Whisky is coming! Raise a glass to your favourite Game of Thrones House with a limited-edition collection of Single Malt Scotch Whiskies. Diageo, the world’s largest producer of spirits, hand-picked seven unique Scotch Whiskies to celebrate the epic fantasy series. Inspired by their diverse range of distilleries in Scotland, Diageo matched seven whiskies to six iconic Houses of Westeros, plus the Night’s Watch, for a taste of the Seven Kingdom.

As GoT fans that love a good drop, The Plus Ones felt it was our duty to celebrate these whiskies hitting Australian shores with a dedicated tasting. The regal night attracted whisky aficionados and Game of Thrones fans alike to a chandelier lit bar in the centre of Crown Casino. 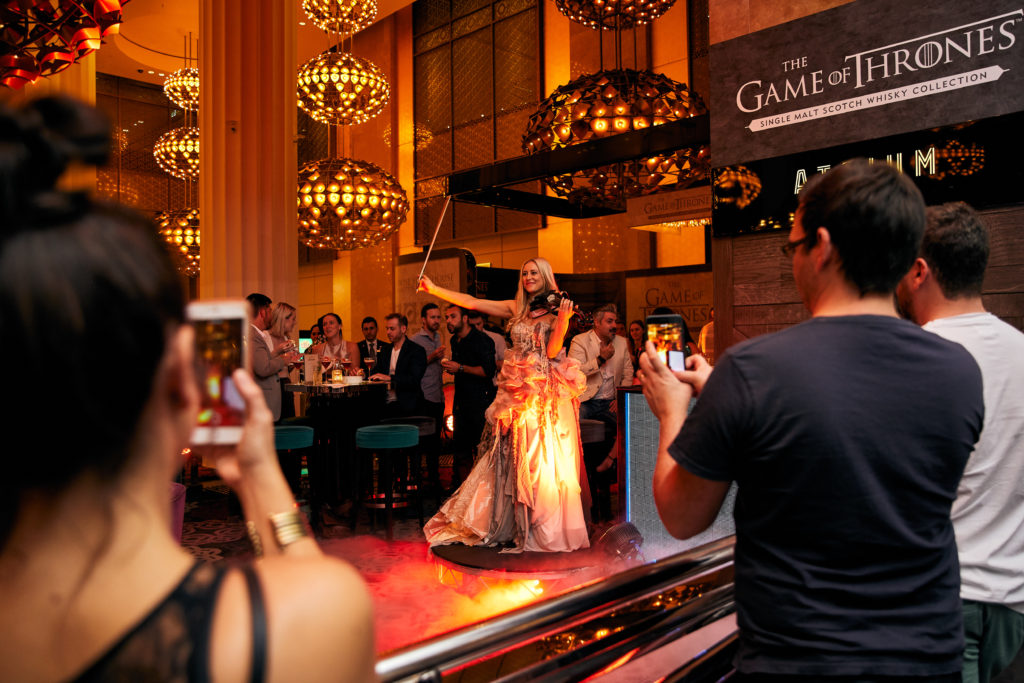 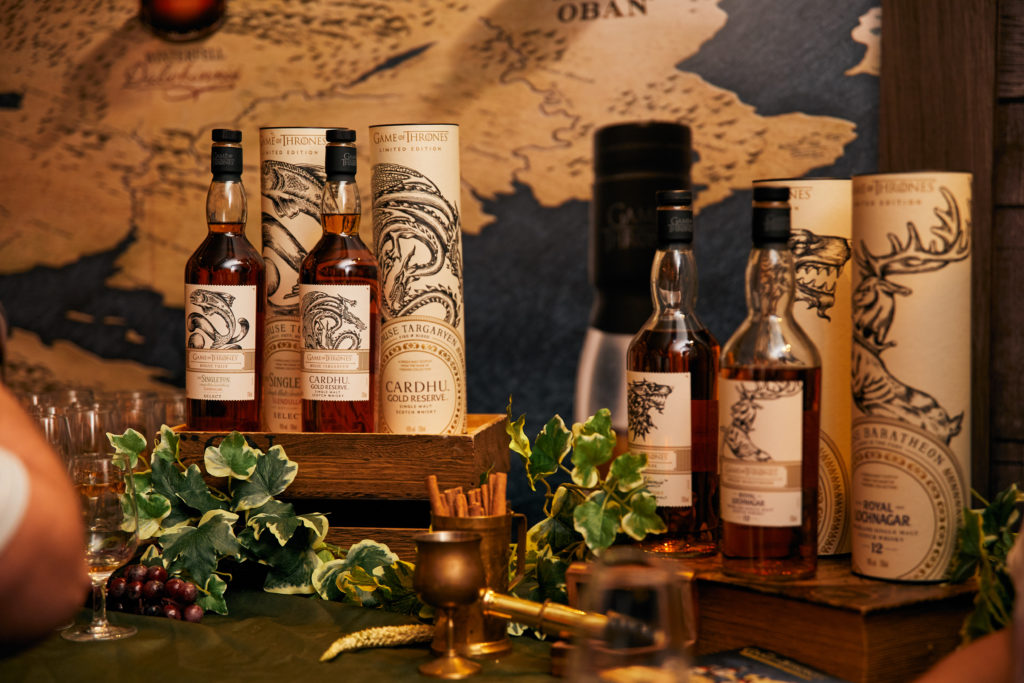 For the Lord Commander, the Oban Little Bay Reserve is packaged in a striking black bottle as dark as the long nights at Castle Black. With a woody, spicy dryness this rich whisky would surely help keep The Night’s Watch warm on The Wall.

The Talisker Select Reserve proved to be a popular drop. Its marine time flavours are a product of wave bashed shores, representative of the seafaring House Greyjoy of the Iron Islands. This single malt is distilled on one of the most remote and rugged areas of Scotland; it’s aged in heavily charred ex bourbon barrels and carries an intense, smoky flavour. 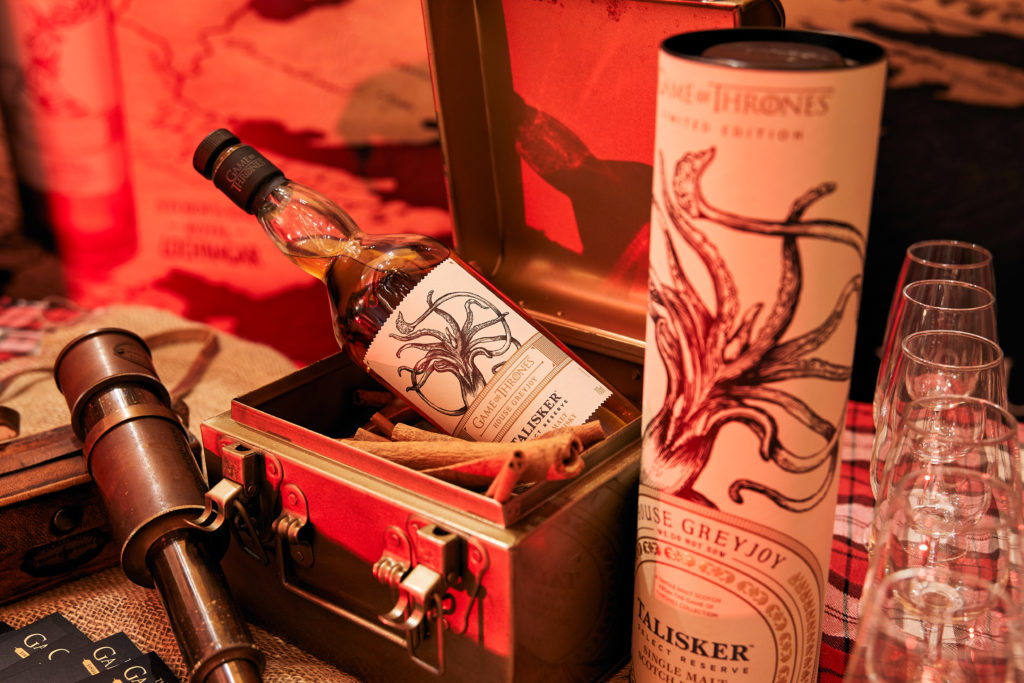 Our favourite drink of the night was the whisky of Kings (and Queens). The Royal Lochnagar 12 Year Old boasts House Baratheon’s royal label. The distillery was also granted a Royal Warrant from Queen Victoria in 1848. This elegant drop features notes of oak and delicate spices and is best enjoyed neat.

“We are thrilled to be celebrating the final season of the show by toasting with whiskies that authentically pay homage to some of the greatest characters and houses,” said Pedro Mendonca, Global Reserve Marketing & Malts Director. 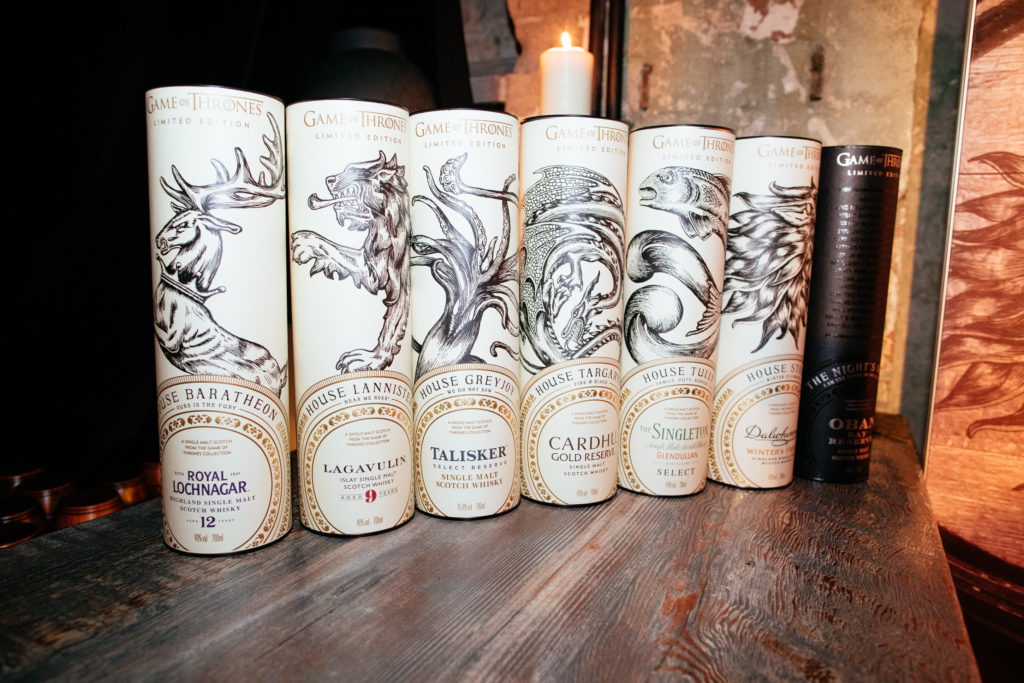 The full lineup of the Game of Thrones Single Malt Scotch Whisky Collection in now available:

– Jenny
Jenny S. is an event adventurer. When she’s not attending live shows, you can find her sampling the latest craft beer or sipping a creative cocktail.
For more information on The Game of Thrones Collection Single Malt Scotch Whisky Collection, visit www.malts.com.

Good Beer Week: The Plus Ones’ guide to the biggest beer festival in the Southern Hemisphere