As part of Dance Massive 2019 storming Melbourne in March, Arts House show Narelle Benjamin with Paul White in Cella, a work about cellular life. A frisson of flesh and breath, their mystical romp wrap us up in magical, metaphysical spell, and is a serious masterpiece. Cella derives from the latin for small chamber and extrapolates out to refer to a hermit or monks’ cell, or of a biological cell in plants and animals.  This work begins with the smallest version of this concept, blooming out into the extraterrestrial and beyond.

Inside the cavernous Meat Market space with its high, arched timbered Victorian roof and cobbled bluestone floor, and asea in a mist of moody low lighting, shadow, and breath, these two star performers bend, wrap, circle, carry and contort their expert forms around each other, and in the space, blasting preconceptions on age, the body, partnering, and what dance is for.

Melbourne’s annual Dance Festival serves up the most up-to-date trends in dance and embodied movement expression and this piece is one of the best slices of the action. 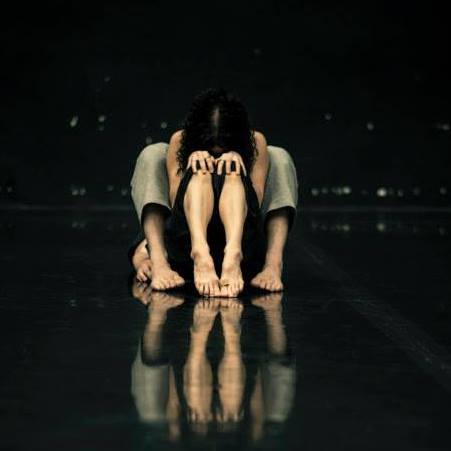 With a 2015 concept by Benjamin, and supported during development by Germany’s famous Tanztheater Wuppertal Pina Bausch, Tanja Liedke Foundation and COLOURS International Dance Festival, this adventurous conceptual dance piece will open your mind to the possibilities of the body, duet partnering in dance, and of life itself.

Its base premise being anatomical and biological and evolutionary systems, this work moves on to the somatic, spiritual and relational aspects of being human. The choreography is top class. The shapes these two meld themselves into, and on each other, partnering at times like one-living being, will take your breath away.

They spare no part. Arms, limbs, torsos, hands, ankles, necks, mouths, touch and absorb themselves into each other’s flesh. You feel like you are looking at a new forming biomass or insect creation with many of the shapes calling to mind Indian gods and goddesses with their multiple extensions. Both artists commit to take these ideas as far as possible with their own bodies and this work’s concept and it has futuristic, otherworldly elements.

Successfully premiered 2014/15, it feels very fresh and relevant in a world of encroaching climate change, as well as global social movement. The marvellous physicality of this work, and its artful and highly detailed choreographic design, already make it a must-see. When they extend into the temporal, the level rises higher. It is a complete treat to spend an hour watching these two exemplars of the very best dance professionalism and you will be captivated and seduced by their forms in action, alone and with each other. Their contact movement is superb and occurs over all levels. Clever simple set design of a box with steps late in the work is a marvellous visual prop which allows their revelation of the human story to really be played out. There are many visually arresting images, where Benjamin climbs atop White, or he crawls with her beneath him, which create fantastic new ideas of form and movement.

The music is a stunning compositional addition. Composed by Huey Benjamin with input from national improvisational stars The Necks, and Colleen, it transports your mind state out of this world, and is both meditative and stimulating. Hypnotic, hearing it alone teleports you into the ritual zone. At times I felt I was staring into outer space, another hemisphere, or into the world where classical gods roam.

This is a top quality work which delves boldly into what being human is, non-human life forms, and where the lifeforce moves us to. Have the pleasures of the flesh to draw your own insights as they rocks their bodies and beings before your eyes!

Disclosure: The Plus Ones were guests of Starling Communications.