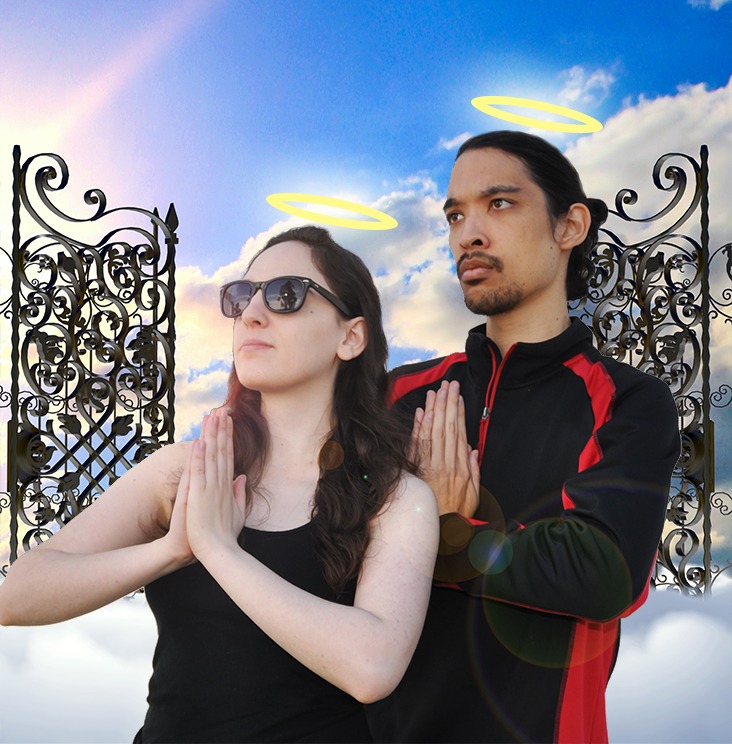 The patrons for this year’s Melbourne Fringe Festival were spoilt for choice when it came to high quality improvised theatre. The variety was especially noticeable, and Rap Rap Rappin’ on Heaven’s Door, a completely improvised rap musical, was especially drawing in the crowds.

Impro duo Cristina Spizzica and Jeremy Hughes, known collectively as ‘Rhymezone’, take a one word suggestion from the crowd as an inspiration for the scenes that they are about to perform. Any time the technician, (who is very in tune with the beats of the interactions occurring on stage), decides to play an accompanying tune or beat in the background, the players must embellish upon their statement, or converse with one another, entirely in rap.

This show is a showcase of both skill and training, and Spizzica and Hughes radiate both to an impressive degree. Improvising rap lyrics and sustaining them within the momentum of the scene is one of the most challenging handles an improvisor can place upon themselves, yet both performers have a knack for rhyme and a grip on the rhythm, as well as an established connection as thespians who know how to support each other.

The hip-hop handle is particularly impressive, but the scene building and intuitive listening that is also strongly worthy of praise, cementing the show as a whole as a cohesive hour of entertainment. The quips and interactions are hilarious, and are never forced. The moments of gold, when offers tie together so naturally through the play of both performers, are highly prevalent. The sense of working together and sharing the focus and burden of lyrical challenges is fun and uplifting. With a strong grip on the shtick of the premise, it is pleasing to see that the stagecraft involved in performing successful improvisation is also top notch.

Hopefully audiences can expect to see more of this radical duo.

Disclosure: The Plus Ones were invited guests of Jeremy Hughes.

Modern Medea pleads her case in Medea- A Reasonable Woman