Take yourself down to Collins Street for the ultimate romantic and literary entertainment. For the ultimate upper-class-boy-meets-lower-class-girl-love story told in Edwardian costumes. A parable of picking up something in the gutter and polishing it into a jewel.  This famous early twentieth century play that has resonances to this very day with witty one liners tumbling out one after the other of the most modern kind. See Shaw’s true play ending, not the confection of the musical adaptation My Fair Lady. All this is on show in a short season delivered in compelling theatrical style by our very own Australian Shakespeare Company in their Pygmalion – The Original My Fair Lady. 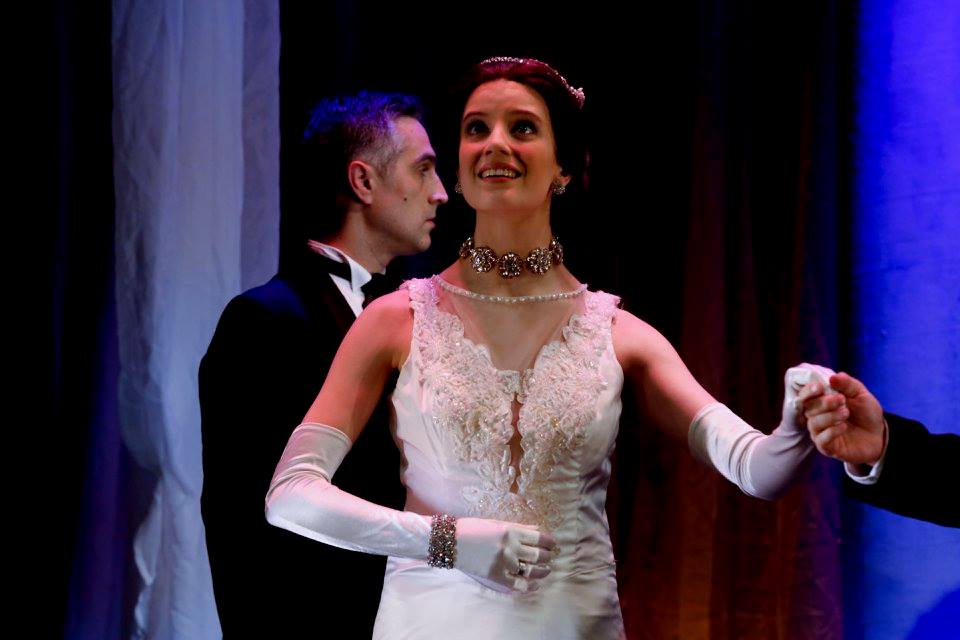 A play about a linguistics Professor who takes on a flower girl as a social experiment, voice coaching her over six months to pass her off in upper class society as a Duchess, has elements the world over loves. Pride before a fall, male academic competency but emotional shortcomings. The power of love to cure all. The poor trumping the rich. Free will v. the human drive to couple and procreate. Modernity, marriage, independence, and, finally, ‘education’- both of the textbook and social kind. This play references all such elements in a charming formula and has a good deal of comical tomfoolery to help it bound along and this colourful presentation allows its natural gloss to shine through.

When the acting and staging are this good, the text can take centrestage, and their skilful execution is our enjoyment. The cast are excellent, with faultless diction and voice projection that could only come from a professional outfit that values the traditions of quality live performance. To hear Shaw’s exquisite writing live, large, and direct, is a rare treat, and their delivery enables you to get inside his philosophy. There is something very fresh and effervescent in their presentation, too, and, though over one hundred years in age, the cast deliver this work as if Covent Garden were just downstairs. 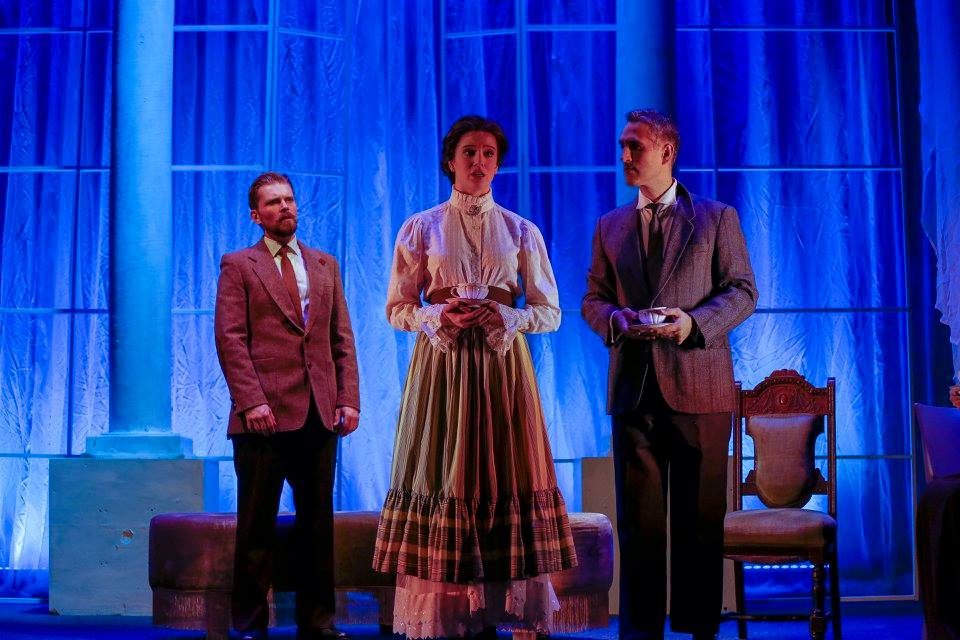 The ultimate modernist treatise, you will revel in Shaw’s anti-class rhetoric and his valorisation of independent agency. Though criticised for an wealthy, educated male making over an uneducated younger female, Eliza Doolittle emerges triumphant as Shaw’s Goddess, the embodiment of the ultimate modern individual, and his socialist interests merge with the feminist ,as they also did in the Edwardian era. This play is romantic on a range of levels, not the least of which is it’s modernist idealism.

Andrew Cullimore lives Professor Higgins, his mannerisms and animation of the part bringing this curmudgeonly middle-aged man very much to life. The ultimate Higgins, with his tweed jackets, grumpy domestic habits, dominating middle-class mother (capriciously rendered by the well regarded Helen Hopkins), and cloyish buddying of his offsider, Colonel Pickering. He shows the boy inside the man when he amps up Higgins’ ribald humour and cheeky anarchism. Scholastic excellence hides a tender heart and Cullimore gives glimpses into the difficult terrain of emotions Higgins has had awakened through his intimate association with Eliza. 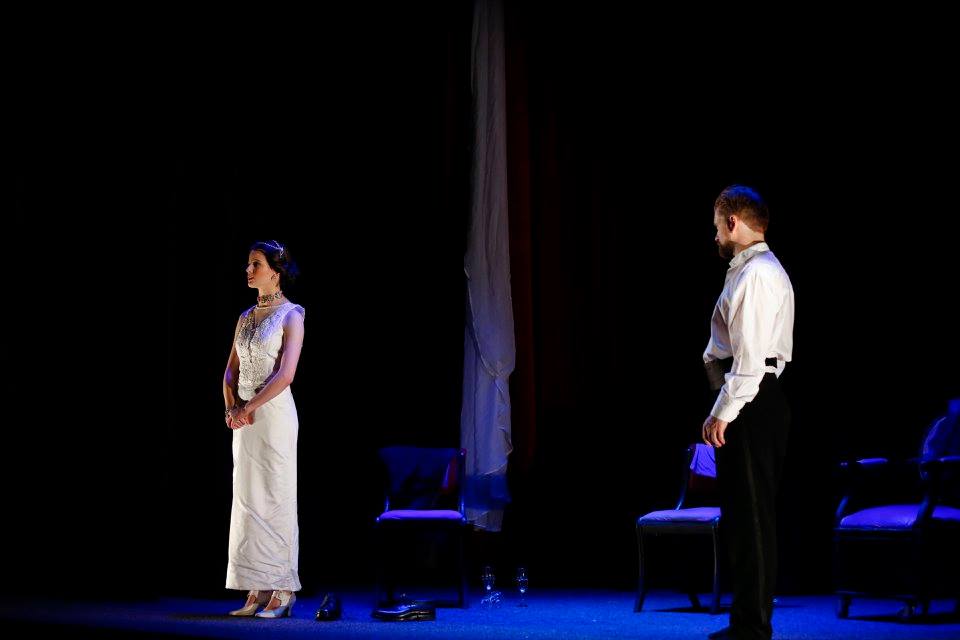 ASC have uncovered a gem in Genevieve Kingsford as their Eliza, her picturesque facial expressions, expressive voicework, and good timing showing us Eliza’s transformation across three acts. From impoverished, yet emancipated, street seller, to upper-class paragon, we see her character bloom from ingenue into young womanhood, and Kingsford’s graceful carriage and delivery carries this squawking street urchin into an elegantly poised agent.

Eliza’s ultimate grace, as Shaw saw it, was not to stay and marry Higgins, but to pursue her own happiness. Seeing the original play awards you the benefit of knowing his intended closure. The emotional frisson between Cullimore’s Higgins and Kingsford’s Doolittle is magical to watch and shows moments of real piquancy towards the end of the play as their true feelings for each other come to the fore. This is the stuff of real romance which can only be evoked by top performers delivering brilliant writing and here we witness these peak, transfixing moments. 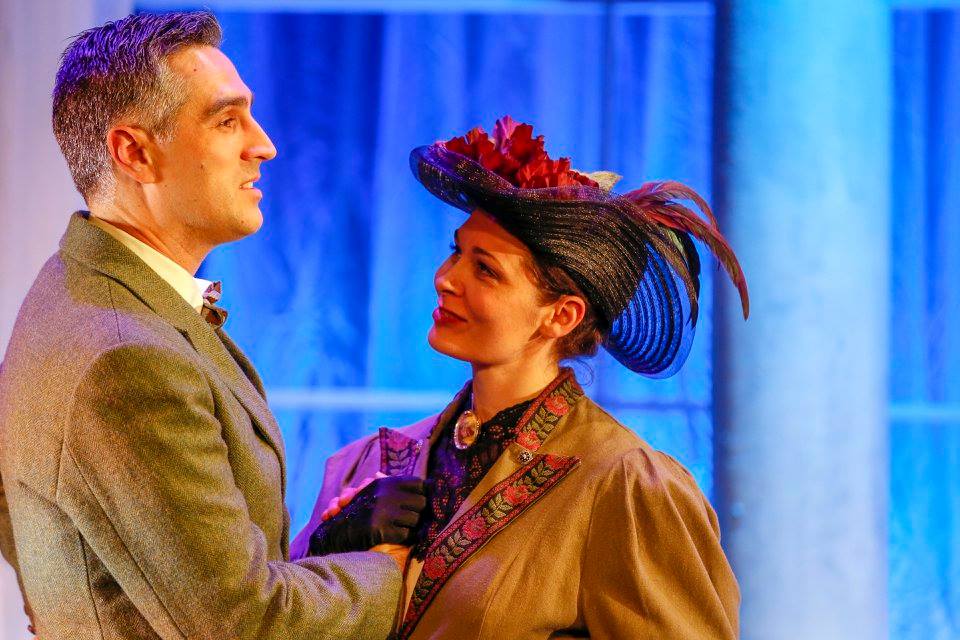 Hayden as Pickering and Leah Baulch as Mrs. Pearce

Peter Amesbury’s excellent lighting adds rich embellishment to atmospheric sets with good musical choices. High columns and fine drapery back lit in royal blues and blushing purples point to class elements and deeper feelings, and the costumes of Karla Erenbots and Kaspa Elston are an experiment in romantic style you will love revelling in. Syd Brisbane, as Eliza’s East End father, Alfred, occasionally steals the scene with his fine clowning. He gets the accent right, the comic body language, impudent address, and greedy scamming of a working class man so well we cheer along with him whilst laughing.

All the cast are picked perfectly for their parts, with deportment and voice being of a high standard. Leah Baulch, as Higgin’s long-suffering Scottish housekeeper Mrs. Pearce, gives the stable hand to the madness of her owner’s private and professional ambitions, playing his necessary foil. 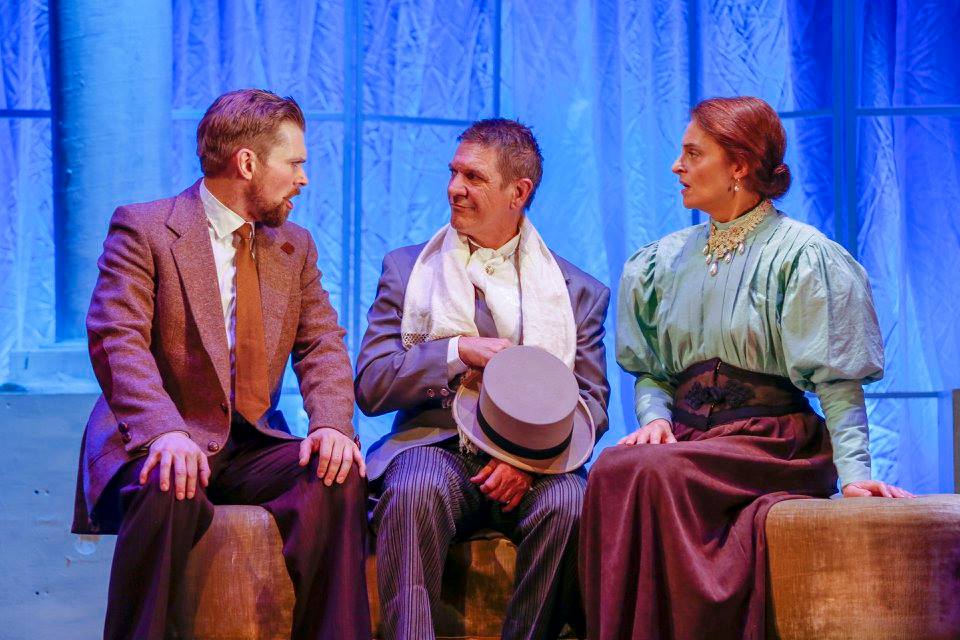 This production is polished purist. It has a theatrical nous and accomplishment that only Director Greg Carroll and a cast of the top order could evoke for our entertainment. See the original work by a strong cast who act as if 1913’s themes were as meaningful today as they ever were. A tribute to Shaw and dreamers everywhere.

Sarah Wallace is a dance-trained Theatre and Shakespearean Specialist with a flair for the bold, and non-traditional performance. On the street, or in the box seat, she looks for quality works that push the envelope.

Book for school groups, or for in-school incursions.

Keep up to date on their 2019 program via the  ASC website or on Facebook. Catch this show in Sale, East Gippsland, 20-21 June at The Wedge.

Disclosure: The Plus Ones were guests of The Australian Shakespeare Company.

MoMA at NGV: 130 Years of Modern and Contemporary Art