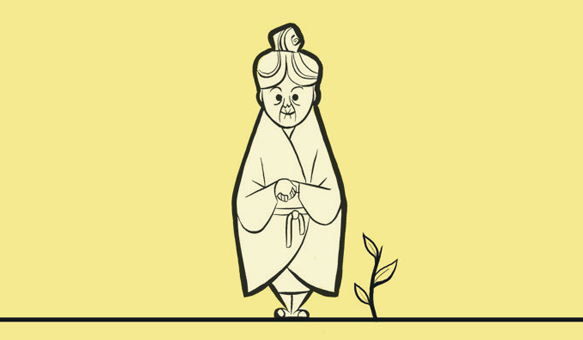 The Butterfly Club serves up a wonderful array of shows outside of the festival season throughout the year, and there is one that is currently earning praise in the field of creative theatre. ‘The Three Deaths of Ebony Black’ is a beautifully crafted show that is not afraid to be mischievous in how to present its tale. It is puppetry and musical mayhem at both its sweetest, and farcical, best.

Performers Amberly Cull and Nick Pages Oliver bring to life eight main characters in puppetry form as musician Robert Woods, (who collaborated with Cull in the writing and musical composition of the show), contributes to the overall soundtrack, ambience, and backing to the original songs throughout the performance. Danny Miller’s puppets are sleek and effective, offering enough versatility and play while capturing the quirks that each character conveys. The puppet of Ebony Black is especially intricate, setting the vibe in motion that a lot of thought has gone into the construction of the vessels of this story, as well as a fair amount of workshopping to ensure their personality comes through in the subtlest of movements.

There is so much love for the craft present as situations escalate, especially when both performers attempt to cope and support each other to keep multiple characters animated. The songs are catchy and playful, the situational comedy is delightfully stacked, and the entire show itself is masterfully bookended with a warm and thoughtful quote that ties together the whole experience. With only a few shows left to book in, be sure to not let this season pass by.

The Three Deaths of Ebony Black runs from the 14th to the 19nd of May at The Butterfly Club at 7pm. Purchase tickets now.

Disclosure: The Plus Ones were invited guests of Amberly Cull.

Bard To The Bone: 2018 Stratford Shakespeare On The River Festival