The world premiere MTC Education’s production of Jean Tong’s play, Hungry Ghosts, is a contemporary take on the life of young international students in Australia and the ghosts of homeland identity. Taking recent world events connected to Malaysia, it’s an exciting foray into a novel area and critiques uniquely Malaysian problems such as official corruption, money culture, and the impact of the spread of global imperialism. An endearing hour of theatre, it is brief and bold, pulling no punches, and has emotion at its heart.

In Buddhism, hungry ghosts linger in the world as beings driven by intense needs. These ghosts arise from violent or unhappy deaths, or lives, or who neglect worshipping the ancestors, and are driven to evil in their incarnation. 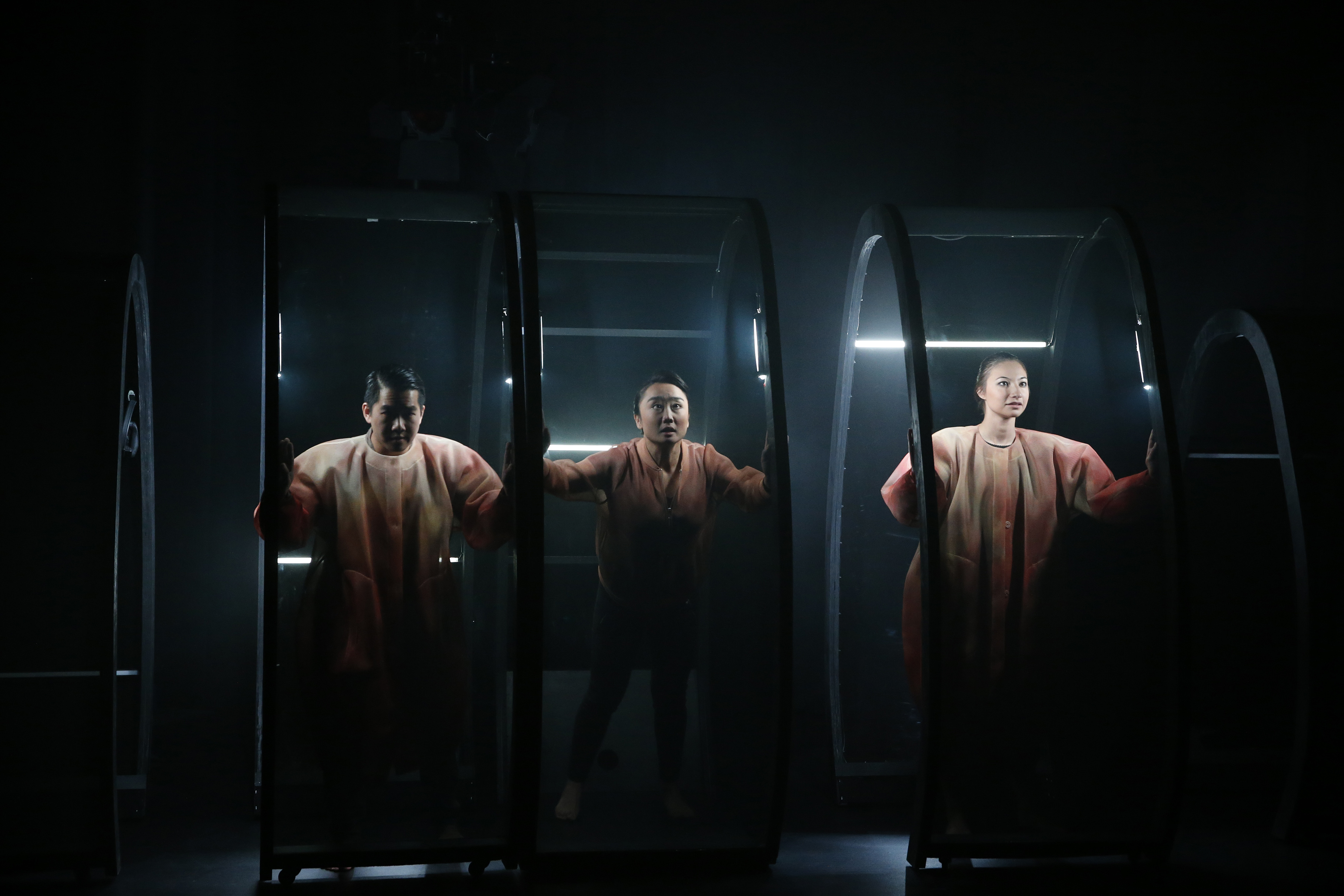 With so many international students in our city, these felt like people you pass in the street everyday and are coolly acted by three young cast who resemble Ariel from Shakespeare’s The Tempest being cheeky, flexible and curious, on the cusp of adulthood. Their manner was relaxed and informal, like the good global citizens they are but the script points to the constraints of family and home country problems as voices inside their heads. The core of this work is alienation. Dislocation, inauthenticity, fragmentary realities and the slippages of identity.

The plotlines concern the 2014 disappearance of Malaysian Airlines flight MH370 en route to China woven in with the 1MDB financial scandal of 2015 where a Prime Minister funnelled USD 700 Million fora government contract into his own bank account. Years of investigations never found the plane or the 239 bodies aboard it, and no inquiry has provided answers as to where the 1MDB money went. The questions buried inside both queries concern interested parties: who instigated both events, who protected the transactions, and the lives officials and the wealthy live above their citizens. The lighting and sound design magically render this ‘otherness’ of the absent eloquently. 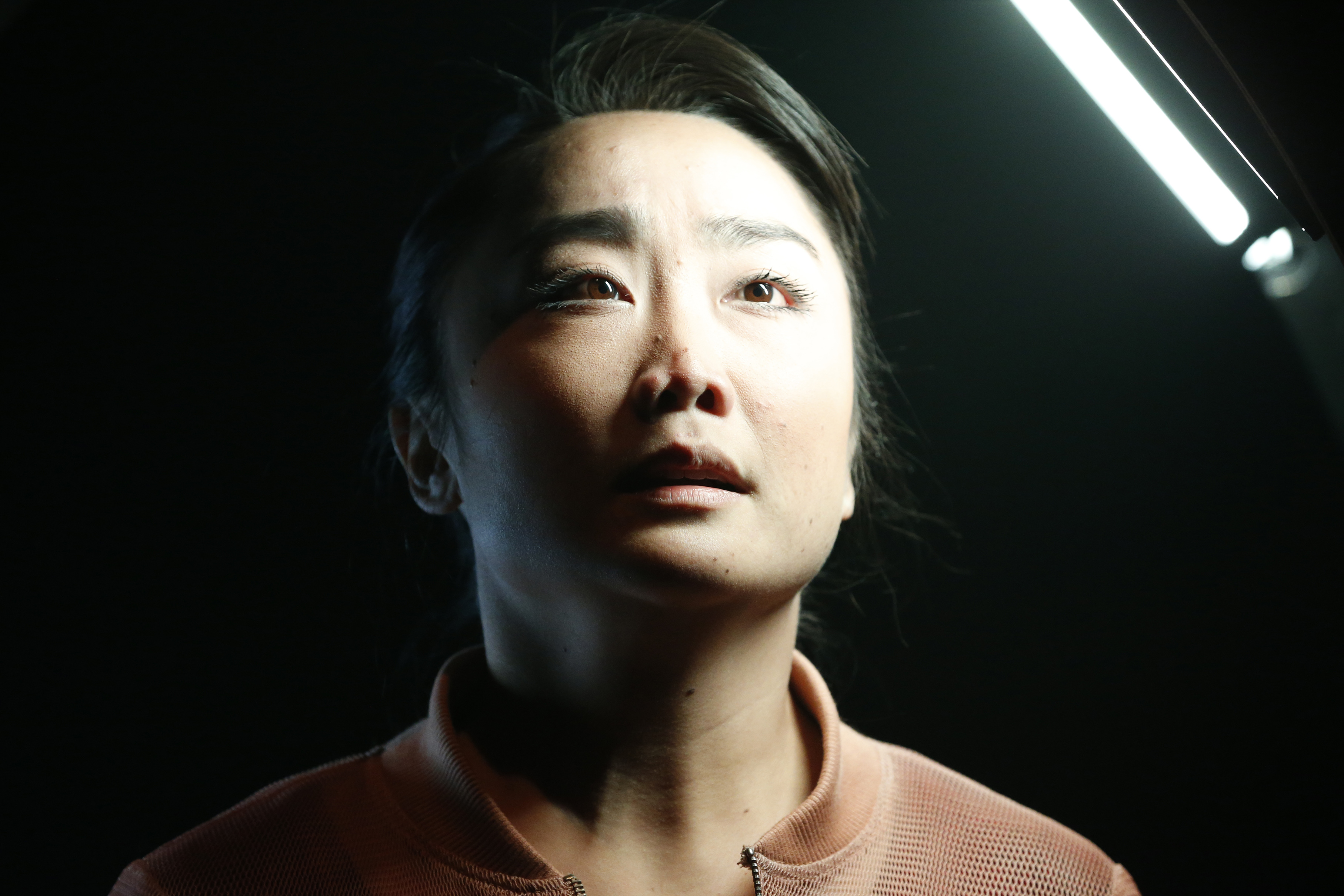 Directed by Petra Kalive, the main character seeks answers to such troubling events at a distance, struggling to locate evidence in the official story, and feels betrayed by her country of origin. The silent force of suppression is the only answer she finds. She also identifies as queer and this is another real thing which must ‘fall to the bottom of the ocean’, never to be known openly, an unconscionable truth. We hear the stories of family, of the forced separation that international study entails in the search for ‘a better life’ of economic advancement. The storyline muses on the cost of such bold enterprises- dislocation from the homeland, family rituals, food and eating practices, and  interrupted relationships- which all unite a people in their culture, delicately woven into the script through domestic scenes with repeated food motifs.

Eugyeene Teh’s airplane interior set is beautifully evocative. The shell of an airline carriage in pieces, with parts on castors, like the 3-size luggage cases that roll in and out of Australian airlines daily, the cast climb about like monkeys in and on these oversized jigsaw pieces, as if they are in the shell of a dead whale whose flesh has been eaten away by time. As frequent flyers themselves, these transnational aliens inhabit it as a permanent identity- between places, in transit, incubating.

Painted black, it is the carcass of the body of a plane that fell five fathoms deep, or went direct to the Afterlife, who knows, and is an elegant poetic embodiment of the tone of presence and absence throughout the play. Its spine-like links also refers to the chain of existence in reincarnation of the play’s title, echoing the otherworldly hauntedness in the script. 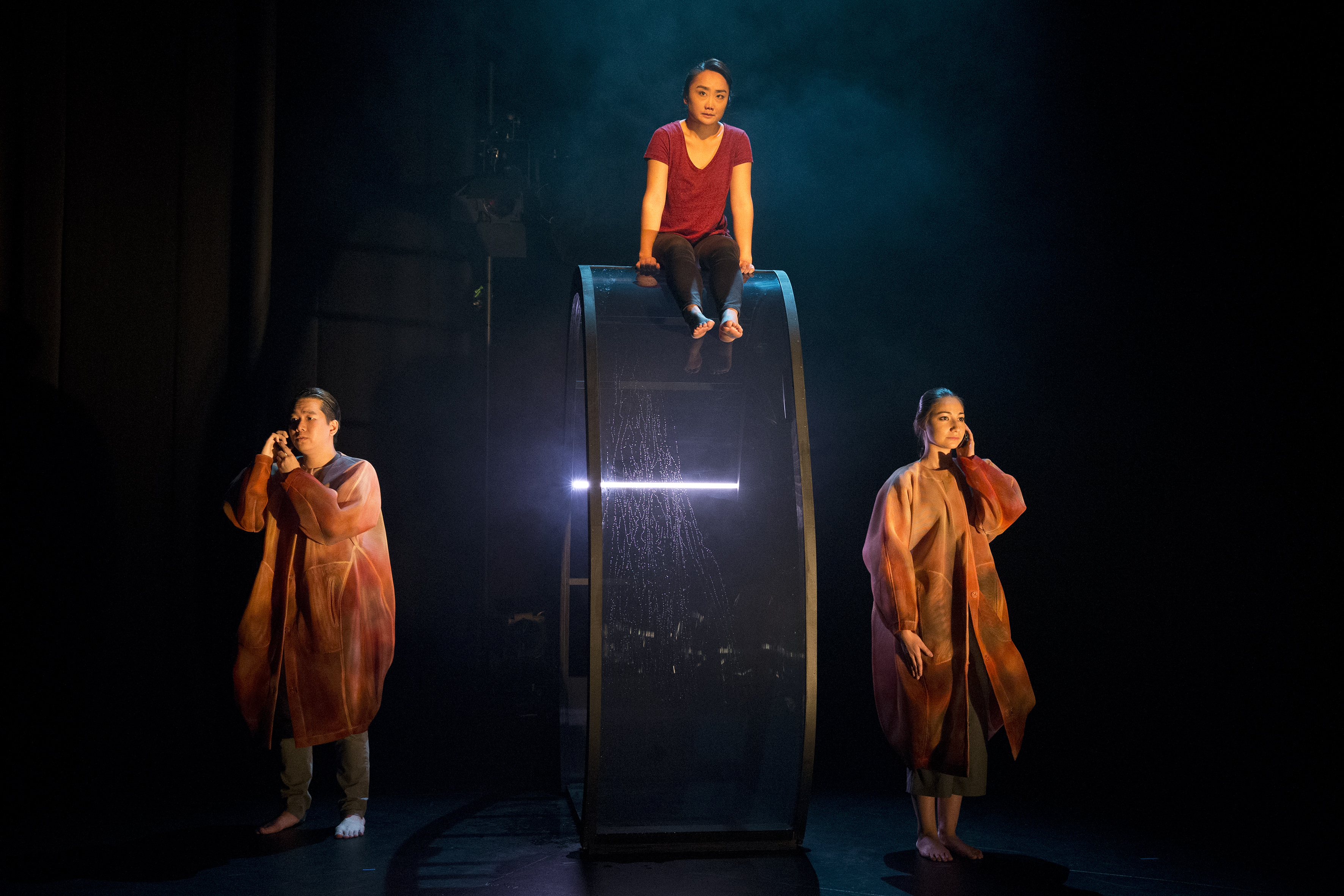 Jing Xuan-Chan acted supremely, dominating the stage. Her authenticity, emotional expressiveness as well as natural body language pulled focus as a central subject of the narrative. Her Malaysian-Anglo accent didn’t strive, and had delicate flowery inflections of the malay mixed with Australian colloquialisms and swear words. Bernard Sam seconds her in his closeness to South-East Asian accent, also adding the deeper bass of a male voice and story, necessary to the whole text. At times, these three voices are like ghostlike sisters and brothers. They are the cultural inheritors of this Malaysia.

The script is emotive and direct. Its simplicity contrasts the volume of unanswered facts that lie as deep as the dark ocean which haunt its tone.

This beautiful piece of questing is a great new work to see in Melbourne and by MTC. It’s the kind of new world dreaming we need in a 21st century metropolis.

Follow MTC for future events posts or their website for their 2018 calendar and suite of engagement offerings.