A league of extraordinary performers meet once a year. To learn more, The Plus Ones talk with Alexander Briger AO, Chief Conductor and Artistic Director of the Australian World Orchestra.

From May 2nd to 5th, the Australian World Orchestra will play Brahms Symphony No.2, Tchaikovsky Symphony No.4, and a Verdi surprise. Guest conductor Riccardo Muti is feted for these specific symphonies, and his direction of Verdi is peerless.

In its mere eight years of existence, the orchestra has worked with leading lights Simone Young, Brett Dean, Simon Rattle, and Zubin Mehta. “We’re the only one of its kind on earth,” co-founder Alexander Briger is happy to note, of the orchestra’s composition. All its 250 participants are Australians, from the upper echelons of orchestras worldwide. Each year, select participants perform symphonies either with an Australian conductor, or an iconic visitor.

“I’m very proud of the fact that we’ve been able to secure these incredible conductors so quickly,” continues Briger. The likes of Muti, Rattle, and Mehta rarely venture downunder, but they do so for this company. Briger credits their enthusiasm to the supergroup’s sound, which he is pleased to have realised. Good orchestras, like good singers, are identifiable by an exceptional tone, or collective voice. “The sound was really as good as I was expecting it to be,” he recalls, of their early days. 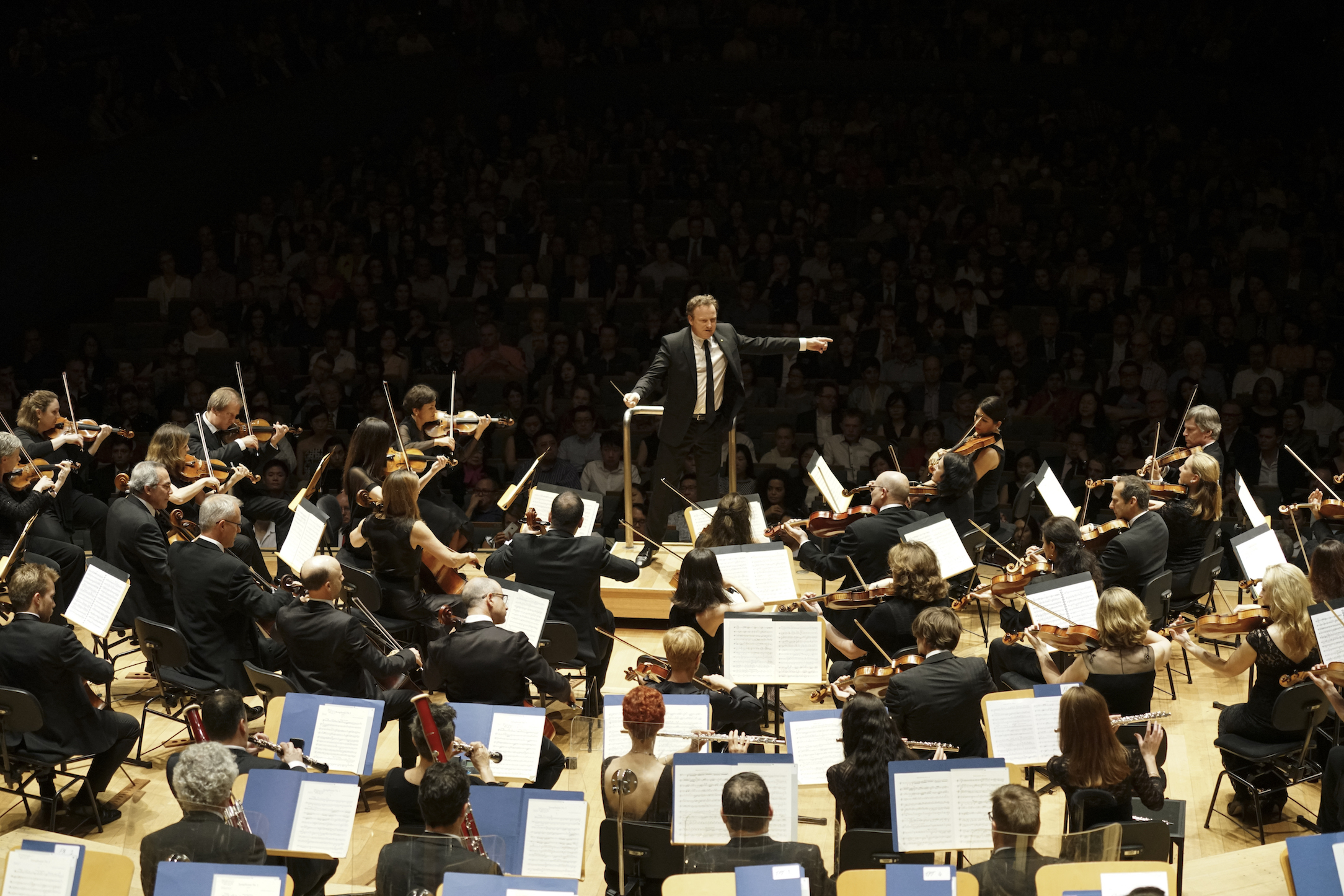 Through the magic of musicians attuning to a conductor, local audiences will hear inflections of Vienna Philharmonic sound, live in concert. Maestro Muti is known for conducting orchestras to showcase every instrument section. “Brahms’ 2nd is so lush and beautiful and you can really create that Viennese sound, and that’s something that we wanted him to concentrate on.” Briger explains. Hear what he means, beginning with the principal theme by cellos and double-basses of the first movement:

Muti is an esteemed conductor who has led performances at the Salzburg Festival, Vienna Philharmonic, and Berlin Philharmonic. Mastery of Verdi was established during a 19-year tenure at La Scala, Milan. Prior to La Scala, he was at the Philharmonia Orchestra of London, successor to inaugural conductor Otto Klemperer. Throughout Muti’s career, Tchaikovsky’s 4th has been a repertoire highlight. Listen to his fiery interpretation with the Philharmonia, that endures as a recommended recording:

Admiration is mutual between the diasporic Australian World Orchestra and its charismatic conductors. After their much-acclaimed 2015 event, Simon Rattle declared the ensemble “an international treasure.” He gushed (yes, he did), “Bless you, the crazy people who came up with the idea in the first place.”

Those “crazy people” are the two founders, Briger and his sister Gabrielle Thompson. What was an inspired thought in 2009 culminated in 2011 with a four-day inaugural festival. There was an Australian conductor, an Australian composition, a didgeridoo soloist (who also gave lessons), a Wagner overture, a Beethoven singalong, and a concert for children. Stretching the limits of resources and geography, this is a company adventurously planning programs, commissioning compositions, and nurturing newcomers.

Another year, another idea was a world-first commission: the concerto for 8 double basses by Elena Kats-Chernin. “I wanted her to write something that had never been written before in the history of music,” Briger recollects with a chuckle. Other unexpected programs have advocated for composers rarely heard in local concert halls: Bruckner in 2015, and Messiaen in 2017. Then there was that time when the orchestra toured India with Zubin Mehta, attracting an 18-hour queue and a police presence for the over-excited crowd. 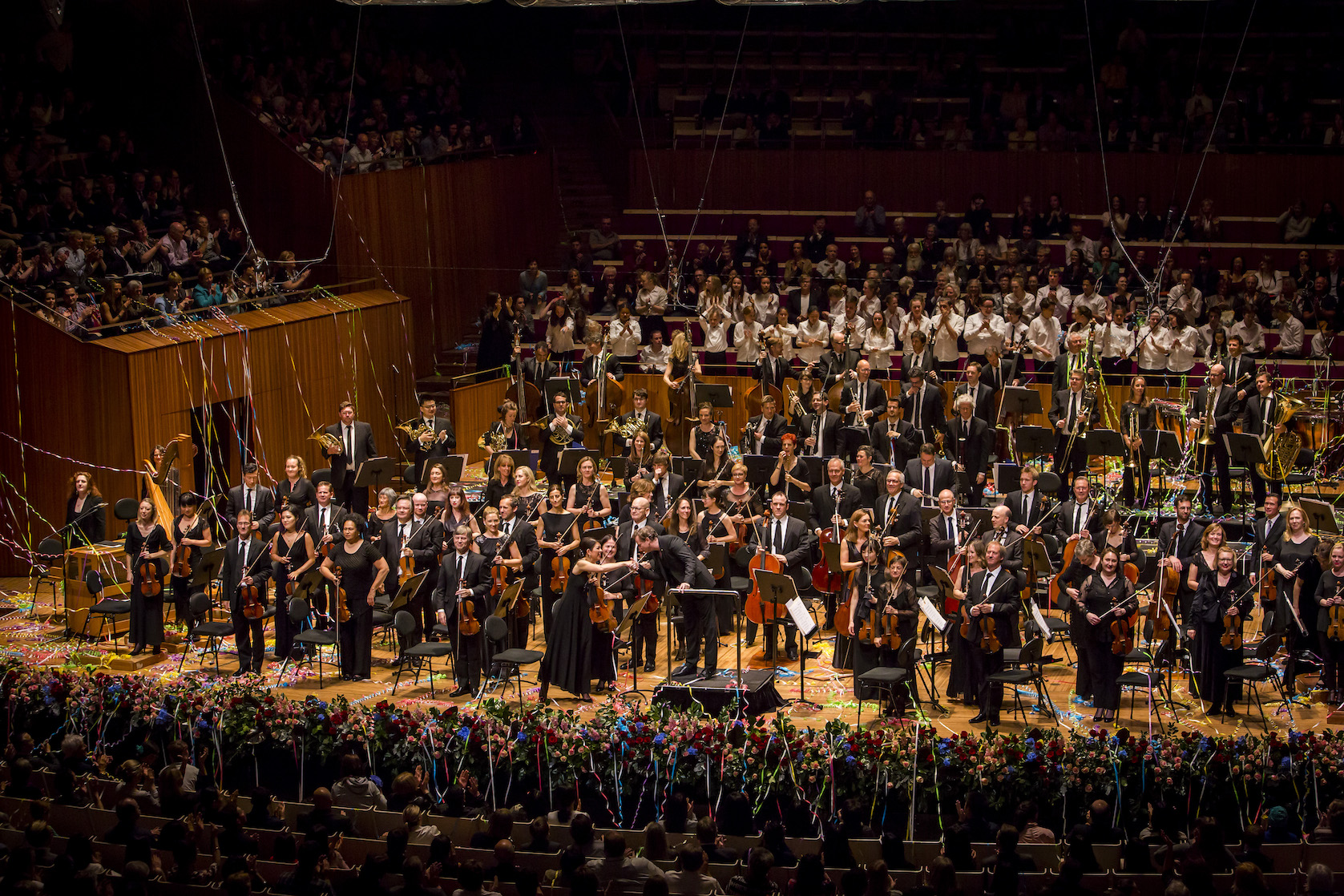 Ultimately, this ensemble is in the business of transcendental orchestral experiences. Briger still remembers the deep quietude that he experienced years ago, with another legendary orchestra. Its concluding symphony notes had slowly, slowly disintegrated into desolate silence. Still, their conductor had remained poised and the audience didn’t move for a long while after. Briger muses, “Everyone just sat there. There wasn’t a sound. I’ve never seen that ever before, in my life.”

Riccardo Muti conducts the Australian World Orchestra on May 2nd and 4th at Sydney Opera House, Bennelong Point. The program repeats in Melbourne on May 5th at Hamer Hall, 100 St Kilda Road. Venues are accessible.