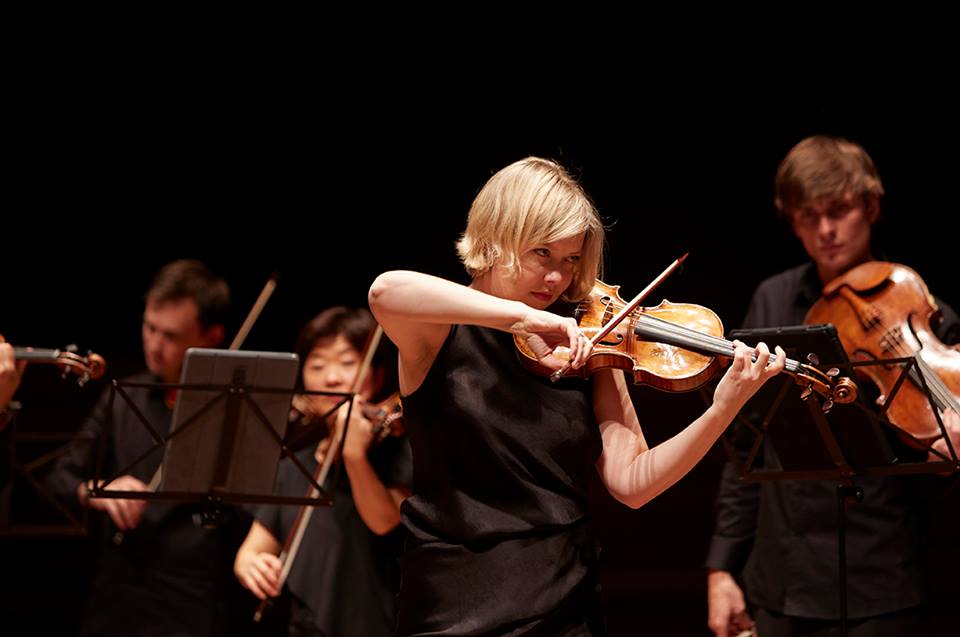 For the second program of their national season, the Australian Chamber Orchestra put on a sparkling show with guest conductor Alina Ibragimova. Russian-born, London-based Ibragimova is a violinist who has made a name for herself through skillful interpretations, from period Bach to new commissions. Hers is not the territory of mainstay, and she correctly estimates that ACO audiences will listen to rare repertory. Overall, the selection is a collaboration of ambition shared by soloist and ensemble.

Change in program order improves the progression of tempo and themes. An austere Mozart opens the evening, then Barber’s solemn adagio, and a rarely-performed Hartmann concerto. Post-interval, Pärt’s mystical tribute is beautifully presented, its cool elegance a prologue to Schubert’s resignation and rage. The connecting thread for tonight’s setlist is the idea of death. Mindfully, to be immersed in art about death is a separate reality altogether; what is typically taboo is eruditely expressed through Baroque unto Minimalist music. 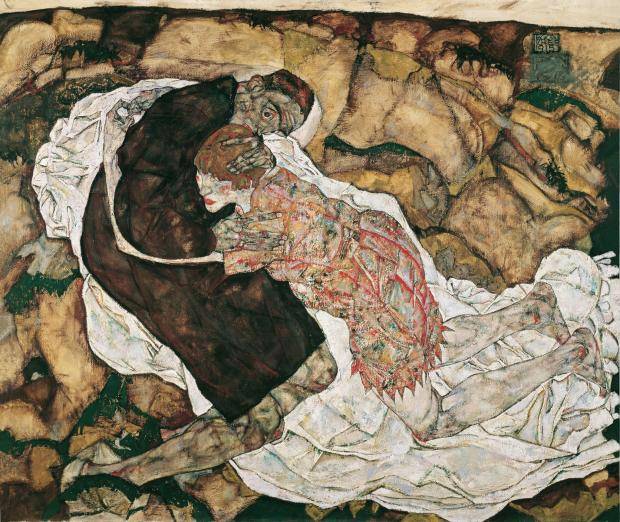 Wolfgang Amadeus Mozart’s Adagio and Fugue in C minor K.456 (1782-88) is a mature work that invites speculation by historians. It is at odds with his tuneful Nachtmusik of the same period, and the joyful Symphony No.39. Of note is the fugue indicative of Mozart’s contrapuntal experiments, as in “Jupiter,” K.551. Mozart’s Adagio and Fugue is a Viennese church sonata form that is prescient: Baroque rhythms reminiscent of Handel, paired with discordant music anticipating the future. It is a fascinating work in string literature, as a key to Mozart’s final symphonies and an instance of early atonal structure.

Cleverly, as if to whet accessibility, this setlist about death features the populist Adagio for Strings Op.11 (1936-38) by Samuel Barber. Originally written as a string quartet when he was a student aged 26, the adagio has since commemorated funerals (A Einstein, JF Kennedy, Grace of Monaco, Lee Kuan Yew of Singapore) and memorials (September 11 2001, Charlie Hebdo 2015, Manchester Arena 2017). Film and television appearances include Platoon, Gattaca, Amélie, The Simpsons, Red Dwarf, and Top Gear. Critical yet commercial, stately yet sentimental, it is uncannily universal in affect. Violinist and orchestra are as one in repeating and inverting the motif. Despite Barber’s conservative tradition and conventional transcription, the compositional simplicity is commanding.

Outside of his native Germany, Karl Amadeus Hartmann’s concerto is obscure compared to Barber’s adagio. Concerto funebre (1939) was Hartmann’s rejection of fascism, representative of the composer’s longstanding objection to the Nazi regime. By his own choice, his music was never performed under Hitler’s dictatorship. The concerto quotes songs about resistance and revolution, respectively as choral phrasing in the first and fourth movements. Ibragimova recorded Hartmann’s concerto in her debut studio album a decade ago. Live onstage, her violin with the ACO strings call and respond in gorgeous dialogue, across melodic lament to dissonant coda. 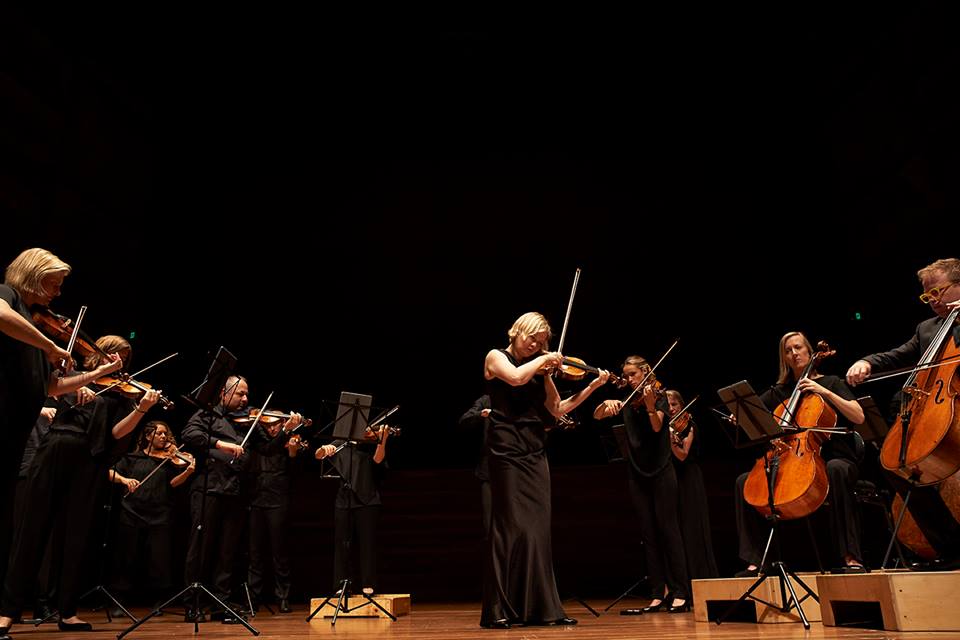 To emphasise spiritual cadence via Arvo Pärt, lights are dimmed. Only the barest of illumination alights on string instruments, their players unseen. During his later years the modernist Estonian turned to Eastern Orthodoxy, which he expressed through Minimalist idiom in church music form. He pioneered a singular “tintinnabuli” style where silence is punctuated with bell-like phrasing. Silouan’s Song (1991) is named for a German prayer by a barely-literate monk, translated:

“My soul yearns after the Lord, and tearfully seeketh Him
How canst I not seek Thee?
Thou first sought me and let me partake of Thy Holy Spirit
and [let] my soul love Thee.”

A pause, then applause breaks the reverie. Hamer Hall lights up for tonight’s centrepiece, a string orchestra arrangement by ACO artistic director Richard Tognetti. Franz Schubert’s String Quartet in D minor D.810 (1824) was inspired by the Matthius Claudius poem “Death and the Maiden.” Schubert was then terminally ill and unhappily impoverished. The original quartet was an personal plaint of his impending death, in parts programmatic and abstract. Far from being monotonously mournful, three of the four movements are dynamic. Its allegro is a whirl of feeling, with a slow fade into the pleading andante. Then a brief, rapid scherzo is followed by dazzling presto, based on the tarantella folk dance:

Ibragimova and Tognetti, with the Australian Chamber Orchestra, set a national performance standard for string orchestra. At start to finish theirs was a charismatic concert in terms of orchestral interpretation, choral quotation, and musical citation. Enlivening, indeed.

On April 9 and 22, soprano Nicole Car performs with the Australian Chamber Orchestra at Hamer Hall, 100 St Kilda Road. The venue is accessible. Before her eponymous tour begins, watch and read of the program.

Disclaimer: The Plus Ones were invited guests of the ACO
Images: Zan Wimberley and the ACO

‘Less Is Now’ presented by The Minimalists