Comedy in the Lido Cinema Jazz Room on a Tuesday night is such a great idea. The room has so much heart with host and regular performer, Ferdi Billimoria, handing out flyers in front of the doors in the minutes before the show begins, creating a warm and inviting atmosphere.

The evening was coordinated by impressive local talent, Jonathan Schuster, who emceed the night and delivered some stellar movie-themed jokes with the tact of Uncle Buck flipping flapjacks with a snow shovel. Schuster kept the audience engaged between artists and kept the night buzzing.

Lido Stand-Up Comedy Tuesdays gives you a sensational lineup of Melbourne’s brightest comedic performers performing original material. And if you step outside of the Jazz Room, they have $8 beers with an option to grab a popcorn for $2 extra. I guarantee you, you’ve never realized how much you wanted a giant box of popcorn during a comedy set until this event. 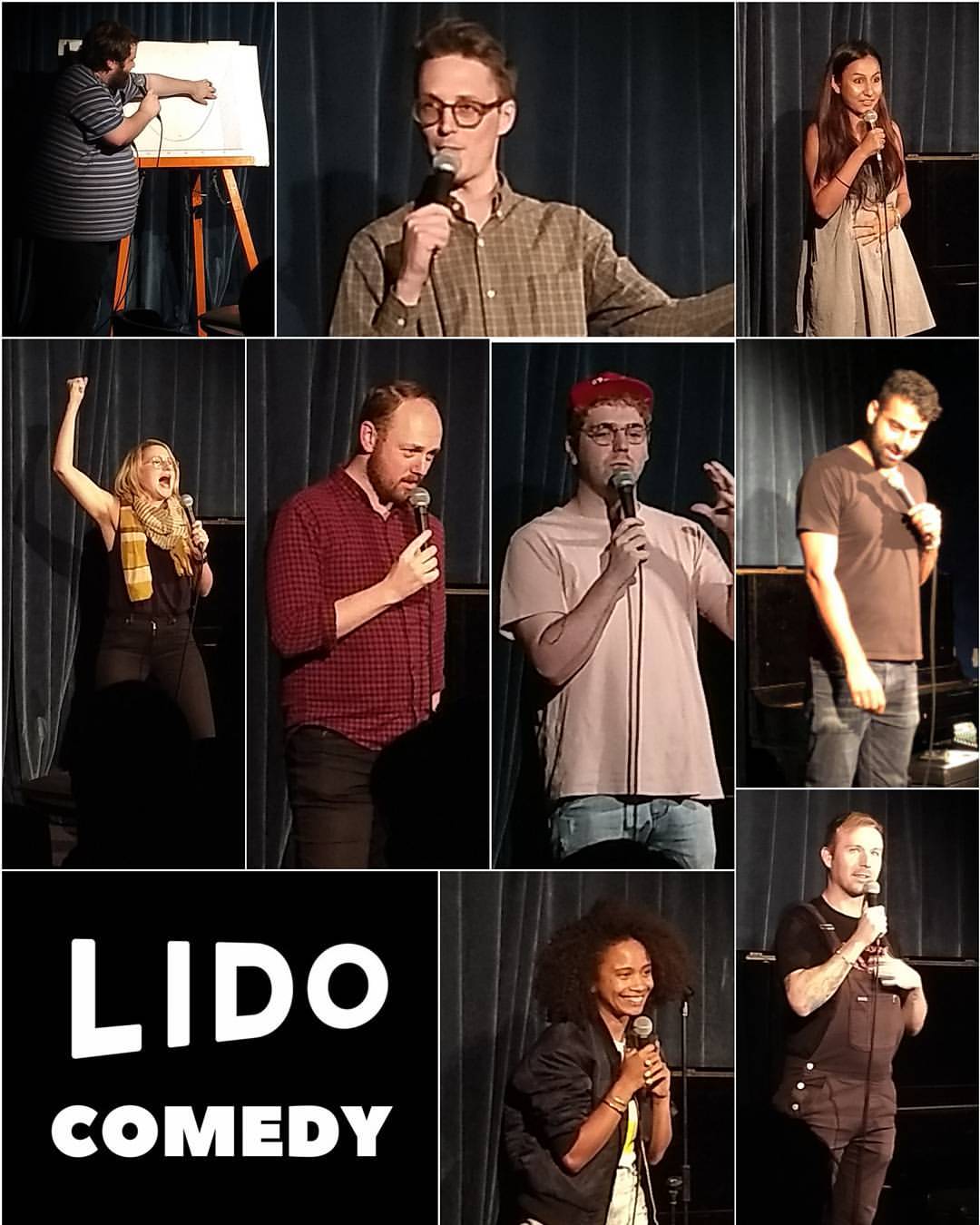 Melbourne’s newest comedy night in the Lido Jazz Room will feature some of Melbourne’s brightest stand-up comedy talent every Tuesday. One of my favourites on the night I visited was former Ballarat call centre superstar, Peter Jones. Jones is one of the more established comedians that completed the lineup that evening. But there were some really impressive young comedians worth keeping an eye on as well, especially Perri Cassie.

The room is uniquely situated out in the Eastern suburbs. For those folks located out there this really is a sensational opportunity to see some of Melbourne’s comedy talent close to home. For visitors, the room is located about a two-minute walk from Glenferrie train station, so access is amazing.

– Rian
Looks up to JOBA from Brockhampton more than any other member of the band for his inspiring ballad on FACE.

Disclosure: The Plus Ones were invited guests of Lido Comedy Tuesdays.
Photo credit: Ferdi Billimoria.

Sweating at the ‘Worktable’ at The Festival of Live Art