A calendar highlight at Melbourne Recital Centre is ‘Great Performers‘, its flagship recital series. The recital is a form designed for intimate listening to a soloist or a group of few, to become familiar with instrument or voice repertory. It is a platform that displays the virtuosity of a musician. We are fortunate in the cast of this year’s recitals.

The 2018 series-opener is Brazilian-born pianist Nelson Freire. He sets a high bar to begin with, for Freire is a connoisseur’s musician, beloved by niche listeners although comparatively unknown to the general classical market. He first visited Australia over twenty years ago (courtesy of Anthony Fogg, the Australian-born artistic administrator of Boston Symphony) and most recently in 2016. At 74, he remains one of the most consistently thoughtful performers of piano repertoire.

Monday night’s program features Freire’s greatest hits, many of which he has mastered over decades. Mozart’s ‘A-major sonata K.331’ was Freire’s first public performance when he was five – yes, five! – years of age. Here he shows an articulate clarity borne of long association, and a warmth befitting the Steinway C-model piano. Second on the setlist is Schumann’s fine ‘Fantasia’, admired for its technical resolution of a C-major tonic with G dominant. Freire’s technical skill ensures that episodic emotion is felt forefront, for Schumann composed this work as a lovelorn tribute to his future wife, Clara. So it is that moody foreboding and determined optimism are conveyed dreamily, in what is an emblematic composition of the early Romantic period. 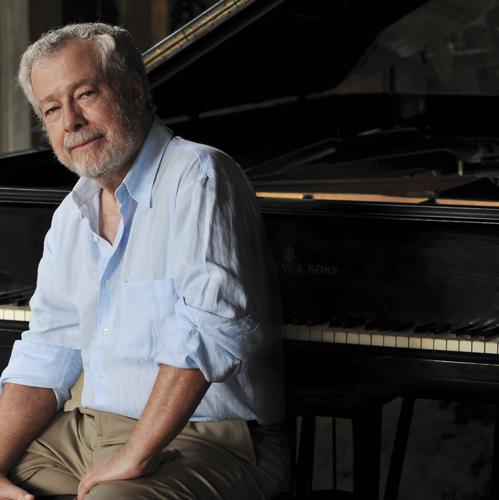 Following a 20-minute interval, Freire returns to play pieces by Chopin, Debussy, and Albéniz. Chopin’s ‘Impromptu in F-sharp’ is a mature work composed in an unusual key, with numerous improvisations to a conventional structure. ‘Ballade in A-flat major’ is another deviation, specifically from the norm of a sonata. Debussy’s ‘La plus que lente’ and ‘Golliwog’s Cakewalk’ (6th, Children’s Corner suite) splices jazzy melodies with in-jokes. With these four pieces, Freire’s virtuosity of technique and tone are clear; his interpretation is straightforward yet heartfelt.

Albéniz’s softly-spoken ‘Evocación’ (1st, Iberia suite) and brisk pronouncements of ‘Navarra’ are inspired by Andalusian folk music to evoke the landscape of Spain. Together with two encore pieces (‘Tango’ by Albéniz, and Grieg’s ‘Bryllupsdag på Troldhaugen” aka ‘Wedding Day at Troldhaugen’) the final miniatures comprise four Post-Romantic idioms of traditional music. Freire plays deftly and carefully, with a craftsperson’s joy for intricacy. In context with Mozart and Schumann, the miniatures unfold with a refined efficiency. Grieg is especially celebratory to hear, an encore favourite of Freire’s and apt for his attentive audience. 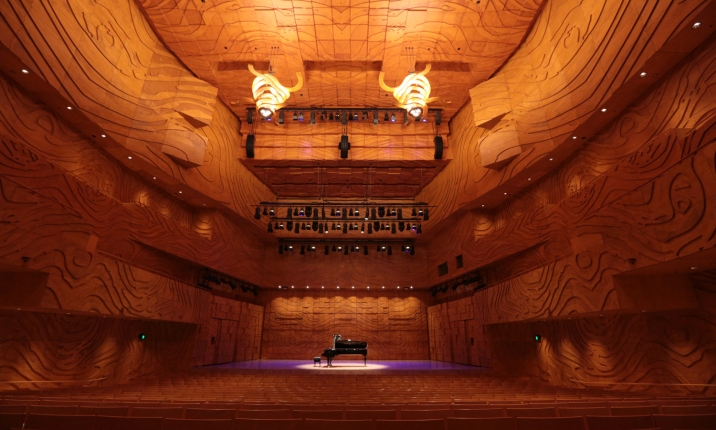 Part of the ‘Great Performers’ experience is a pre-concert talk, scheduled prior to each recital. Kristian Chong, a classically-trained pianist who teaches at the University of Melbourne, is tasked with describing the significance of the musician, as well as miscellany pertinent to the program. For his talk on Freire, Chong demonstrates musical elements by playing excerpts. This half-hour session is a terrific way of learning how and what to listen to, in classical music. It is also a time in which to look around at the gorgeous interior of the recital hall. Named after Elizabeth Murdoch, hall walls are clad in pine timber panels reminiscent of Australian red earth topography. Its decoration belies serious acoustic engineering: 54 steel springs (550 tonnes in weight) suspend the hall, while 250 mm of concrete encases the whole.

As is evident from Chong’s excitement, and the anticipation from Monday’s audience, Freire commands respectful fervour. Still, there is nothing showy about the man himself. Freire’s uniform is a pressed black shirt worn untucked over black pants, and his smile is ascetic as he acknowledges applause before swiftly taking his seat. Even as his right hand is adjusting the stool underseat, his left hand is already upon the Steinway. With characteristic modesty, Freire simply begins, already subsumed within the music. It is absorbing.

Future piano repertory in “Great Performers” series will feature Leslie Howard in June, and Paul Lewis in September. Piers Lane and Tamsin Little will present duets for piano with violin, in October. Voice, violin, and an accordion shall star in other months. Make a date of it.

Nelson Freire is in Melbourne until 3 March 2018. Great Performers runs until 4 December 2018 at the Melbourne Recital Centre, corner of Southbank Boulevard and Sturt Street. The venue is accessible.

Disclosure: The Plus Ones were invited guests of the Melbourne Recital Centre.
Image credit: Benjamin Ealovega

She’s Back From The Dead! Enter Ophelia

‘How the West Was Improvised’ with Impro Melbourne