There are few things in life I find more pleasurable than sampling a little bit of ‘everything’. So when Rice Paper Sister announced their Lucky 88 events, it was immediately on my ‘to eat’ list. The event offers eight dishes with eight matching drinks (seven of which are alcoholic) for a price tag of 88 lucky dollars. (The number 88 is a Chinese symbol of fortune or, perhaps in this case, a food coma.) 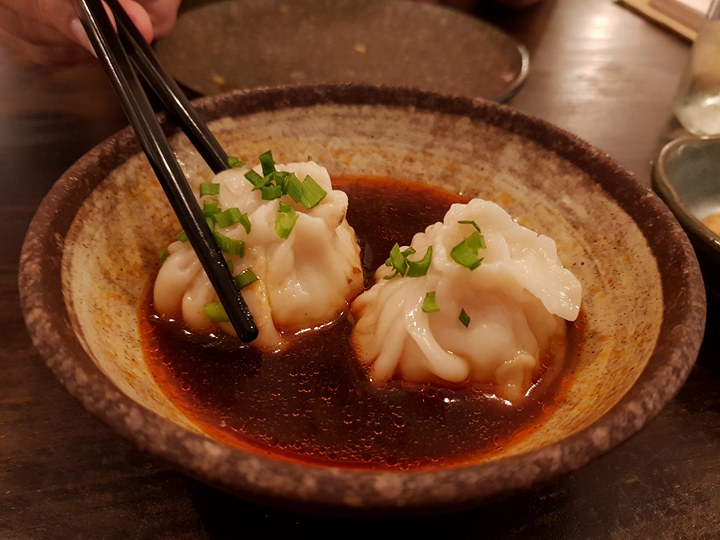 We attended the Luna New Year Vietnamese Infusion meal, featuring a variety of flavours that were both light and satisfying. The team managed to achieve balance with the portions, so we were full and merry but not overwhelmed. 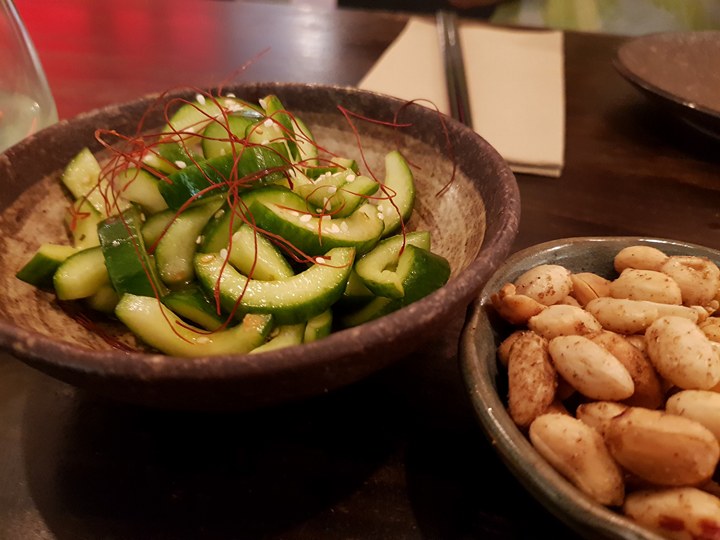 The flavour banquet started off with cucumber salad and chili oil, Sencha cold brew tea, and Chinese five spice peanuts. The first dish was designed as a palate cleanser, but the cucumbers were already packing plenty of heat. Following that was salmon sashimi on a crispy wonton wafer. Which my plus one called ‘tacos’ and I deemed delicious. This was matched with a refreshing blend of lychee infused vodka and yuzu sake. 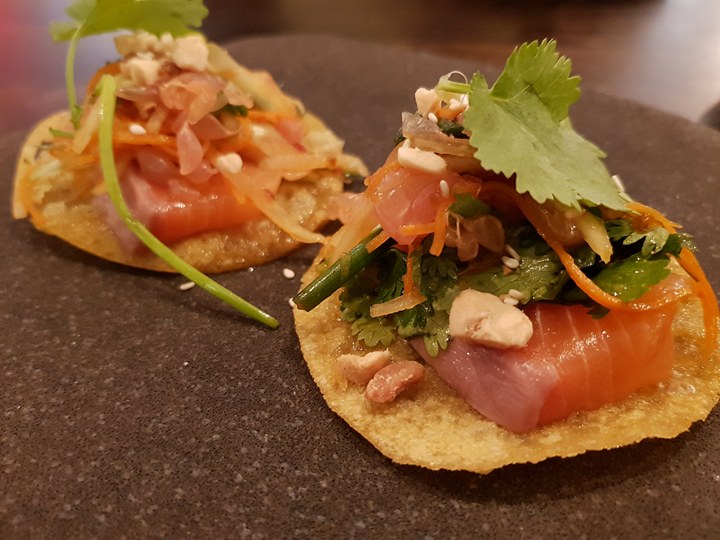 The dishes were a lively punctuation to our conversation. Tasty morsels like pork belly with Chinese mustard, Moreton Bay bug dumplings in a ginger chai broth, and tender sous vide Chicken Maryland kept things interesting. We were also tempted with a classic Yarra Valley pinot noir, a white wine named after a princess, and a moreish rum raisin old fashioned. 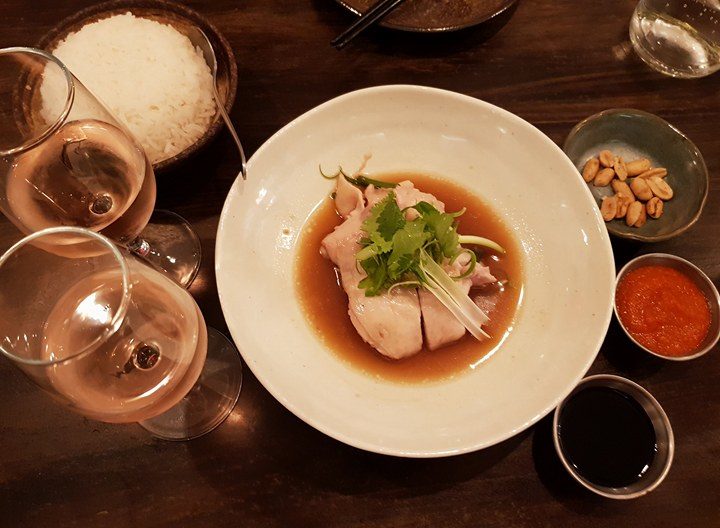 With eight different dishes making the rounds, some were executed better than others, but there were more hits than misses (with my comments during the sitting including technical terms like ‘yes!’ and ‘yum!’) Our experience at Lucky 88 was a fun afternoon with friendly staff.

– Jenny
Jenny S. is an event adventurer. When she’s not attending live shows, you can find her sampling the latest craft beer or sipping a creative cocktail.
Rice Paper Sister is offering two more Lucky 88 line-ups, each with a different theme. Sugbahan BBQ (Filipino fun) is 18 March and Songkran (Get ya Thai on) is 15 April.