The 27th International Short Film Festival starts its January to May national tour of 50+ venues right across the land with two nights of selection viewing at Melbourne’s The Palace Kino Cinemas. With many award-nominees and winners, we were not disappointed by the quality on show. Don’t arrive late – their trailer cheekily spoofs iconic Crocodile Dundee! 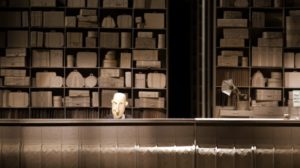 Australia’s leading Academy® Accredited & BAFTA Recognised Short Film Festival, Flickerfest always brings the Best of Australian and European short films. Supported by Screen Australia, this showcase stars local films drawn from their Bondi competition programme including award-nominated work, starring well known actors and future film stars from both in front and behind the camera. Modern filmmakers rise to the challenge of crafting compelling narratives in this bite-sized format, durations running around 13-26 minutes, and we see the artfulness of skilled editing and well-planned preparation. In such a format, every minute of airtime counts. 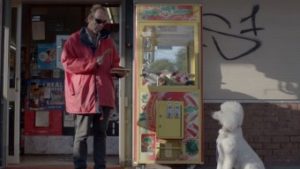 Evening one, Best Of Melbourne Shorts, delighted a hometown crowd with its specially curated selection from Victorian filmmakers drawn from the programme of  Flickerfest 2018 Bondi, including AACTA Best Animation (2017) and OSCAR long shortlisted stop-motion Lost Property Office with other world premiere screenings. Many of the films were shot around our fabulous city and in regional Victoria and it was a delight to see the local looking so good on the screen.

A range of themes and genres was on the menu. Class rivalry, sexting crises, individualism versus conformity, national identity, ancestral parables, the life/death cycle, and identity in a technocratic age were cleverly recounted, alongside healthy doses of larrikin Australian humour! Each film was beautifully crafted, with top acting, each offering a unique angle across a range of topics. 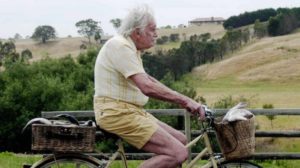 Oracle is an artistic elegaic short that elementally touches on pagan magic and the ages of Woman. Eye Contact gives us an eerie preview of future life and relationships where digital interfaces replace the human- in our own minds. Fysh is a surrealist story of an older man with a piscatorial interlude late in his life which muses on life after death. 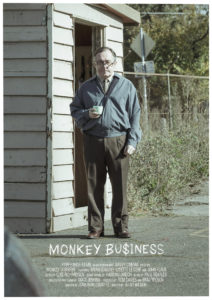 Monkey Business is a quirky little jewel of authenticity about the small man triumphing against the corporatism that destroys community spirit, with Boneslayer an hilarious absurdist riff on casual canine-human friendships with the kookiest Poodle yet seen. Mrs McCutcheon, Locker Room, and Through The Haze look at contemporary bullying in Australia within institutional settings. It’s scary how familiar these scenes can be. 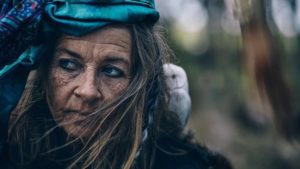 Night two in Melbourne showcases the Best of EU Films selected from European Union films in the 5 International Academy® Accredited competition programmes. This Tour covers towns such widespread as Darwin, Byron Bay, Broome, Cairns, Hobart, Alice Springs, Kalgoorlie, and Canberra, there are many opportunities to catch these pearls of invention.

With well priced Festival passes, don’t miss it, wherever you catch it!

Sarah W. is a dance-trained theatre lover with a flair for the bold, and non-traditional performance platforms. On the street or in the box seat, she looks for quality works that push the envelope.

Check on Tour Info page for your local venue info and sign up for Newsletter updates at their website and to see Jury members or follow their Blog.

Disclosure: The Plus Ones were guests of FLICKERFEST.