Wild by name and wild by nature sums up The Ultimate Wild Tour so well. The nostalgic multi-platinum-selling CD series ‘WILD’ that filled my collection in the 90s is currently hosting a reunion tour across the country. Six of the biggest acts from the most vibin’ decade in history graced the stage at Trak Nightclub for an evening of party anthems that had the crowd screaming ‘WOOP! WOOP!’

The first act of the night was the Swedish pocket rocket Pandora. With a wicked sense of humour to boot, she warmed up the room with her top ten hit ‘A Little Bit’ which prompted the first sing-along of the night. Next up on the lineup was my personal favourite from my younger clubbing days, Alice DJ, belting out hit after hit. Alice DJ was joined on stage by a myriad of backup dancers and one very spunky MC. 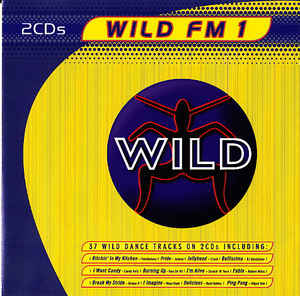 Now some of you may remember 666 and their brand of dark hard house. 666 are the devil worshipers from Germany, but their lyrics are a mix of Spanish and English. When 666 took the stage the audience did not know what hit them. There was champagne flowing from both the bottle and mouth of the front man onto the crowd who were literally lapping it up. It reached the point of hysteria when the lead singer drank a bunch of wax while still spitting out the fast verses of Paradox. It was impressive as much as it was disturbing.

Fragma was my highlight of the night, like c’mon, who doesn’t get a shiver from the vocals and melody of the hit ‘Toca’s Miracle’, let alone live with an a cappella opening? DJ Sammy closed out the evening with the biggest sing-along of the night to ‘Boys of Summer’ then taking us to ‘Heaven’.

One thing that really struck me after attending a lot of 90s tours was the authenticity of the artists this time round. They each brought something extra to the stage on top of the nostalgia factor, it will definitely be a night I remember for years to come!

-Brenton
Brenton is a social Melbournian who loves shenanigans about town. Find him on Insta @SoSpinky.

MMW: The Harpoons, Fortunes and Sampa the Great fill the Cathedral