Cartwheel, somersault, and sidesault into the circus this month! Circus Oz just launched Sidesault at The Melba, a new circus project focused on unique and innovative art expression and giving budding circus performers the opportunity to bring their shows to life!

We were invited to the media launch night featuring two of the Sidesault at The Melba shows: Casting Off by A GOOD CATCH and Unsuitable by Tumble Circus.

The shows were radically different, offering a thought provoking contrast amongst the different forms and expressions of circus. Casting Off was a relaxed and hilarious show featuring a female trio and lots of partner acrobatics. The group ages ranged from 20 to 50+, adding an extra level of diversity and excitement (have you ever seen a 50-year-old do a handstand?) 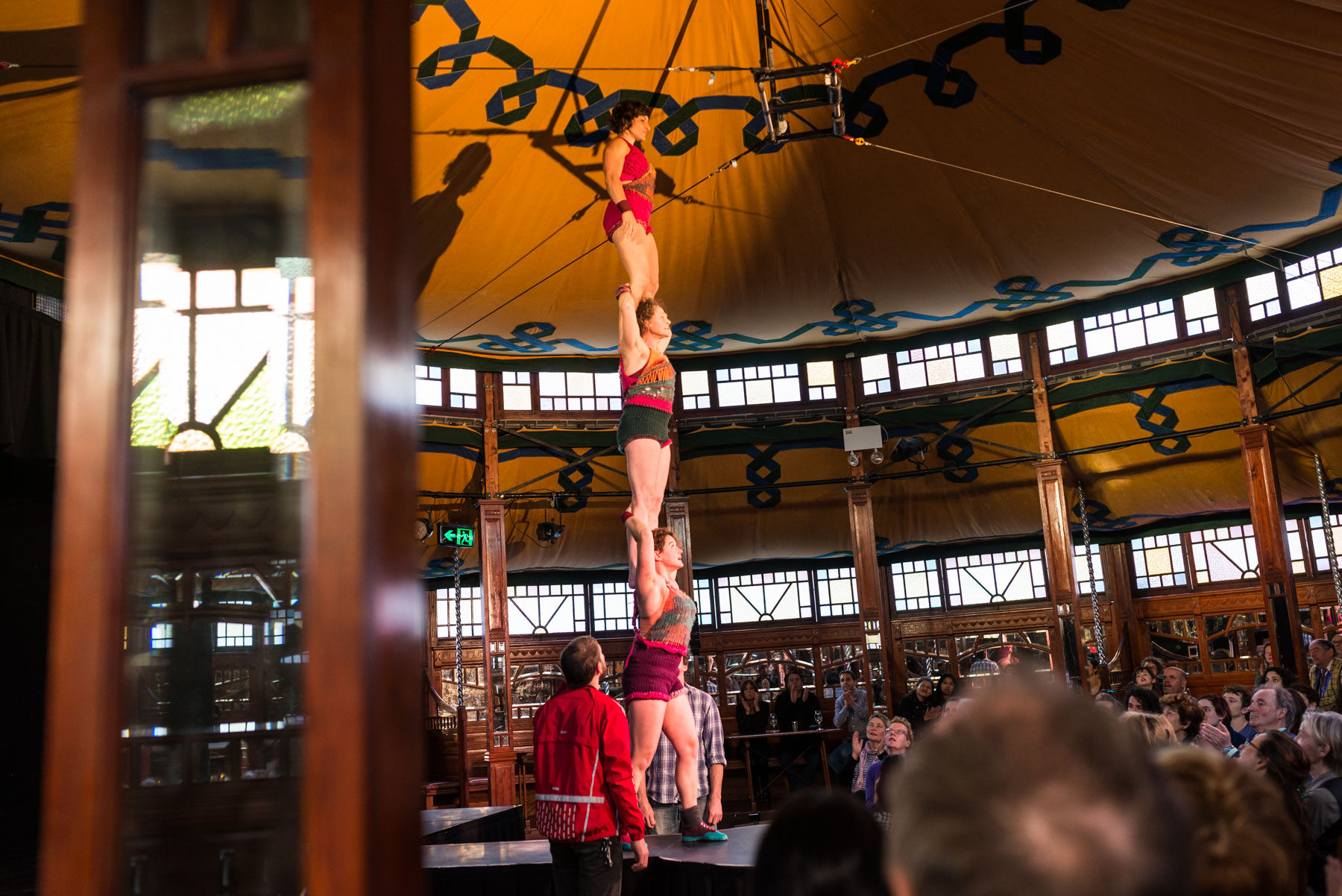 The ladies scaled each other like a ladder, feet to shoulders, assembling into a three-person tall tower. They twisted and weaved into impossible shapes, hand standing on chairs, hand standing on each other, all the while maintaining a casual conversation. “Go to the grocery store, book my doctor appointment, buy Christmas presents for the in-laws, get a colonoscopy,” the all look at each other and burst into laughter, as the audience simultaneously joins in. The show was all about being your authentic self, and is summed up well by one of the last lines the said, “and those who were seen dancing were thought to be insane by those who could not hear the music.”

The second show, Unsuitable, made its debut all the way from Ireland. The two girl one guy trio presented a range of acts from clowning, to doubles trapeze, and silks. A particular highlight was the cast dressing up in sparkly black leotards, high heels, and long blonde wigs, and performing a hilarious dance number. They then proceeded to take the act to the air with doubles trapeze. High heeled feet gripping the trapeze bar and blonde wigs flying in the air! I don’t know if I was more impressed or nervous for the performers in stilettos!

Sidesault at The Melba features a variety of circus shows with different performers each night. Shows run through November 18, so be sure to get your tickets quick!

– Ember
Ember Mitchell is an American turned Aussie. Her love affair with Melbourne goes back five years, and she still can’t get enough of this city! Discovering new hideouts and hidden gems around Melbourne is her hobby. Marketing Strategist by day, spontaneous adventurer, brekky enthusiast, and aerial acrobat by night. Follow her foodie adventures on Instagram @effinggoodtime.

Sidesault at The Melba at Circus Oz runs 8-18 November 2017 at the Melba Spiegeltent, Collingwood. Buy tickets now.
The venue is accessible.

Disclosure: The Plus Ones were invited guests of Circus Oz.
Image credit: Circus Oz.