Oktoberfest in the Gardens was an eye opening experience to the number of people in Melbourne that own lederhosen and dirndl dresses. (Hint: that number is in the thousands.)

With an affinity for short shorts and short skirts, this event for those that enjoy some Saturday silliness. It’s also for merry makers that don’t mind spending some cash on their German beer drinking frivolity. The tickets  priced $55-70  provided live music stages, a silent disco, and a chance to drink with several thousand costume clad 20-somethings. It also included a can of Weidmann beer on arrival and a plastic stein. After that all beer, food, and rides required dollarydoos. 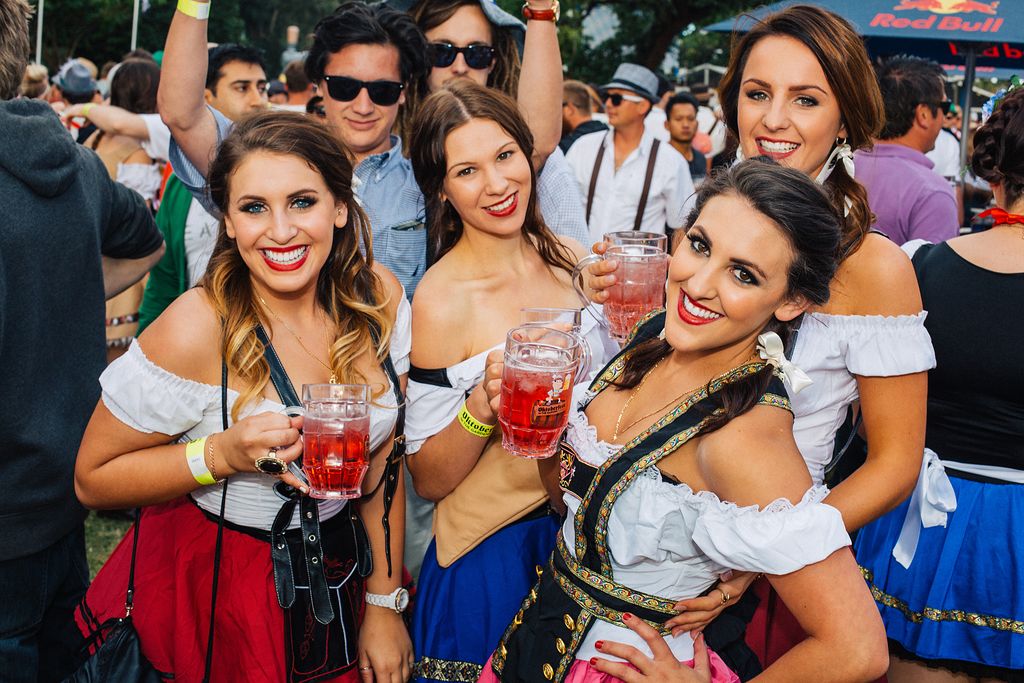 There was also ‘sideshow alley’ with carnival games and rides. Personally, I learnt my lesson at a uni dance on a rugby field that featured a full bar, spinning rides, and port-a-loos. But others were still keen to throw caution to the wind, as there was quite a queue for the dodgem cars that evening.

Now in its seventh year, Oktoberfest in the Gardens is a big event. This year the giant indoor/outdoor beerhall party took over a portion of the Melbourne Showgrounds. But a word of warning to beer nerds. The website advertised a large selection of imported German beer, cider, and wine. However, the event is not well suited to those hoping to sample lagers and discuss tasting notes. Oktoberfest in the Gardens is aimed at a weekend crowd looking to party (and an excuse to dust off their best Bavarian outfits).

– Jenny
Jenny is an event adventurer. When she’s not attending live events, you can find her drinking a creative cocktail or sampling the latest local beer.

Oktoberfest in the Gardens next event is in Sydney on 28 September.