Get your evening gear on and toes tapping in a magical night of nostalgic charm at A Fine Romance: The Magic Of Fred Astaire. Polished performances, supported by a three-piece musical ensemble, playful script, and elegant era choreography make this a night hard to resist for those who love the songs, dance, and epoque of dancer extraordinaire, Fred Astaire.

With a songlist of famous 20th century titles – Fascinating Rhythm, Puttin’ On The Ritz, Night and Day, Begin The Beguine, Let’s Call The Whole Thing Off, The Way You Look Tonight – Astaire’s allure made him the First Gentleman of Hollywood and this show recreates his life story and theatrical career in song and dance. It is, indeed, a fine, romantic session.

The exceptionally talented cast deliver an entertaining script with personality, verve and pitch-perfect finesse. Joe Meldrum and Imogen Moore are accomplished musical theatre graduates who tap the story to life and who are equal in glamour and expertise to any of the Hollywood stars that orbited Astaire. Skilled, comfortable entertaining the crowd, and showing a love for live performance, these budding stars honour this excellent concept cabaret with personality and serious professionalism – as Fred would have expected! 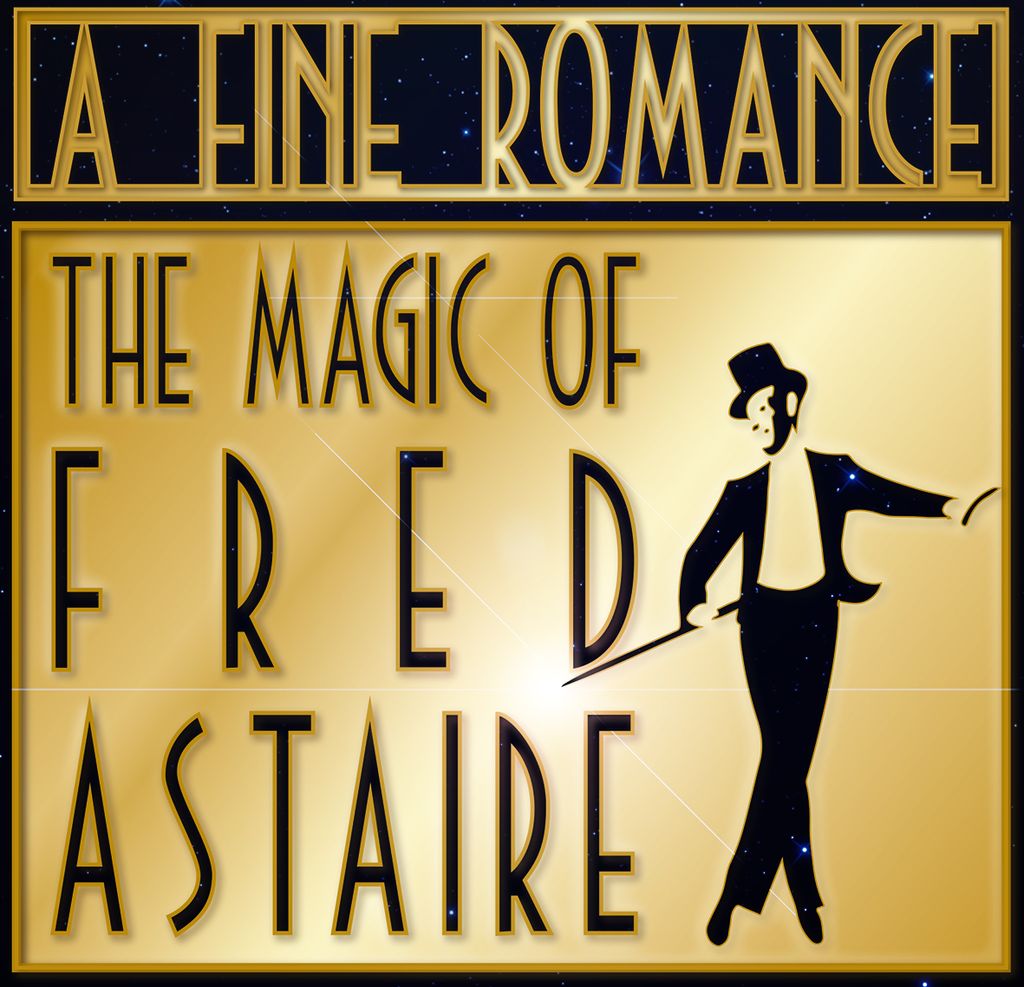 JTM Production’s flawless presentation dazzles. From script to casting, period costuming, and Jeremy Hinman’s tap and general choreography, add the essential brilliance of live music through drums and percussion softly rocked by Dave George, double bass depth from Glen Davidson,  and Ben Taylor’s sensitively tailored twinkling on the grand piano, this bespoke orchestra evokes the era of live musical performance, bringing so much to the feel of this show. With them, we knew an evening’s pleasure like that experienced by Astaire’s audiences, with their beautiful harmonies, witty lyrics, unforgettable tunes, and captivating music transporting us into reverie.

This script has all the goods, launching from Astaire’s early career as a vaudeville child star with sister Adele, through early teen success performing across the USA, on Broadway, and London’s West End, where even royalty wanted a piece of their action! In the 1930s, Astaire went solo and crossed over into film. His profile reads like contagious success and this show reveals the hard working thespian he was behind-the-scenes, as well as celebrating the era he worked in from the 1920s right into his eighties. The dancing on display is first-class, with well-timed solos, pas de deux, pirouettes, sliding, gliding, jumping, shuffling, and paired acrobatics making good coverage of the performing area. 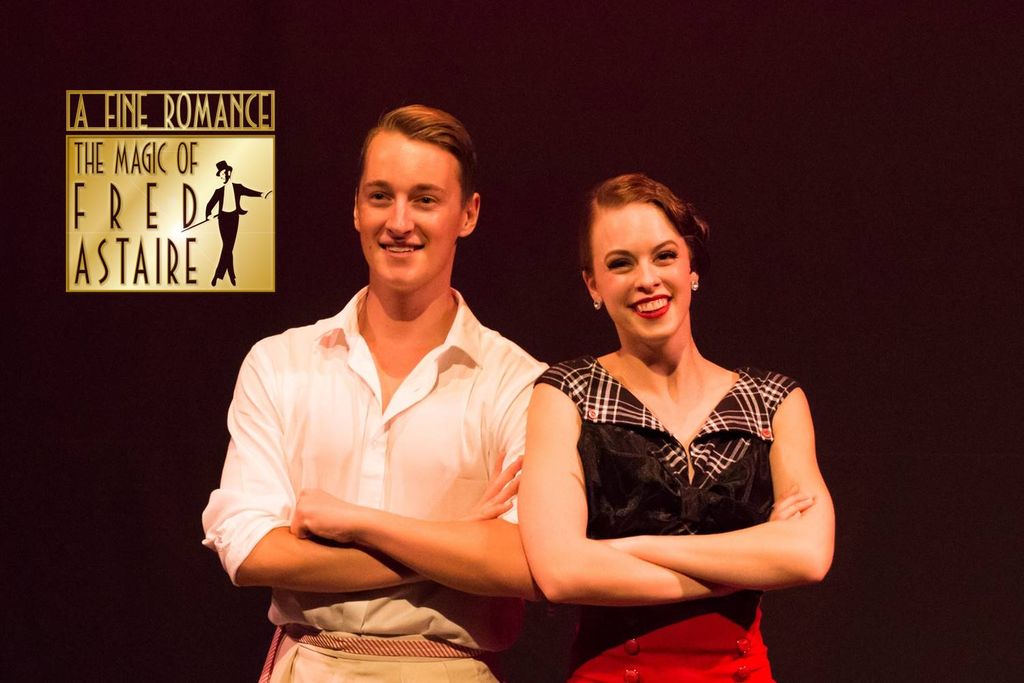 Said to have ‘invented’ dance-on-film for modern audiences, Astaire was a known perfectionist, and his list of achievements fatigues in the reading. A Fine Romance gives us the man, creative agent, and hard-working hoofer. We also gain little tidbits about his private interests- that he played piano and drums well, and was an accomplished lyricist with a love for jazz. Demure, graceful, and with no bad press, Astaire embodies the nobler qualities of a Hollywood leading man and retained that mantle across a long career. He came out of many retirements and, often, into blockbuster hits!

The cast informally interact with the crowd, asking for favourite film dance sequences like The Revolving Room routine in Royal Wedding where he seems to dance on the ceiling! A virtuoso with exquisite technical control and execution, Astaire’s contribution goes down in dance history as seminal, influencing greats such as Gene Kelly, Jerome Robbins, Nureyev, and Bob Fosse. He modernised traditional ‘ballroom’, and made male partnering look effortlessly easy. He also did a mean tap solo and dance routines with props!

His list of creative collaborators reads as a Who’s Who of the golden age of stage and cinema in the early- mid-Twentieth Century including George Gershwin, Cole Porter, leading Hollywood directors and producers, and a roll call of leading ladies any actor would kill for – Ginger Rogers, Rita Hayworth, Judy Garland, Cyd Charisse and countless others. Astaire’s timing seemed impeccable. Then, there are his songs.  Hearing these tunes returned to life had many in this packed house singing along.

This masterpiece is a complete delight, taking you down memory lane, where men dressed in top hats and tuxedos, smiled politely, and danced with grace, flair and elegance.  Take a trip back in time and sprinkle a little Astaire magic into your life!

Note. The performance has a strict ‘Lockout Policy’, latecomers will not be permitted.

Check out the remaining Chapel Off Chapel’s 2017 performance program.

Disclosure: The Plus Ones were guests of Margaret Fisk.