Put your hand up for a night of Austen? A gloved one, that is.  Who wouldn’t. In ultra-modern industrial grey square concreted interior of QV’s No Vacancy Gallery, a full house had laughs, random participation, irony, luxury, and the divine Jane’s words and embroidered plotlines offering us a perfect night at the theatre in original new work The Margins of Persuasion! In divine period costumes, reviving Austen’s 1817 romantic novel published after her early death, Persuasion, we saw a modern take on all things polite Regency. This is a must see show if you love period attire, gender politics, and the casual discussion of revolution. Jane would certainly have enjoyed the frisson!

Sharmini Kumar, the writer of 2016’s Shakespeare In Therapy, with two new works in this year’s Fringe, has crafted a jewel of a piece. With clever casting, her remoulding of Austen’s characters allows us to enjoy their obsession with minutiae, and anxieties about social rank, as each actor presented their detailed characters.  As with all Austen tales, there is plenty to keep love from steering a straight course, and Kumar gives us an abridged, acted version of the twists and turns of this novel’s plot. 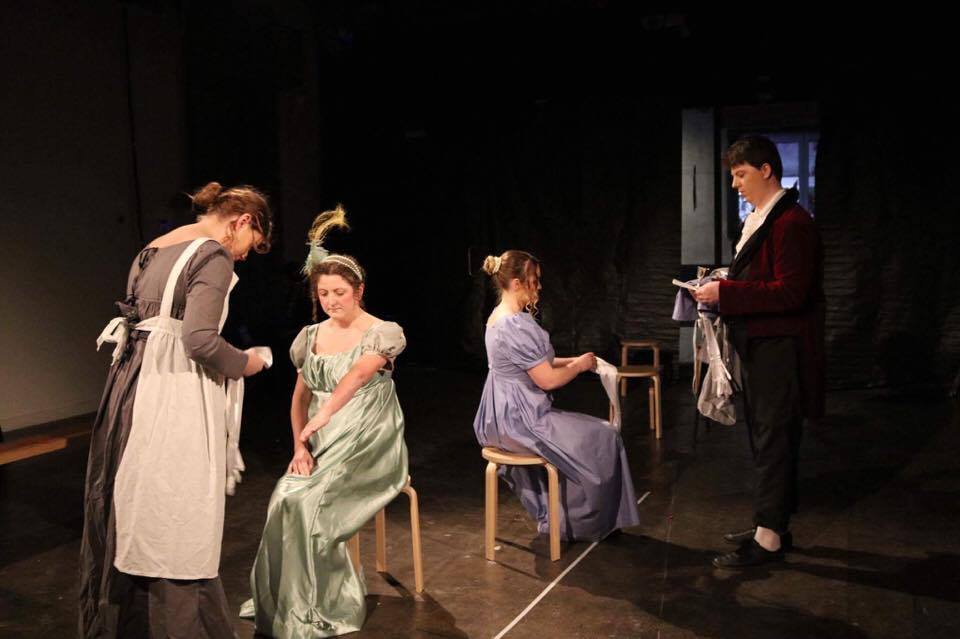 A range of key characters appear, as if teleported out of staid drawing rooms or hallways, waiting at the performance edges and in gallery corners for their scenes, often sitting alongside audience members and, unnervingly, continuing their conversations with these! We know these are actors playing historical people, but at times, with their proximity to and encounters with the audience, they could also be Melbourne locals in costumes, creating an unnerving anxiety over pretence and actuality. The scripts often turns swiftly modern, with progressive chats about women’s independence as well as anarchy. Lesser aspects of Empire, such as indentured slave labour’s generation of homeland sugar profits, and the practice of ‘pressing’ (indebted parties were forced into the Navy as free labour) appear in casual conversations. Other than these, we are pretty much fully lost in Austenland, a very pleasurable place to be!

Audience members are frequently pulled up into scenes, for formal dancing, or to assist as nurse or a general. In these interventions, Kumar shows that accepted standards of social engagement are communicated through acting and copying as key to the transmission of social rules, which Austen’s satirisation of class interaction throws into relief. We even get two of the serving class, excellently acted with lower-class accents by DL Turnbull and Avril Good, commenting on the ins and outs of their social superiors as if they were a drama. 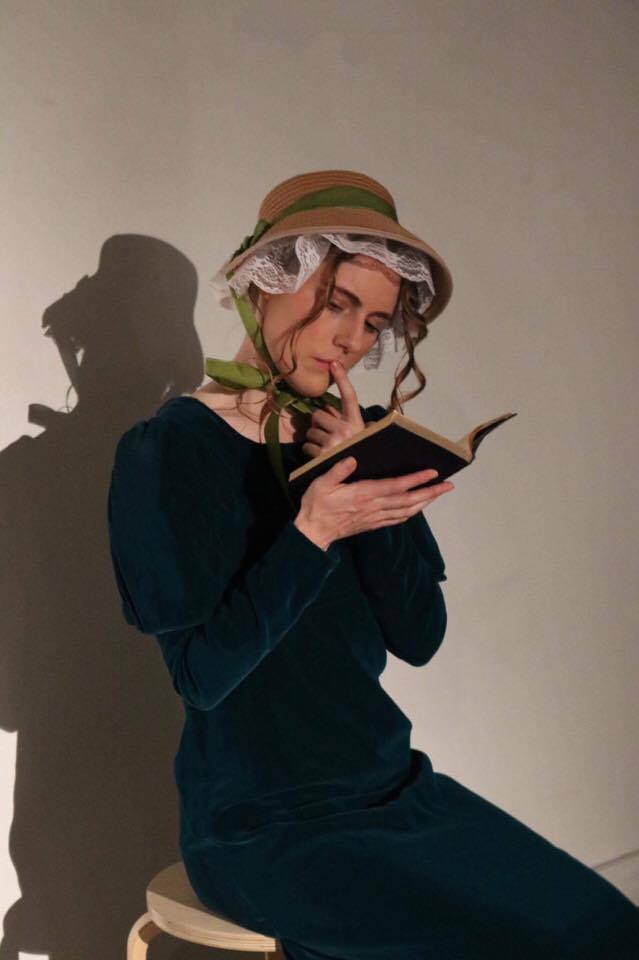 Jacinta Scadden as female protagonist, Anne Elliot, speaks, acts and moves as if she stepped out of a period BBC drama and is perfect for the role. Jonny Kinnear, as her gruff, uber- masculine counterpart, Captain Wentworth, is crafted with a fastidiously cool outer shell belying the deep emotion he must not reveal until the very end, when they declare themselves to each other. Ruby Duncan as capricious Mary Musgrove stands out through her shrill voice and petulant conduct, perfectly pitched by the actress. Austen loved to send up stupid youth, as well as the cruelly envious, and conniving meddlers, ably portrayed with a cool humanity by Fiona Crombie as matriarch Lady Russell. The cast each deport with a refinement equal to the era they depict, looking as if they glided across surfaces. 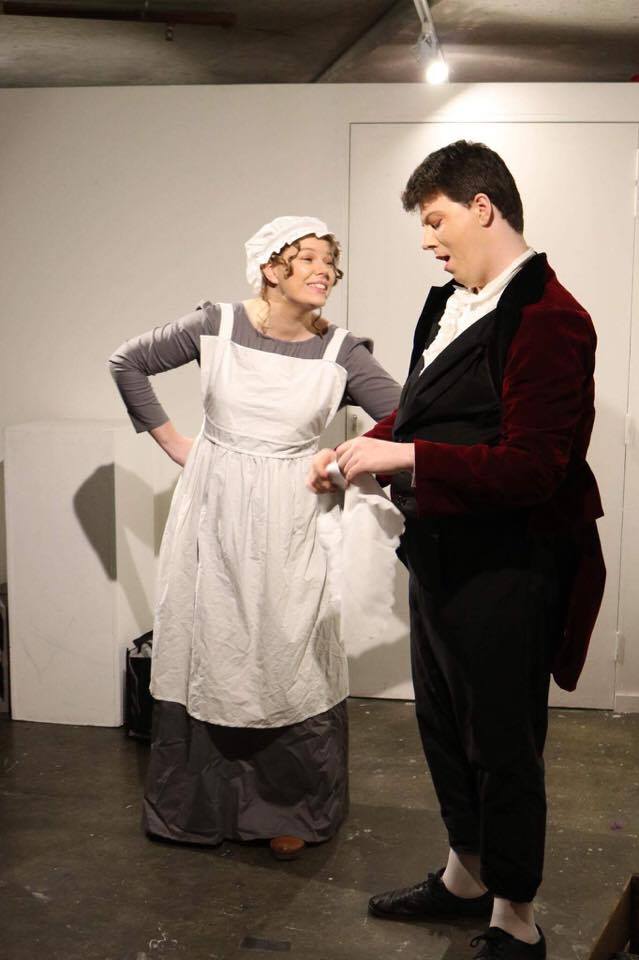 Credit goes to the hair and makeup artistry of  Natasha Buhler, who brought colour and decoration to the actors, accentuating the classic Bo-Peep eyes peering out from tightly sprung fringe curls, or tightly coiled buns encircled with pearls, and for the detailed costuming of Kelly Lock, Merren Bennett, and Luchee Kumar. Both elements bring much to any Austen narrative. Decoration in seeming to be something is central to British society. In their pleats, folds, ruffs, bonnets, buttons and ribbons we see the social inscribed on women and men’s persons. The external strictures of Empire saw a pared back simplicity codified, as were the rules of social engagement, with strict prohibitions against class mobility or even, individual agency. Embellishments were frowned upon both in dress and conduct, and the women’s dresses and men’s jackets show only small nods to aesthetic indulgence, again underlining the formal codes of social expression. There is much seething beneath all this restraint.

This play is cheeky, convivial and an enjoyable session where we get to follow the course of love through a plot the allows all these insecure characters airtime. As with Austen’s writing, we laugh at society, and eventually, love triumphs. See this if you adore the thrill of having Austen stories acted out as if in your parlour. I could have spent hours in such congenial occupation! A contemporary look at a much loved classic.

The Exotic Lives of Lola Montez at Melbourne Fringe