What is Bongo’s Bing,o you ask? Well, I was clueless too. Don’t let the name fool you — there are no bongos involved. Bongo’s Bingo is a classic game of bingo with a side of parrrrty! Still confused? Let me try to explain. Yes, it was that wacky.

Bongo’s Bingo arrived in Melbourne straight from Liverpool, England. I’ll be the first, but certainly not the last to say, the port city’s entertainment is quite unique. Hosted at Collingwood Town Hall, a rather large venue. I had no idea what to expect. The promotional videos looked like a crazy party scene straight out of a Chapel Street night club. I was intrigued, and a bit apprehensive — but folks, it didn’t disappoint. 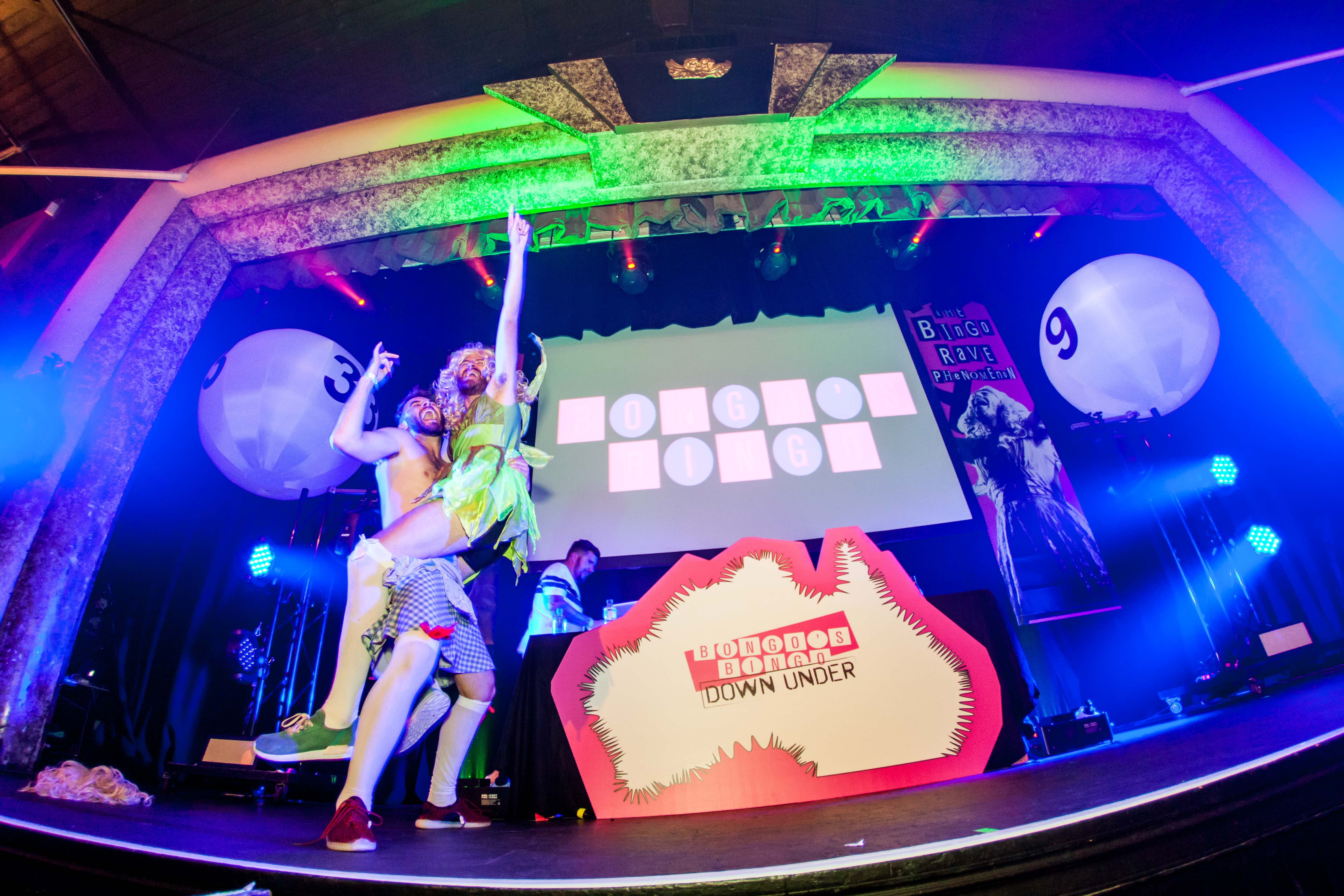 I’ve always associated bingo as a game for the elderly (no offense to any of you young bingo enthusiasts out there). Instead of a smoke-filled community establishment, this was more of a beer hall, meets theatre, meets a big Saturday night out with your lads and lasses. Essentially, English entrepreneurs have created a brilliant business idea…bingo for young adults!

Big balls (the bingo kind) hung brightly around the venue. Long tables were packed to the brinks with lively patrons waiting for their numbers to be called, fiercely drinking just as eagerly as they marked their sheets to win an arrayment of equally wild prizes. At the stage at the front of the hall, the Englishmen that lead the event frolicked as they called out the numbers that popped up, courageously dressed in a ballet skirts and other outlandish accessories. 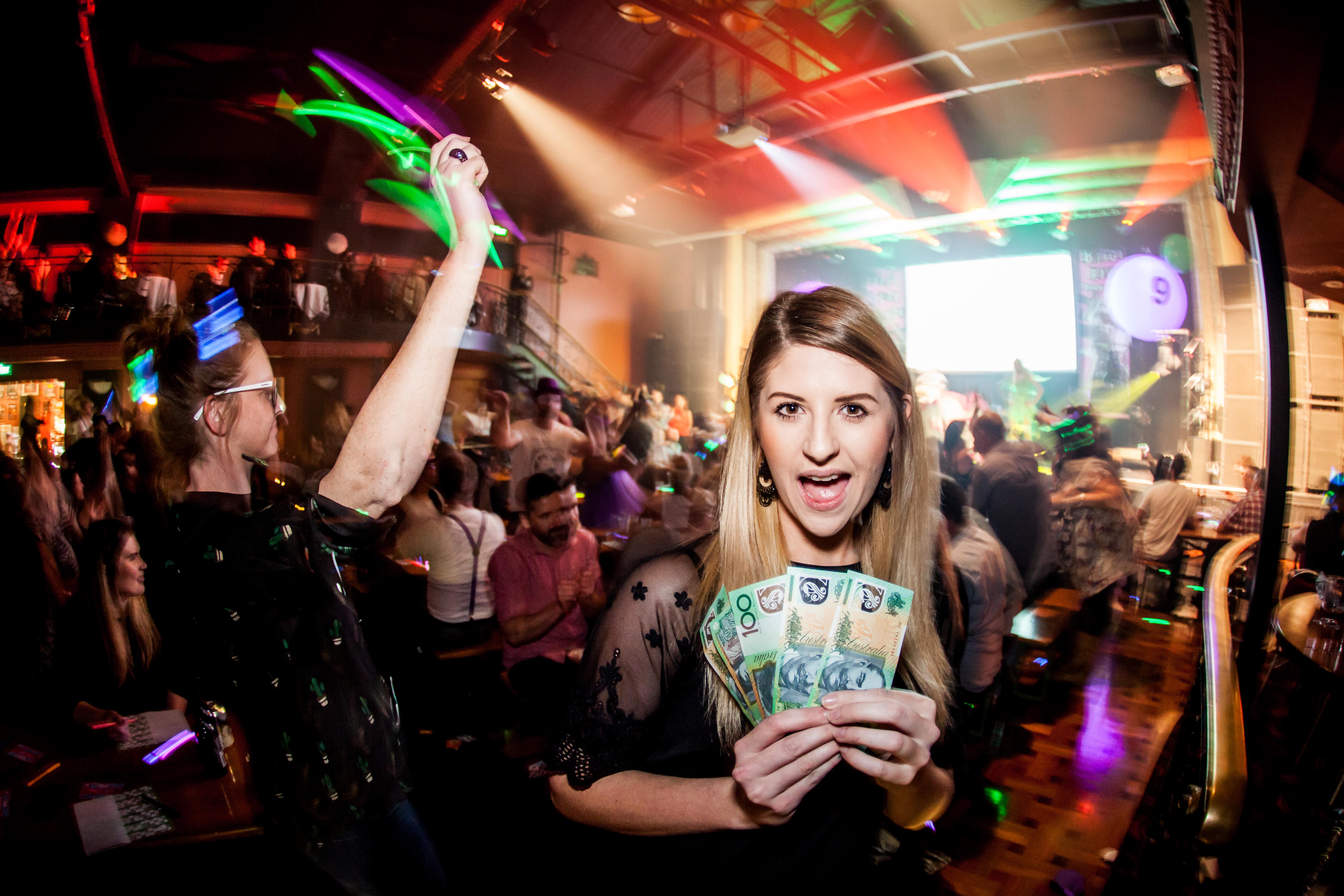 The music was pumping, the lights plenty and the dance moves delightfully embarrassing (both patrons and performers alike). Each bingo page offered bizarre prizes ranging from a plastic pigeon head to a toy car for kids. It was a weird and wonderful affair to say the least.

What a lady, what a night. Sweet surrender Bingo Bongo. Let loose and get involved with the hilarity at www.bongosbingodownunder.com.au

– Leah
Leah Sparks is a Canadian girl living in Melbourne. Other than her love for maple syrup, she digs the outdoors, live gigs, beer, the 70s and cruising around Fitzroy with her white wolf.

Disclosure: The Plus Ones were invited guests of The Society Group.
Image Credit: Hero Imagery.