Up on the corner of Bourke and Spring Street, the parliamentary end of town, some quality comedy has been on offer in recent years at welcoming pub, The Imperial Hotel. As part of Melbourne Fringe, a relaxed entertaining hour of mixed showcase is on offer in Geraldine Hickey: It’s My Show Indeed, it is. There’s lots of shenanigans and silly fun happening here, including Hickey dressed up in a range of kooky outfits- as a dinosaur, a sausage, and, Monday night’s – as a giant whoopee cushion!

Hickey casually welcomes us into the space sporting her inimitable style – a tropical-themed summer shirt, short cut slicked back, and one of our nation’s best deadpans. Sipping her wine, she introduces the night’s theme, riffs on her own memories, then calls up her guests, who bound forward to add to the mixed assortment flavour of the sesh, including comedy celebs such as Celia Pacquola and the two Kates of ABC TV’s The Katering Show, McLennan and McCartney. Think of this season as a lolly bag of Hickey’s current favourite creatives called up to share in tongue lashings, foggy memories and sociological analysis supported by New York-based Aussie Comedian,Kelly Fastuca, as resident DJ (she shares daggy ‘90s tracks from our early nightclubbing days, not to mention a childhood filled with Rock Eisteddfod finals). 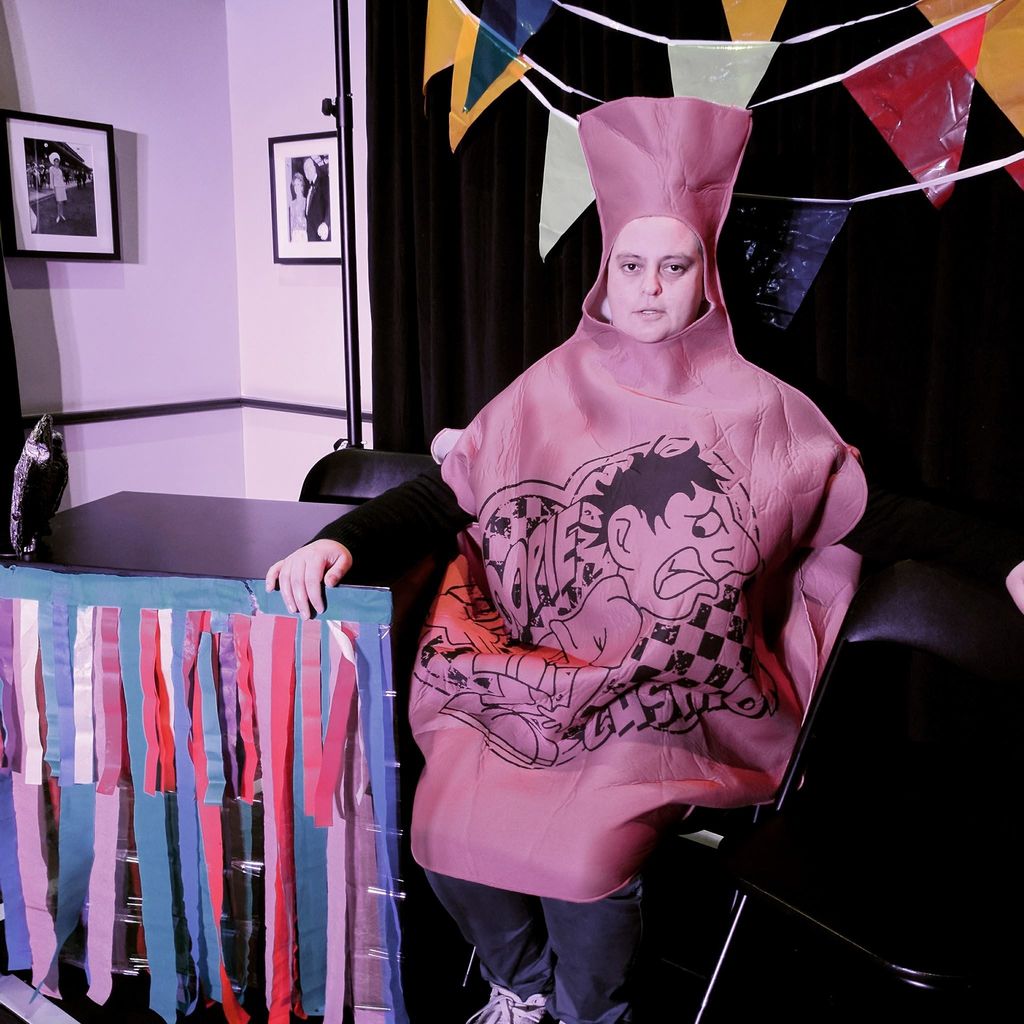 ‘School’ was the theme of Monday’s show, and we got some prime photos from Hickey’s youth to startle us. Hailing from Albury, we get to see great photos of Miss G as a young thing- looking every inch the good girl debutante/school girl, except that she didn’t want to wear the dress (and kept basketball shorts on under it), her last pretty girl foray, just for Dad. We can all relate to her down-to-earth delivery and material, with quietly killer asides or underlining statements.

New talent also showed, wowing the audience with their relaxed attitude and clever material. Child-faced redhead, Daisy Berry, has an endearing demeanour through which she delivers scathing script bombs, such as that, yes, she thinks all children should be gay! She also riffs on stalking, whilst Celia works an audience member’s Tinder account with fake approach lines. 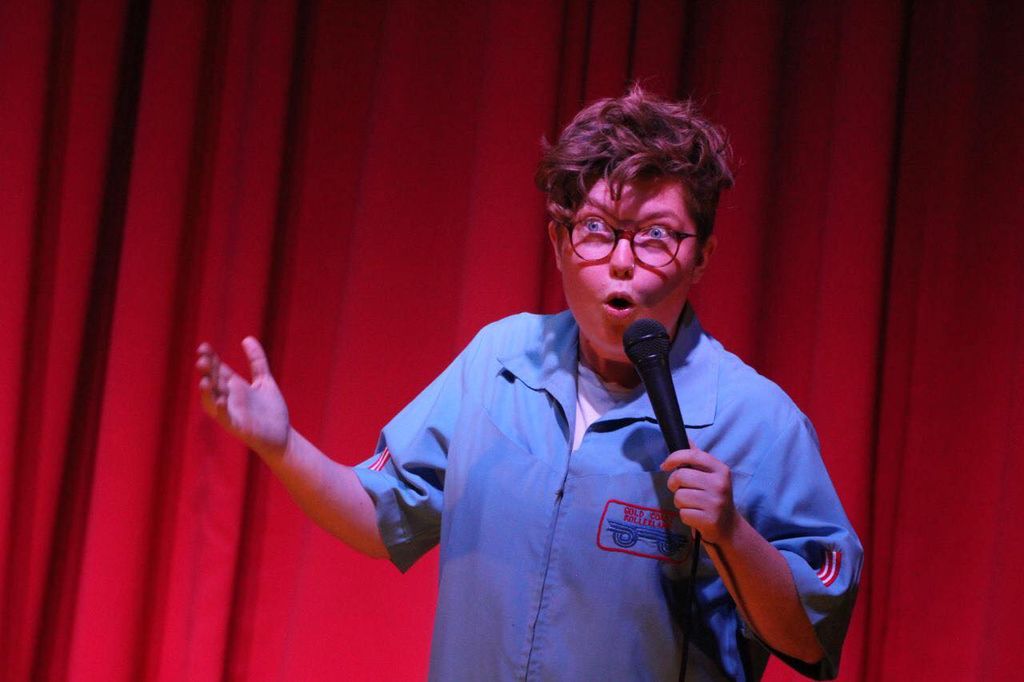 Though a line up of successful Australian comedians paraded before us like a who’s who of Aussie female stand ups Top Class, the best moment was saved til last, when Laura Dunemann bounded out with sweaty armpits and khaki fatigues as the ex-wife of one of Steve Irwin’s second (or third) cousins, Suzanne Irwin. Words cannot describe the thrill her robust daggy swagger injected into the room, with a thickset hairdo resembling possum roadkill! Tackling a tiger is one Key Selection Criterion she believes all should own, and explained why, to our delirious giggling!

This is a funny night out, with unexpected surprises – of people, content and angle- and that’s the feel of it. Grab a drink and be prepared to go with the comedy flow. It’s the undefined, freestyle format of this show which is half its pleasure, bringing spontaneous rewards through a good combination of performers, the known, the long loved, and those knocking on the comedy door! Get on down. You don’t know who or what may greet you!

Keep up to date with all Geraldine’s dates via her Facebook page.