When was the last time you embraced your inner child, cracked open a tub of Lego and got lost in an afternoon of colourful blocks and buildings? Sounds like you’re overdue for a play sesh, and we have the perfect antidote: Adults Only Night at LEGOLAND.

LEGOLAND may be new to Melbourne, but opening that box of red, yellow, blue, and green plastic bricks is like reminiscing with an old friend; that new LEGO plasticy smell, the dull ‘clink’ they make as you submerge your hand into the bucket, and the satisfying snap upon securing one piece to another.

The play centre designed for children normally requires all adults to be accompanied by a child. That makes sense, but what about all of us kid-less big kids who just wanna have fun? Do we have to miss out on all the LEGO goodness? Hardly.

I got my first taste of LEGOLAND at their ninja themed LEGO NINJAGO night. All of the perks of normal LEGOLAND, minus the screaming kids, and with a touch of wine for extra good times. 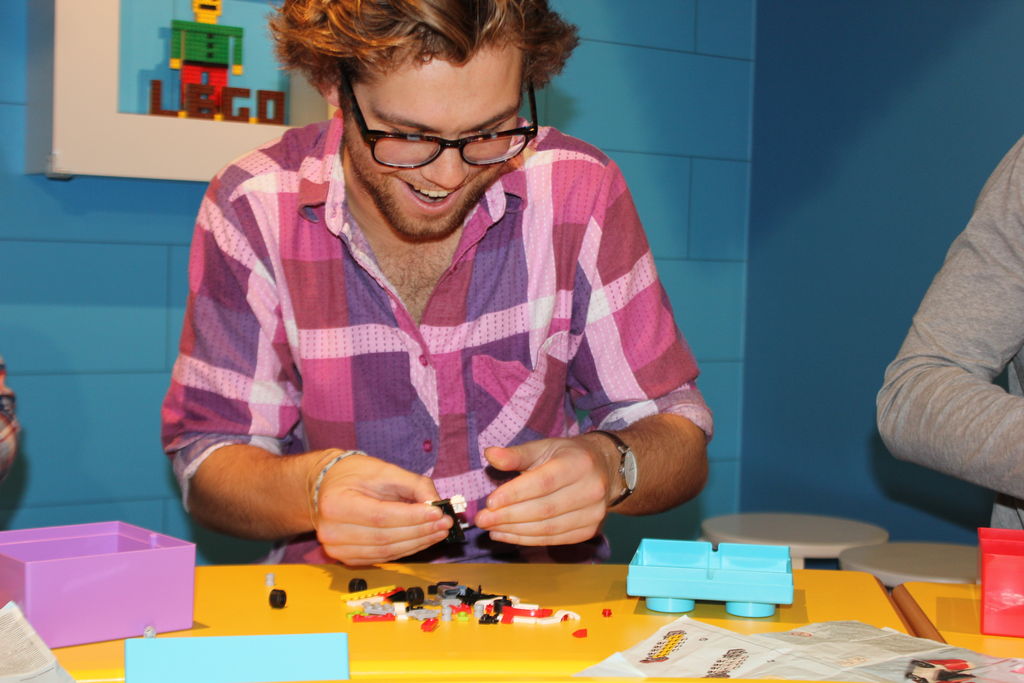 As a LEGOLAND virgin, I had no idea what to expect. I knew there would be blocks and some games, but the rest was a blank slate. We entered into a room containing a full LEGO replica of Melbourne. The attention to detail was impressive and the display was surprisingly accurate, capturing the unique hilarities and obscurities exclusive to Melbourne; oBikes lying on their sides in random places, trams nearly crashing into cyclists, people doing yoga in the park, and a footy game at the G.

During the night, my plus one and I we tested our skills in a skyscraper building competition (with an earthquake at the end to truly test your skills), building and racing cars, and took part in the LEGO mystery mosaic project where each person completes one tile that becomes part of a large mosaic picture. There was also a 4D cinema (nope, I’m not sure what the 4th D is), and a building competition with prizes awarded to the best creations. 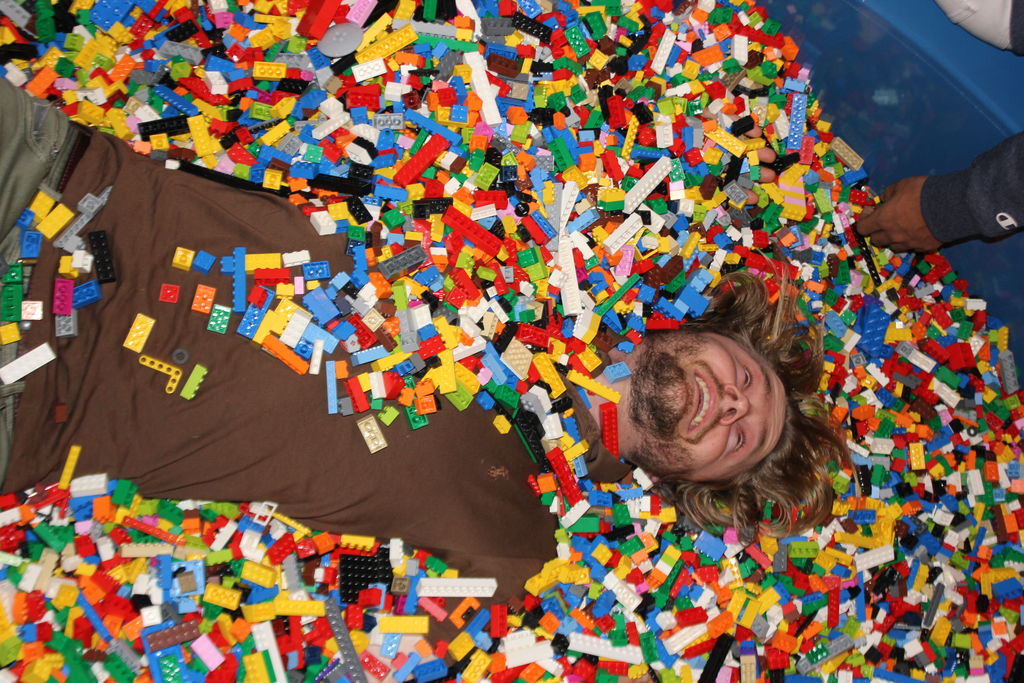 My night at LEGOLAND was a welcome excuse to put adulting aside for an evening and get lost in a sea of coloured bricks and some light child’s play.

Adults Only Night at LEGOLAND runs once a month. The next ones are 26 October and 30 November. You can purchase tickets here.