Motherhood: a relationship marked by unconditional love, support, and an undeniable struggle for power. In Big Heart, writer Patricia Cornelius and director Susie Dee explore an odd mother-and-child relationship: that of Australia with the rest of the world.

In the beginning we meet the Mother, a wealthy and childless business-woman who believes she can nurture five children from five continents armed only with money and with the magic desire of love. The children come from Europe, Asia, South America, Africa, and Aboriginal Australia: neglected areas in need of her white privileged self. 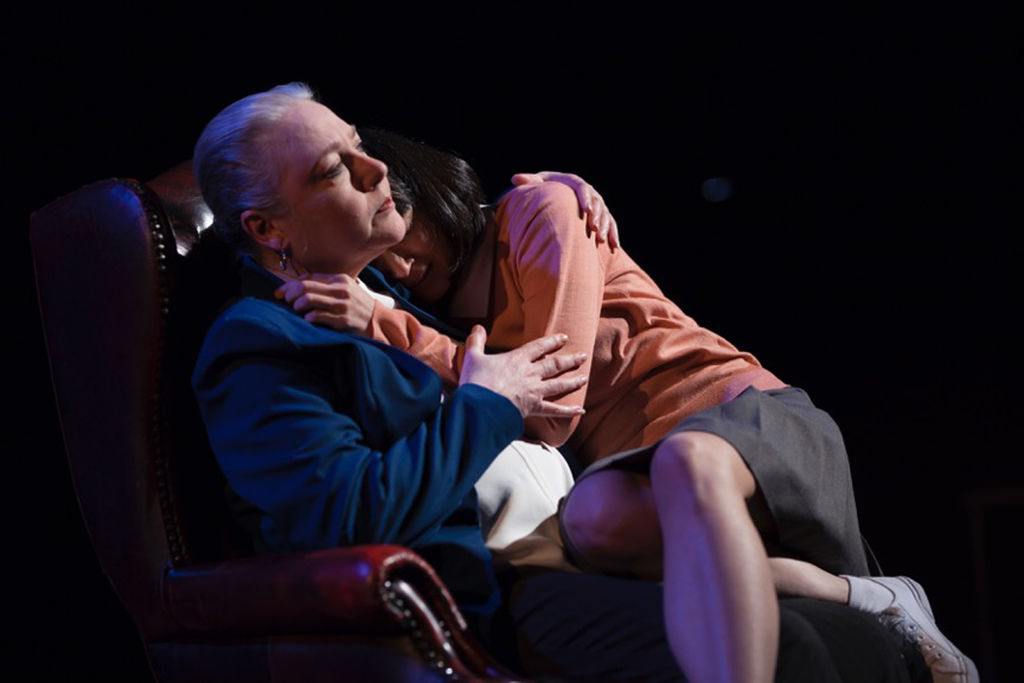 Though the next 70 minutes, cardinal lighting and staging weave the evolution of family relationships for twenty years. A perfect choreography of audio-visual harmony unfolds as chaos tinges the story itself. Bodies move through the stage strategically and symbolically. No movement is made in vain. Visually speaking, the play is exquisite. Storytelling-wise, it is audacious and marked by conflict.

The mother grows tiresome by the minute. After twenty years of investing her every fibre to protect her international children from poverty, war, and neglect, her children reprimand her: the only thing you did was strip us from the drive of putting up a fight. You spoiled us with privilege. Despite living through such sensible experiences, I was surprised to encounter the same strategic, business-minded mother from the beginning of the show speaking to us about foreign investment at the end. Australia’s last message was still marked by the complexities of business, evidencing the power behind the power struggles that mark our national reality today.

Big Heart is not an easy play. As a migrant myself, the script rang true in more ways than expected. Sometimes, I felt it criticized Australia’s imperialistic claims, others, it asseverated them. Succinct and uncomfortably honest, Big Heart grapples with our nation’s current issues of identity. It delves into the dark and ugly parts of our continent’s ‘big heart’, raising issues far and wide from both sides of the debate.

‘I, white Australia, am giving all my resources to you, my multicultural children, you, my immigrants, to do with them as you will.’ Will we dare do our worst?

– Lourdes
Lourdes Zamanillo is a Melbourne-infatuated journalist. Originally from Mexico, she loves words, travelling, and (above all) feeling surprised.

Disclosure: The Plus Ones were invited guests of TS Publicity.
Image credit: Pier Carthew.

View all posts by lourdeszamanillo →

Pure Magic at the Laneway Theatre