Boardgames are all the rage, and Queen of Spades bar in Fitzroy is helping the growing trend get even bigger. The Plus Ones’ writers team was invited to experience an afternoon at their new Smith Street location. Food, games, drinks, and friends — it’s a winning combo! 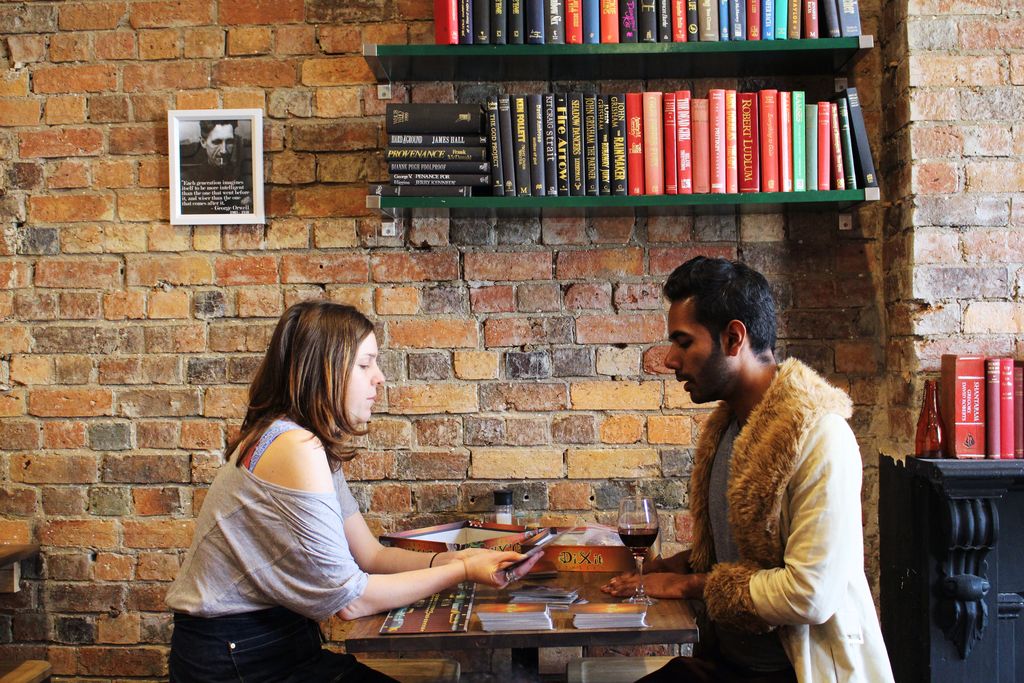 If you didn’t already know: boardgaming is massive over the world. It’s not just Monopoly and Scrabble — those in the know play Eurostyle-games. Think Settlers of Catan, Pandemic, and Ticket to Ride. Melbourne boasts super-active boardgamer groups, like Cafe Games — and there’s even Albury-Wodonga’s BorderCon (groan), a weekend-long boardgames convention.

Originally known as Stop 17 cafe, a group of boardgamers started hosting events upstairs. It quickly became apparent that the boardgames aspect was more popular than the cafe. The new owners re-vamped the space into Queen of Spades. 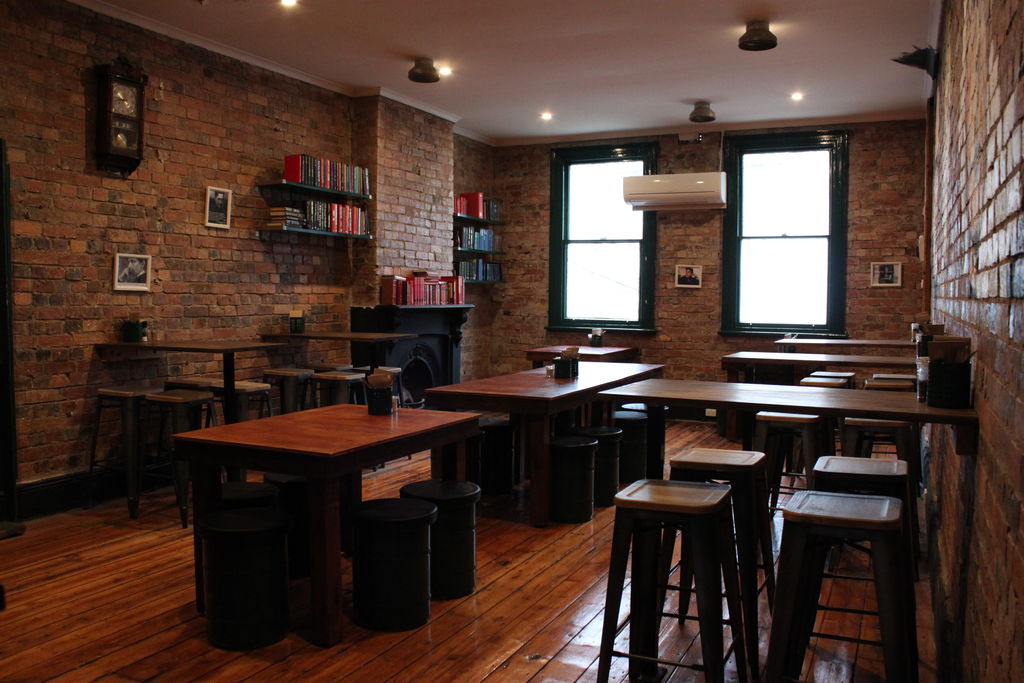 Venturing inside, you’re treated to a traditional Smith Street-style long, narrow room with a counter on one hand for food and drinks, tables arranged along the wall. Head upstairs, though, for more magical surrounds. Queen of Spades’ upper level is kitted out with exposed brick walls, a fireplace, and door leading who knows where (Charn perhaps?).

Murals showing Stephen King, J.K. Rowling, and Quentin Tarantino loom over wooden tables, on which you’re free to play as many games as you’d like for a $5 entry fee. 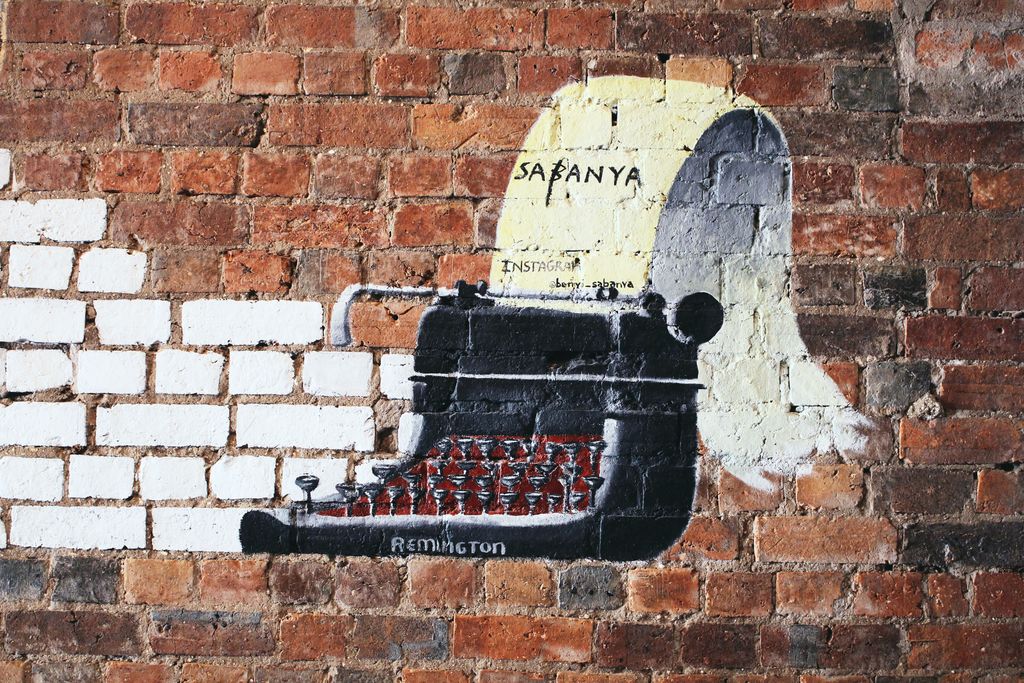 Queen of Spades boasts an impressive list of games anyone can borrow and play, but you’re also free to bring in your own. The Plus Ones’ master gamer, Christian, arrived with a selection of his favourites. The 20 of us got into Flamme Rouge, Splendor, Codenames, and Dixit; plus TPO writer Rachel’s Tarot-based card game.

I loved Splendor, where we traded jewels; and of course, any game called Codenames would be a hit with a bunch of writers. (It’s a combo of Battleship and Taboo.) 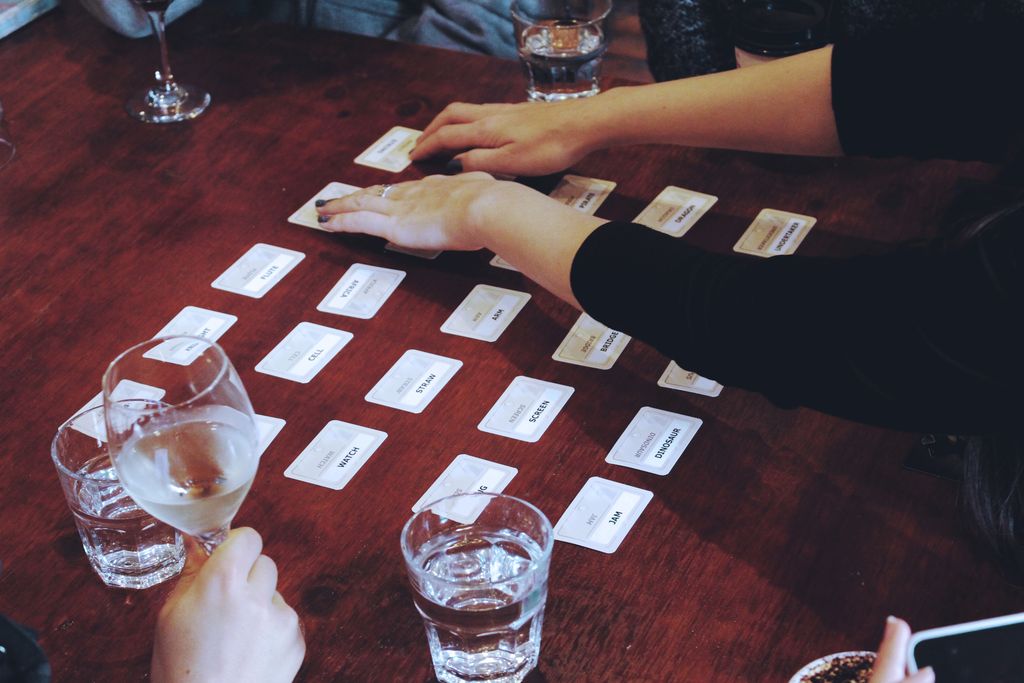 For drinks, we quaffed the house red and white wine, while beer lovers chose between White Rabbit, Founders, Coopers, and Little Creatures. Here’s hoping Queen of Spades will stock more local microbreweries in future, too. Best of all, you can grab a late-night coffee — something that Melbourne is sorely behind the times in. (Said this former Wellingtonian, home to the helpfully-named Midnight Espresso.)

Food-wise, Queen of Spades boasts a full kitchen. We availed ourselves of their delicious menu, snapping up everything from bruschetta to roasted capsicum and almond/black garlic dip, with generous amounts of fresh bread from Rustica. The rosemary and parmesan polenta chips with aioli were a huge hit, and the quesadillas with guacamole and sour cream barely lasted two minutes. 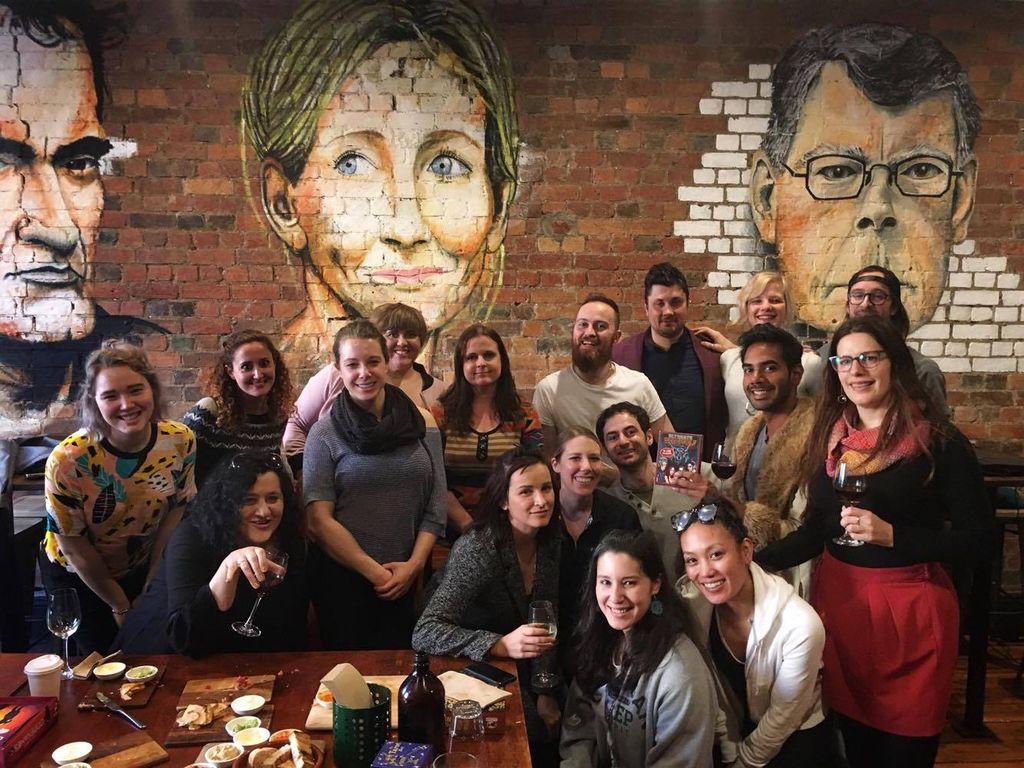 Queen of Spades are committed to their community, hosting a monthly series of Werewolf ($5 entry), an awesomely fun theatrical game that’s similar to Assassins. Staying open late on Thursdays to Sundays, anyone is free to come in and create new friendships over a fun game or two.

The next time you’re looking for a new, fun way to spend time with mates, or want to make new pals, head to Queen of Spades in Fitzroy.

– Theresa
Co-founder of The Plus Ones, Theresa is slowly coming around to the idea that boardgames are pretty darn fun.

A Fully Booked Dinner for Women in Food and Beverage

Your guide to September 2017: all the festivals and all the fun in Melbourne