Navy Pier is a riveting and intricate tale of a rivalry between two college buddies, and two women who are caught up in a tangled web that changes them in ways that none could predict. It is a nuanced psychological thriller of sorts, based on a solid work by Chicago playwright John Corwin, strong directing and acting by theatre company North of Eight that we can recommend without hesitation.

Martin and Kurt are English majors and inseparable friends. Their admiration for each other borders on envy, and plays out in a constant rivalry that spills into all aspects of their lives. They share and encourage each other to become the best writer over countless hours playing air-hockey. Olivia and Iris are two women who get caught up in the rivalry and shape the narrative by forcing the men to reveal the hidden drives and motivations that led to the present state of affairs. 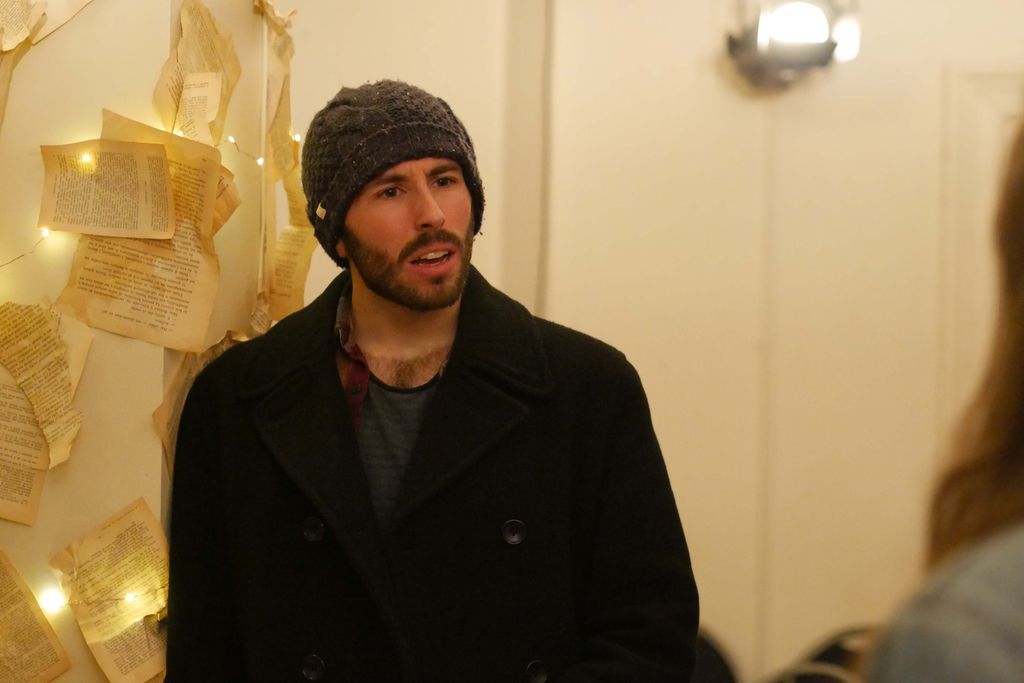 The tale is told unconventionally, with long alternating monologues where each character recounts from their unique perspectives on the story that brought them together, and tore them apart. Set design is minimalist and unobtrusive. Each of the four characters mostly keep to themselves, as they take turns in sharing pieces of a puzzle that is left for the audience to unravel the subtle nuances and unique motivations of each. The story weaves episodes from the past and the present, and eventually forms a strong, satisfying, and organically fluid narrative.

Director Phoebe Anne Taylor made an exceptional choice in picking this work by John Corwin, written 20 years ago, and performed for the first time here. If not for the strong and nuanced writing, this story could have been a straightforward intellectual thriller, and a good one at that — but the use of non-linear and unreliable narrative, and shades-of-gray characters which have distinct and layered motivations elevates it to the kind of play that leaves you discussing and figuring out what led each of the four characters to end up where they did. Most satisfying.

Navy Pier runs 15 August to 2 September 2017 at The Courthouse Hotel, North Melbourne. Buy tickets now.
The venue is not accessible.

‘The Guru of Chai’ at Arts Centre Melbourne

Save The Children’s founder honoured in biographical play, Eglantyne