If your looking for cutting edge theatre to stir your inner senses then look no further than Looking Glass, currently staged at fortyfivedownstairs. Be prepared for a challenging and entertaining evening to see through the end of winter.

Looking Glass is a confronting sixty-minute production written by Louis van de Geer. Geer is a force to be reckoned with, in the top thirty under thirty writers ranked by The Melbourne Writers Festival, she has already gained a strong following for her innovative writing. 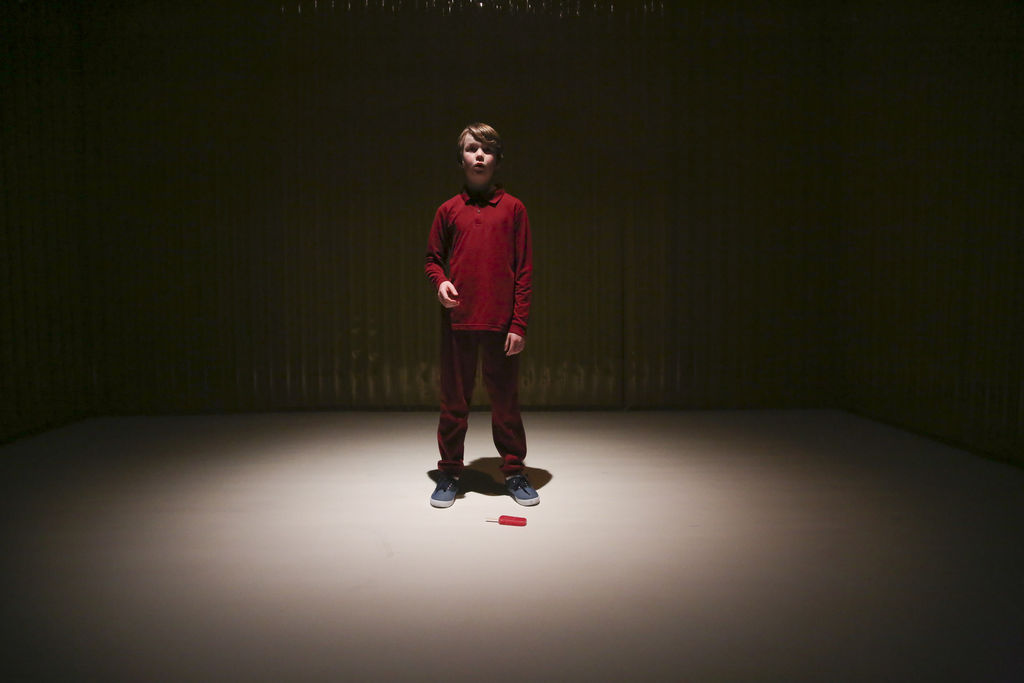 In Looking Glass, Geer unleashes the power of the psyche as she holds up a mirror to herself, the actors, and audience as she questions the role of the unconscious. A family unit under surveillance, a booming voice dictating their every move. It is frightening, confronting and thought-provoking as we observe the constraints of family social mores within the self contained stage. A mesmeric production orchestrated with impeccable craft and skill under Susie Dee’s direction.

Dee has fleshed out the underlying constraints of the psyche to direct a hypnotic and jarring theatrical experience. The actors are engaging in their self- imposed austerity caged by a minimal set, an enclosed space that echoes a clinical laboratory. The mother (Daniela Farinacci), the father (Peter Houghton) both theatre and television stalwarts have a binding yet disjointed duo performance as parents in this edgy and unsettling play. 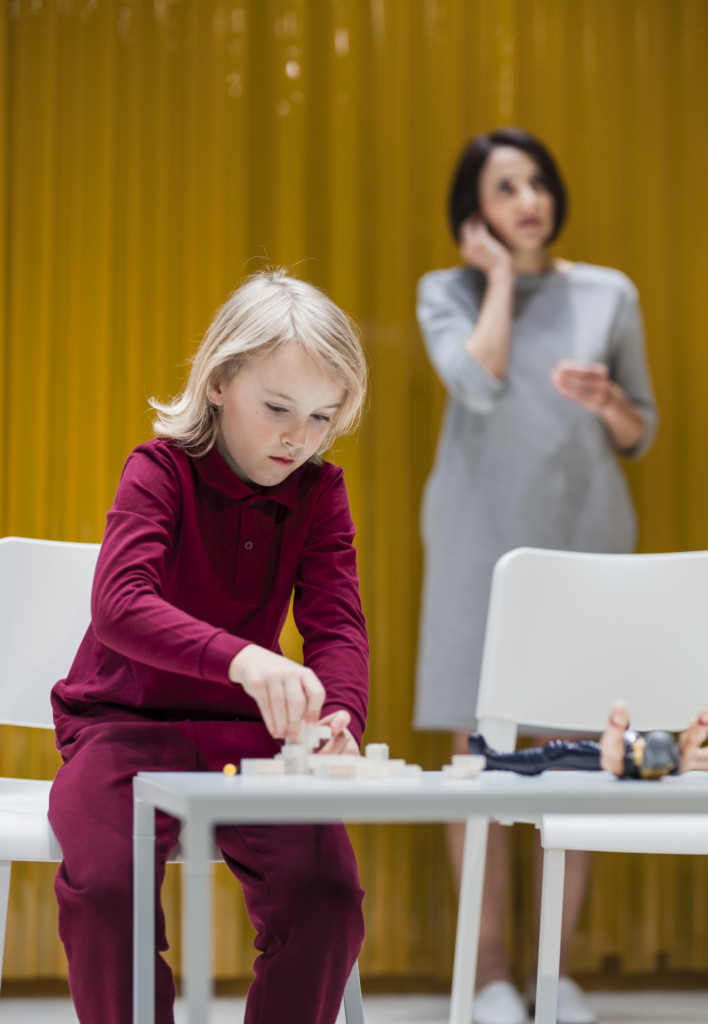 Voice (Josh Price) is comical yet chilling as the dubious voice of the unconscious and the relentless interpolator in this dour family unit. His ‘megaphone’ voice is jarring and his comical antics are a brief yet grim relief. The Child (Thomas Taylor) performance is disturbing as his emotionally abandoning parents shunt him into confusion and alienation. Geer works with the Independent theatre company New Working Group  who are committed  to risk taking and sharing collaborations to develop work for audiences who love theatrical challenges.

– Flora
A freelance writer and reviewer.

Disclosure: The Plus Ones were invited guests of Hopwood PR.
Image credit: Pier Carlew.