Australian-born composer and pianist Warren Wills was compelled to write Bowie & Mercury Rising following David Bowie’s death last year, aged 69.  Freddie Mercury would have turned 70 that same year. This concert is a tribute to the two much loved icons that arguably marked the end of an era of dreamers and heroes.

The backbone of this multimedia performance are the jazzy piano reimagining of classics such as ‘Heroes’, ‘Space Oddity’, ‘We are the Champions’, ‘Radio Gag’a and many others. Far from covers of the iconic songs, Wills extrapolates the tunes into extremely clever and creative compositions and medleys, accompanied at times by singing, lighting designs, electronic beats and/or dance choreographies.

Wills essentially put together a collaboration with three other artists. Thando Sikwila (whom some might recall from The Voice) brings her R&B/Gospel singing talent, as well as addressing the audience with stories, anecdotes and jokes, plus testimonies of her own admiration for David and Bowie. Jess Mortlock is a dancer, and this is her debut role as a choreographer. Morlock brings a broad range of creative costumes and moves to the experience. Finally, off the stage, Jason Bovaird is responsible for the lighting design that is a spectacle in itself. 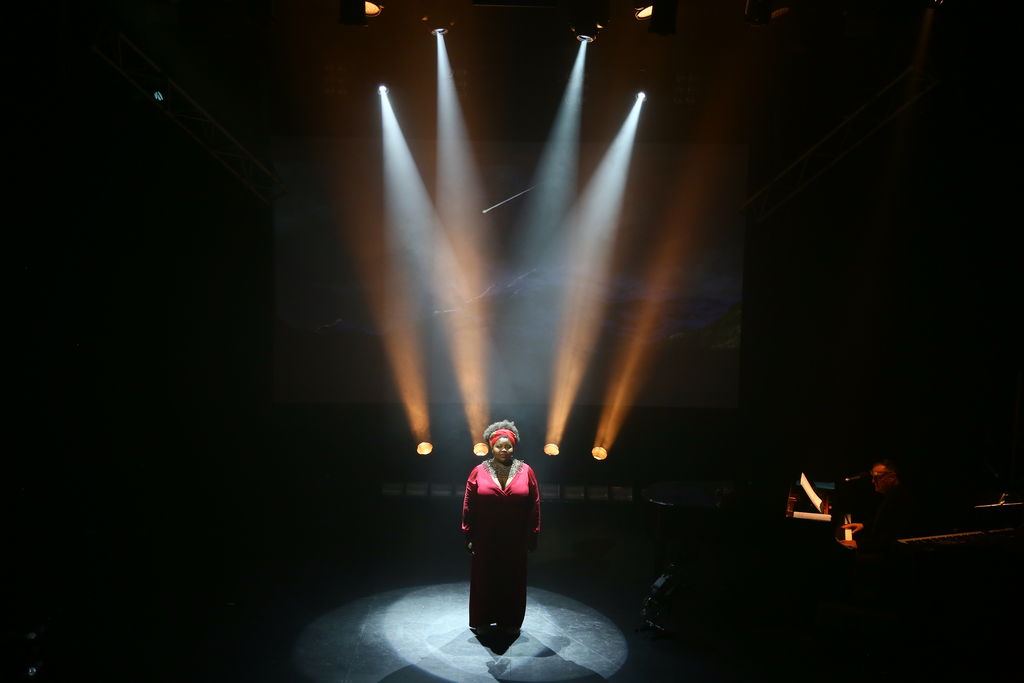 This tribute contrasts the indelible marks that the two trailblazers made to our culture, and a modern world hurtling forward into an uncertain future, where the Kardashian meaning of celebrity is radically different from what Andy Warhol symbolized. The modern world has what it deserves.

Thando herself admits at the end that without Freddie and Bowie themselves present, a work like this could never achieve the greatest potential, but the artists are open and honest themselves that their performance above all is an invitation to the audience to be swept along in an intimate and passionate celebration of the two great, great icons.

Don’t come to Bowie & Mercury if you are expecting a tribute show – it’s not.  If you love thought of an experience that extrapolates from the undeniably great source material, combined with a multimedia arts spectacle, then this show is for you.

Disclosure: The Plus Ones were invited guests of Chapel of Chapel.
Image credit: Cavanagh PR.