For one night only, to a full house, esteemed Melbourne ballet academy, The Australian Conservatoire of Ballet, brought us samples from the classics for a night to remember in a return of their specialist showcase, The International Ballet Gala. Internationally recognised soloists from some of the best companies around the world were accompanied by the young talent of Melbourne’s private school. I took a newbie. All he could think of was of the athletic prowess of the men, and the graceful dexterity of the women. Ballet was by no means merely a genteel art!

The audience was treated to sampling of moves by some of the world’s newest crop of young talent, and we were wowed by their dancerly procession through the air across our State stage. This return event is anticipated by a Melbourne audience who love their ballet. The Russians do ballet best, and in their style, the Vaganova method, many of the most famous ballet’s were composed.

The guest dancers came from the some of the world’s best:  The Royal Ballet, Mikhailovsky Theatre, American Ballet Theatre, Ballet Philippines, Kremlin Ballet and State Primorsky Opera and Ballet Theatre, and performed spectacular dance pieces of great virtuosity in world famous grand pas de deux’s of the classical repertoire. We were treated to some of the best couple duets, divertissements, solos, and company corps de ballet works in the canon of classical ballet, to rapturous applause. 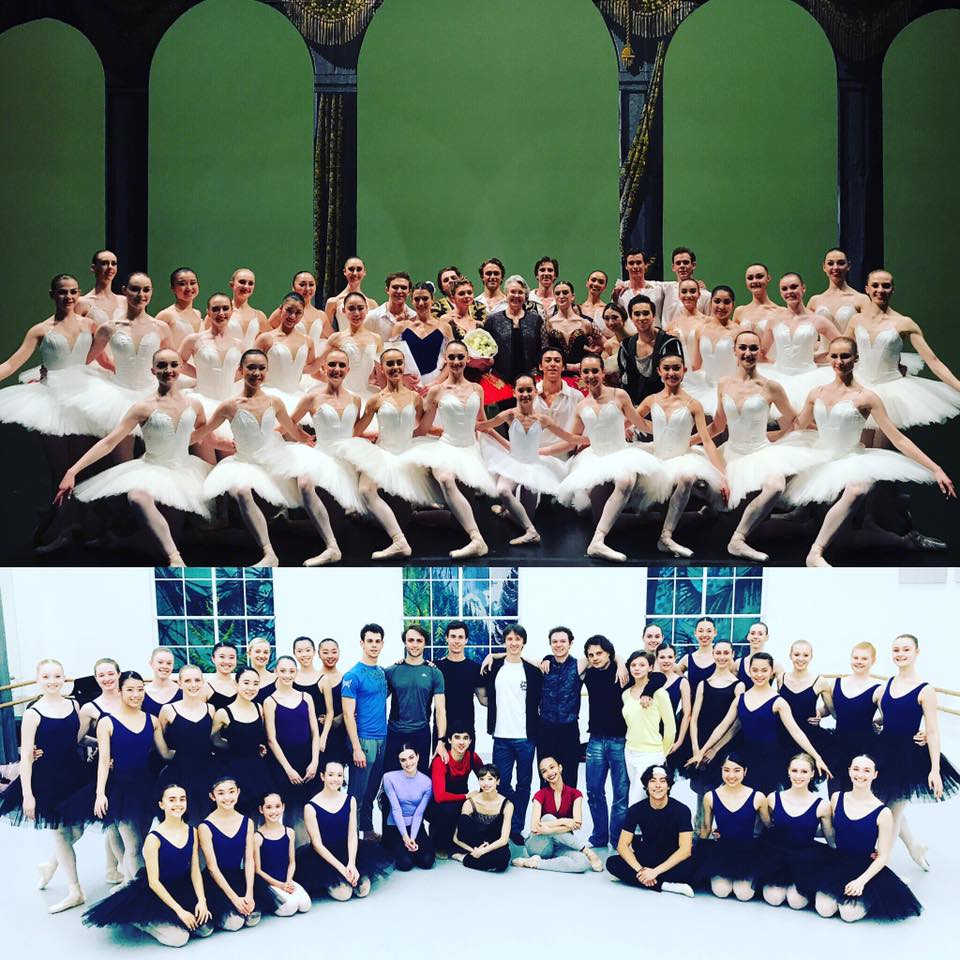 Classic choreography came in the form of famed lover’s duets from Don Quixote,  Scheherezade, and Giselle, with a touch of polite humour via Walsh’s version of La Lecon, about students in a French dance academy. The night opened with showcase work for a large group, Paquita Grand Pas, by master Russian ballet choreographer, Marius Petipa.

The featured star cast excelled in their dazzling body contortions, flexibility, and aerial capacity, as well as in timing and presentation. As with all Galas, you pick your favourite. For me, this year, it was the men. One aerial side split of perfection put AFL footballers to shame. A parcel of modern works felt very 21st century, and allowed the young dancers to show the full range of their toned trained bodies, including a male solo in denim which reworked the famous Dying Swan of Anna Pavlova!

A great primer for young students at their school, the guest leads allowed graduating students to practice parts of these masterworks. The Conservatoire students put not a toe out of place and were a well-timed support to these soloists. They also go to sport divine ballet costumes of brocade torsos and jackets, delicious tutu skirts, coloured tights, and embossed fabrics; all the embellishments which spell ‘ballet’.

The school, founded by former Australian Ballet great’s Christine Walsh AM and Ricardo Ella, delivers the Vaganova technique via its specialist training program, and has seen many of its alumni successfully placed in a range of companies worldwide. Their audience of long time fans anticipate their end-of-year ballet, Swan Lake, with music by ballet’s master composer, Tchaikovsky, played by 65 musicians as part of The ACB Orchestra.

The Australian Conservatoire of Ballet will perform Swan Lake on 19 and 20 December 2017 at Arts Centre Melbourne. Book tickets now.

Bell Shakespeare’s The Merchant of Venice

The Adventures of Peter Pan and Tinkerbell in Return to Pantoland