A rollicking good night out for all ages was laid on thick in lively escapade The Adventures of Peter Pan and Tinkerbell in Return To Pantoland. A terrific theatre show for the littlies, this version had many Mums and Dads, Nannas, and adults laughing along as we booed, hissed, cheered and rolled with laughter at the performers’ antics. We all shared in this famous British story about childhood and the ties that unite friends, family, and spirits.

Bonnie Lythgoe Productions presents this fabulous show in its Australian world premiere along the East coast. Hosted by Brit Kev Orkian, we were coached early in vocal interaction and audience participation. No wonder so many adults looked so happy at interval. The jokes and artistry here is aimed at older audience at times, including a fun Kylie Minogue singalong.

The sets are stellar. A magical curtain resembling an oversize children’s picture book glittered in fuchsia pink and sky blue before the show. The children’s bedroom is marvellously created on large, and windows open to allow Peter and his fairy sidekick to enter in the middle of the night, to whisk Wendy and her siblings away. This show recreates the worlds spoken of in this much-loved children’s story and removes us to magical locations, such as aboard a pirate ship and ashore on a tropical island.

Dance celebrity Todd McKenney anchored the show as dastardly Captain Hook. A total natural with his swagger and tongue-in-cheek seriousness, he played to the crowd. Hi5 children’s entertainer and knockout lead, Tim Maddren as Peter Pan, captures and holds our attention every time he appears. His acrobatic aerial leaps, spins, and cavorting only touch the edge of his enthusiastic presentation. His singing voice and diction is perfect — he is utterly a magical creation you want to escape with!

The voices of the female characters are top notch: Katrina Retallick as Mrs Darling was the perfect English lady as well as a mermaid in a killer costume. Robyn Loau as Tigerlily vibed us up with her islander vocals, funky tunes and dance moves, and Jaime Hadwen was many little girls’ dream as fairy Tinkerbell, in her white tutu, on roller skates. The cast are supported by excellent dancers, singers and chorus of the Lost Boys with female back ups. There is action-plus on this stage! The choreography is superlative, non-stop, character-filled and bursting with energy. 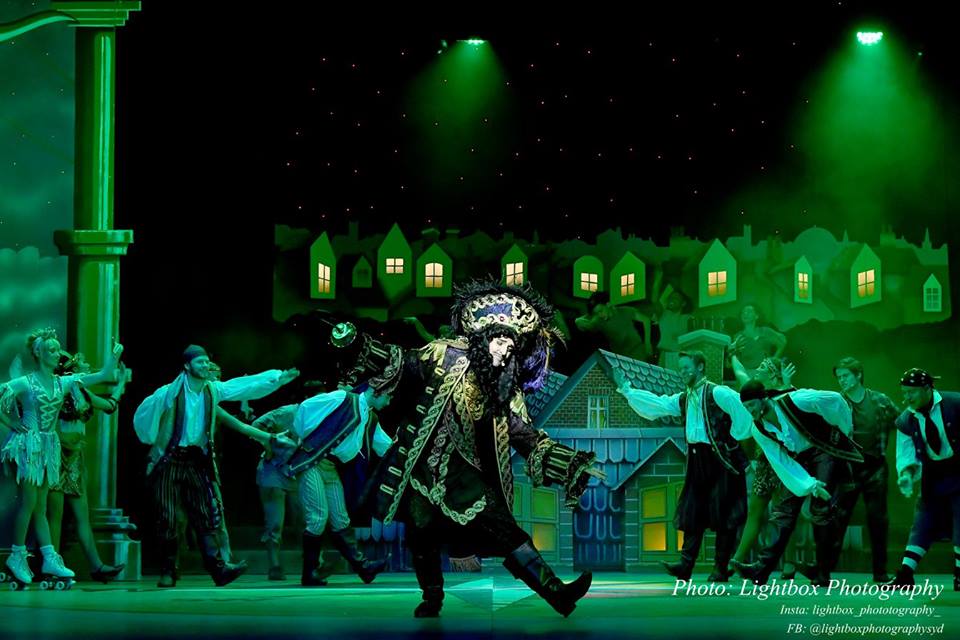 The hilarious scenes with the pirate gang of fools gets us in the mood for comedy and are a segway from the children’s narrative. We have singalongs, and bad taste jokes about toilet rolls and screaming children. It’s the relief you need at the end of a day. Add in pop songs which have you singing in your seat and you have an adventure into Pantoland that takes the audience on a magic carpet ride of folly, antics and magical dreams of childhood that many an adult needs recall.

Disclosure: The Plus Ones were guests of Di Rolle Publicity.
Image credit: Bonnie Lythgoe Productions and Lightbox Photography.

International Ballet Gala with the Australian Conservatoire of Ballet