Bell Shakespeare’s productions are highly regarded and I am embarrassed to say that I have not yet had the pleasure. It was clearly about time and with Arts Centre Melbourne hosting The Merchant of Venice, I was in for a treat. Fairfax Studio is a lovely setting and with the calibre of this performance, I felt I was at The Globe. The Merchant of Venice is a strong favourite according to the straw poll I conducted with friends, and my high expectations were met and exceeded.

Like many of Shakespeare’s plays, explaining the plot can confound the reader and the narrator too. The tales are often complex and intertwined, yet just as easily told and understood over 400 years later when well realised in their utmost simplicity.

And so it is with The Merchant of Venice, presenting themes of wealth, racism, love, power and pride. Throw in Shakespearean cross-dressing and the commentary on gender was exceedingly powerful. For a play written in medieval times, it regrettably has too many issues relevant for us today — and yet this is the magic and power of Shakespeare. It is also the skill of this cast and crew. 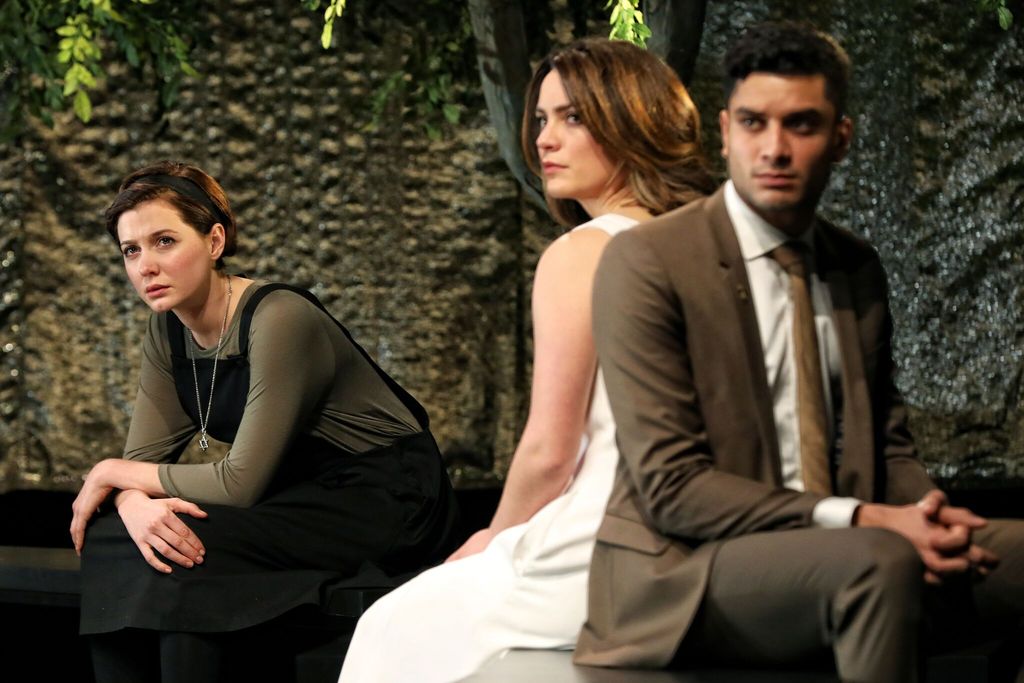 The set is enchantingly simple and even soothing. An opulent golden backdrop, a beautiful small tree and gracefully falling yellow leaves. Benches provide an arena for the characters to perform and allow the cast to watch the proceedings if they are not on stage. There is no backstage, performers are on stage continuously and simple costume changes were done in front of the audience often performed with power and reverence. Anne-Louise Sarks (director) and Michael Hankin (costume and set designer) accentuate the contemporary nature of the production with modern dresses and sharp suits. The feel of the production is sleek, edgy and relevant.

At the same time you leave questioning and introspective. Amazingly, through Anne-Loiuse’s direction there were moments when your repulsion of a character turns to sympathy without you realising. This incredible reflection of humanity means ultimately no character is without fault and yet all are relatable or likable.

The cast are as strong as the production and speaking with them after the performance was a joy. Special mention goes to Mitchell Butel’s defiant Shylock as his demise twists your emotions and sympathies. Catherine Davies as Nerissa and Jacob Warner as Lancelot however are on hand provide both subtle and overt comic relief that ensures the darker themes are portrayed with a curious sense of levity. 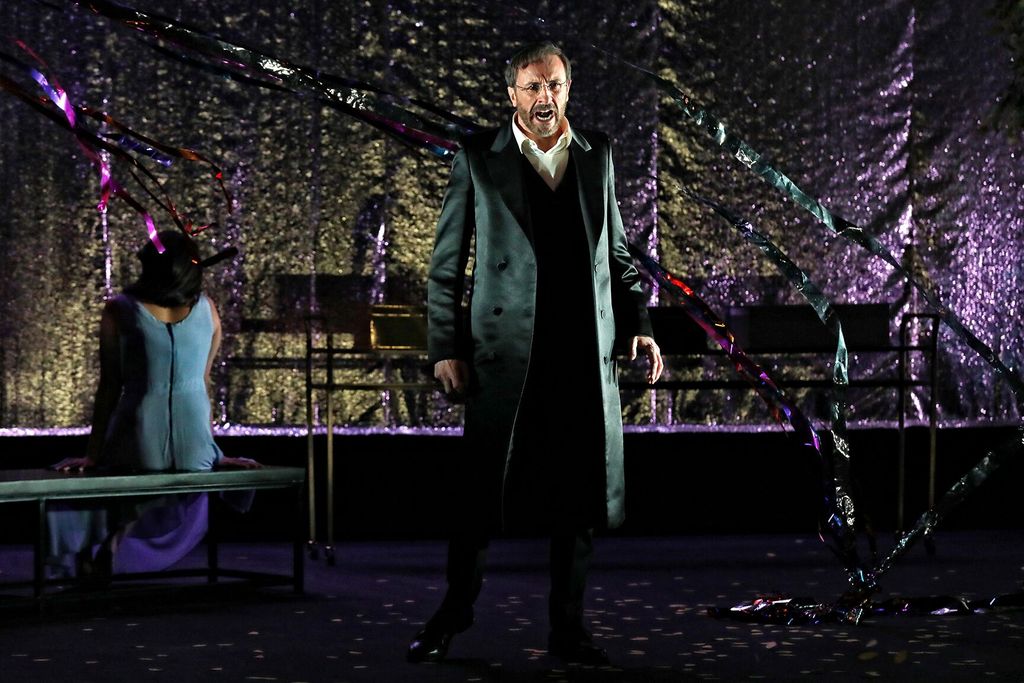 If like myself you have missed Bell Shakespeare’s productions then you had best get yourself to see The Merchant of Venice as this production is extraordinary. If you are a regular then you know already that this wonderful play is not to be missed.

Disclosure: The Plus Ones were invited guests of Bell Shakespeare.
Image credit: Prudence Upton.

International Ballet Gala with the Australian Conservatoire of Ballet