Greed, Lust, Gluttony, Pride, Sloth, Envy and Wrath…We’ve all at one point or another been confronted with these temptations, and who better to take on the theme of the Seven Deadly Sins than the marvellous and quick-witted improv collective, The Big HOO-HAA!  Bella Union hosted the group’s 7th anniversary show.

The stage filled with the most serious performers dressed in the most jovial attire, perfectly fitted for the sins they portrayed. Somehow the seven sins were divided into teams (an odd number, go figure). The moderator, dressed as Satan, entertainingly guided the crowd into the most bizarre exchange of comedy. 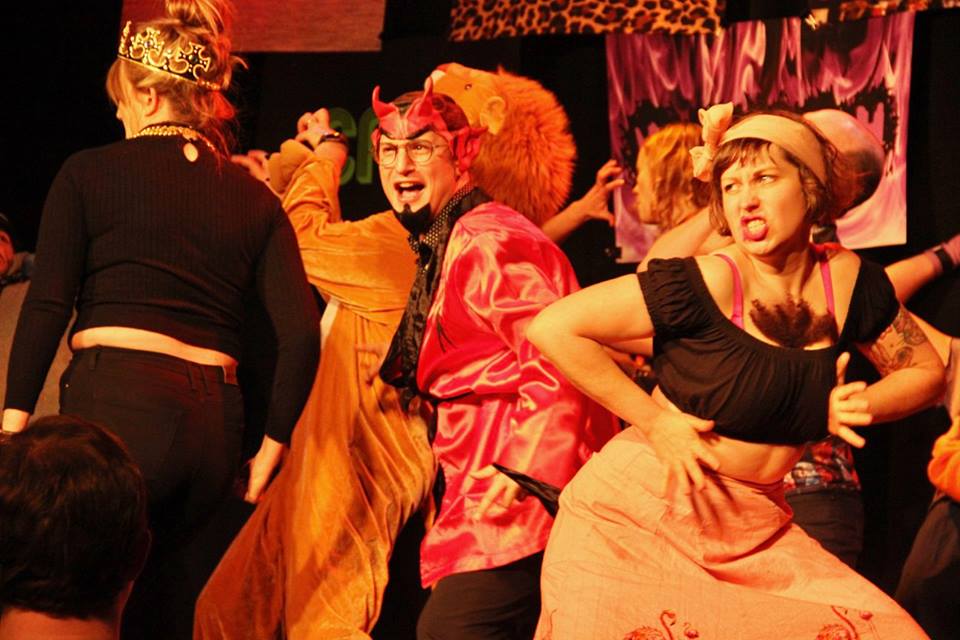 A multitude of skits ensued, with different rules applied for each round. If a player didn’t abide by the specific set of rules, they were kicked out with a loudly shouted designated exit line: ‘HOO-HAA YOU’RE OUTTA HERE.’ The player from the last team standing won a point for their team. As improv suggests, the show seemed scriptless with no prepared jokes and we truly did not know what would transpire next.

The moderator involved the audience every step of the way, challenging the actors with impromptu words given by the audience that the cast needed to rhyme with, sometimes awkwardly used in a sentence, amongst other challenging tasks. 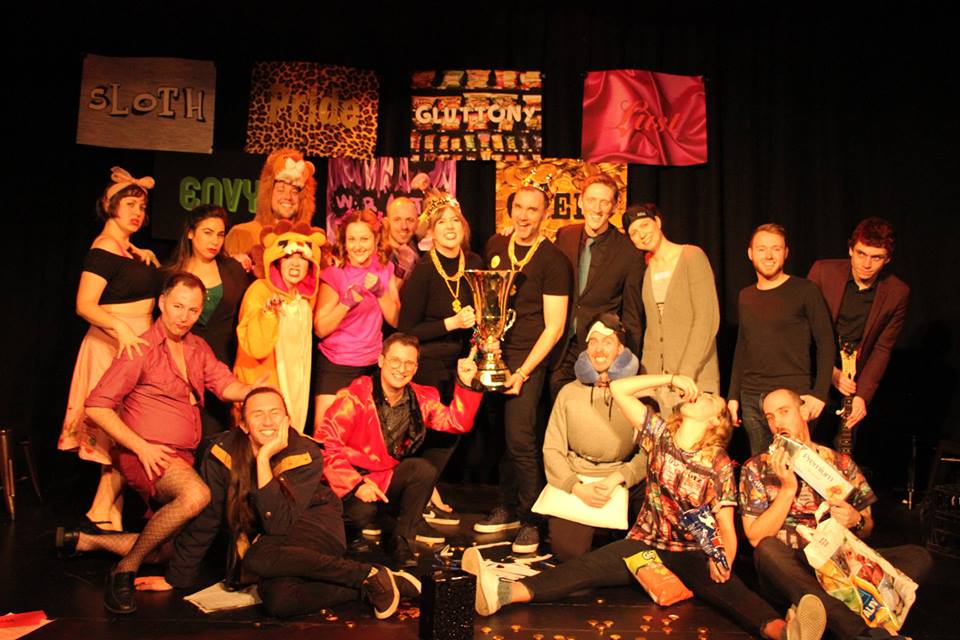 To be honest, I’d rather unrobe on stage than endure the vulnerability, and potential embarrassment, that The Big HOO-HAA actors must have experienced in the arena. I laughed so hard my stomach ached by the end of the show. Raw talent indeed.

Want more? You can enjoy the cast of The Big HOO-HAA! every Friday night at The Butterfly Club.

– Leah
Leah Sparks is a Canadian girl living in Melbourne. Other than her love for maple syrup, she digs the outdoors, live gigs, beer, the 70s and cruising around Fitzroy with her white wolf.

The Big HOO-HAA! runs Fridays, 8pm at The Butterfly Club. Buy tickets now.
The venue is not accessible.