Melbourne’s winter months are rough, but they’ve been hotting up with the arrival of the Cocoa Butter Club to the fabulous Spiegeltent.

Focusing on some of the most wonderful POC cabaret artists, performers, singers and dancers, Cocoa Butter Club brings the internationally famous events to the city – the series began in London last year and has grown around the world.

Melbourne’s first event was a blast of everything glorious, hosted by the wonderful duo of Nayuka Gorrie and Dani Weber, who could have been an act in their own right. Their blend of deadpan humour and blatant crushing on every performer had everyone in stitches through the night.

The event was organised with a great theme of inclusivity, comfort and consent (why aren’t accessible venues and gender neutral bathrooms a thing everywhere?) and had a stunning lineup branching dance, burlesque, education and music. With a portion of all tickets going to Warriors of the Aboriginal Resistance (WAR) the event existed not only to entertain, but to contribute to something bigger, and acknowledge and support the traditional owners of the land we met on. 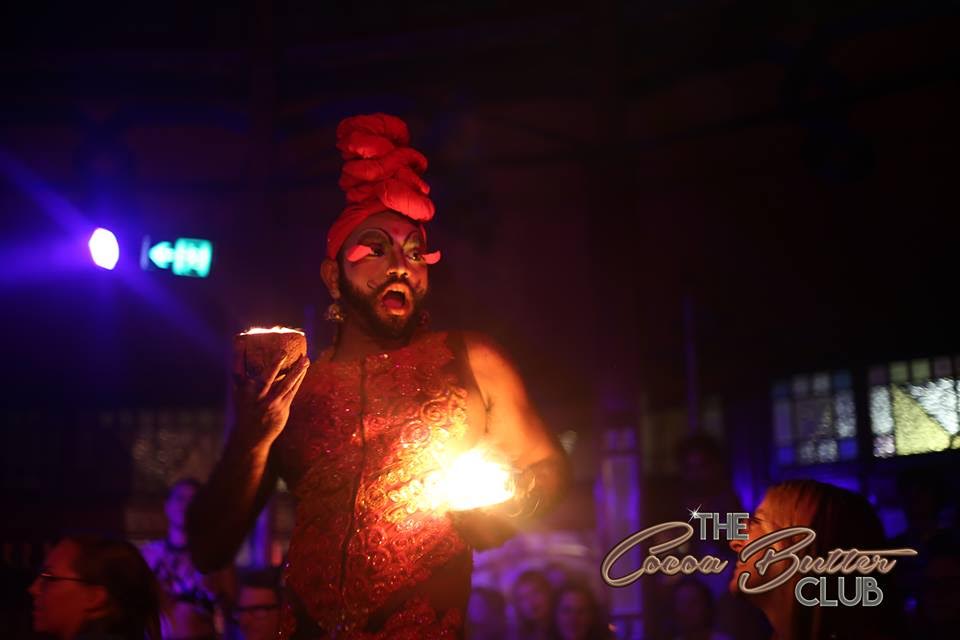 Radha La Bia led the audience through essential recipe’s handed down through her family, including the best way to pickle limes and other fruit – but never have you seen a recipe presented so wonderfully. She returned later in the night (in a marvellous new outfit) and danced around the room with coconut shells of fire – this made for some magnificent photos, and a nail biting yet magical scene.

Raina Peterson is one of Melbourne’s greatest dancers (in my opinion). She performs mainly in traditional Mohiniyattam dance style (and runs classes too!) and had the entire spiegeltent silently mesmerised throughout her first dance, and returned for her second to give colonialism a big kick in the face. Draped in an Australian flag, Raina danced through the audience handing scissors to people who cut the flag off piece by piece. As well as being full of a wonderful metaphor, it was a uniting moment – a cheering room full of people all acknowledging the negative effect the colonisation and settlement of the English has had on Australia and indigenous Australians.

Contemporary dancer and performance artist Carly Sheppard performed a solo movement piece surrounding indigenous incarceration and treatment, and had everyone’s eyes glued to each word and action – it flittered in the spaces between dance, theatre and speech, and made for a heart-wrenching but beautiful performance.

Zelia Rose has returned fresh from a US tour alongside Dita Von Teese, and my goodness. Wow. There is a reason her name is in lights alongside the best and brightest of the burlesque world. I genuinely took zero notes through her performance because I could not take my eyes off the stage. 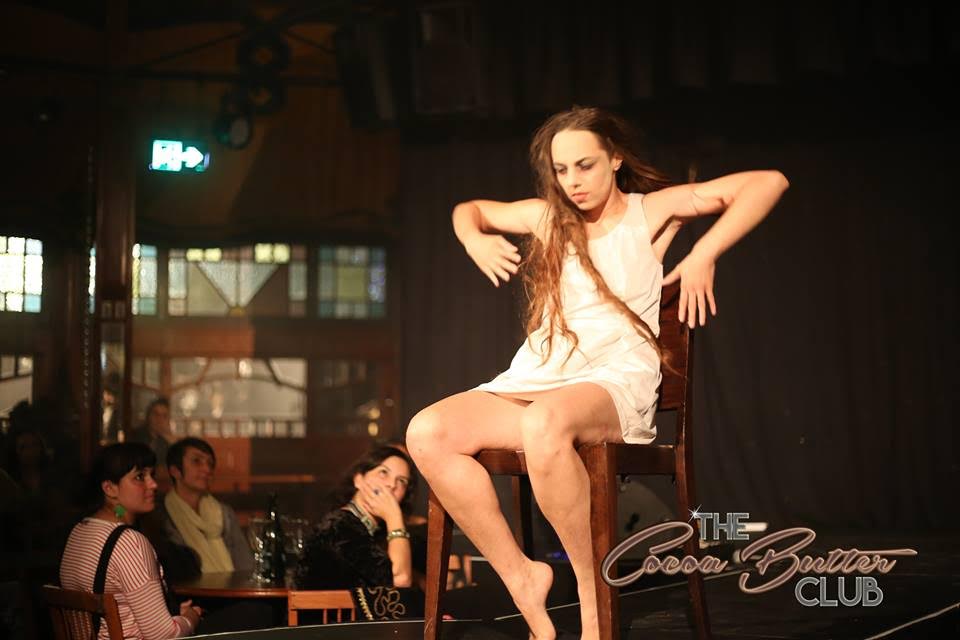 The night ended with descent into a dance party, chairs and tables moved aside so everyone could dance to Bahdoesa, who are one of my favourite acts in Melbourne at the moment (they also rocked the stage at WetFest and Unicorns).

This was the debut Cocoa Butter Club for Melbourne, and the organisers hit it out of the park.

Support amazing artists, hang out with amazing people, and have one of the greatest nights out you can dream of.

Cocoa Butter Club’s next event is on the 26th of July, and if there’s one event you need to go to this month, CBC is it.