The atmosphere was positively electric for Moira Finucane’s opening of her new performance, The Rapture. There was frenetic buzzing energy from the audience as we shuffled to our seats at the cabaret-style tables at fortyfivedownstairs.

A cross-shaped catwalk dominates the cavernous theatre, with religious art, and porcelain wax-dripping sculptures suggesting a blasphemous blend of gothic church and burlesque fashion show. We ordered sparkling, giddy at not knowing what to expect from The Rapture – a party on the edge of the abyss.

The Rapture embraces the ideal of ‘total art’ – a work involving singers, composers, painters, sculptors. It is an amalgam of story-telling, dance, visual art and song that is impossible to categorise. 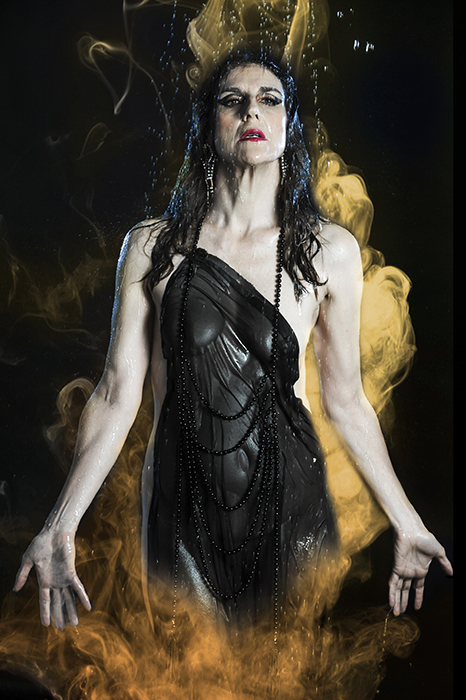 A chorus of three dressed in diaphanous make their way up the catwalk, followed by Moira, draped in furs, nightmarish talons in place of her hands.  She sings — in Spanish, Portuguese, Italian, and other languages hard to define. The performance moves on to disparate sketches, a macabre fairy tale of a woman who has lost her baby and her husband, stories from the artist’s participations in art festivals, a dreamlike account of the hall of mirrors in Versailles — to monologue on art and the extinction of animals.

Moira herself takes on personas, characters, and accents as diverse as the incongruous performances we see on stage. One thing common to all is her absolute control. This is an artist with an unapologetic and unabashed vision that is totally in her element, and commands attention, and certainly a cult-like fan following from the packed audience. 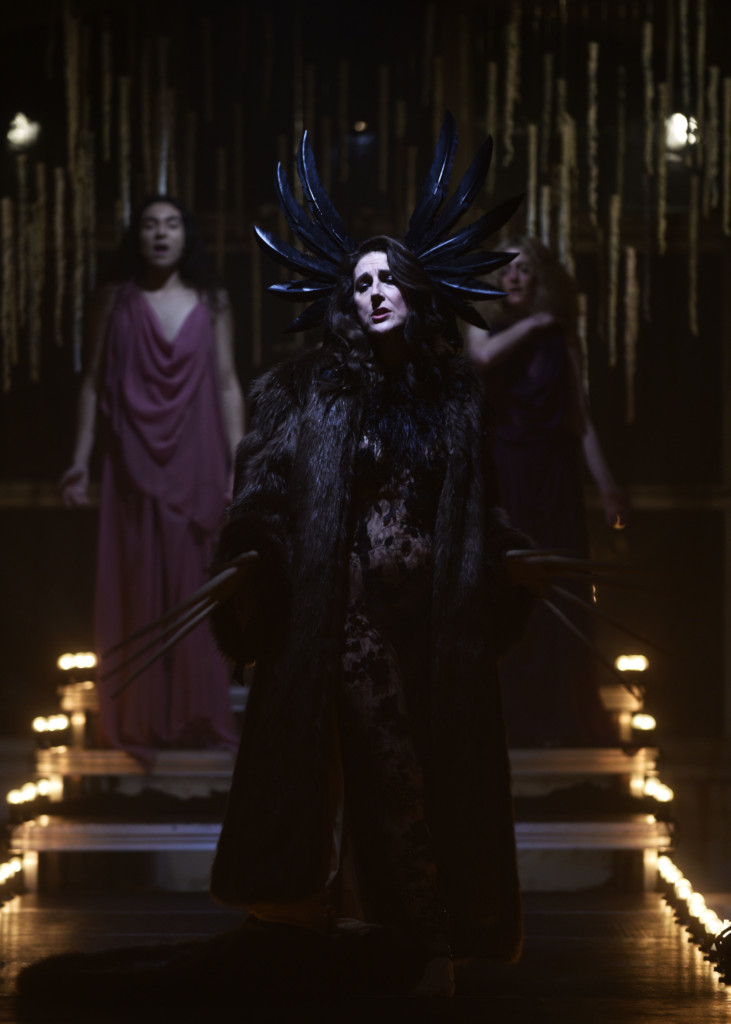 It is also a performance that is saliently political and feminist. Moira left a career as an environmental scientist and conservation activist to create art that reflects a love and belief of humanity, albeit in a manner that can be harrowing, confronting, bewitching, disturbing, grotesque, lyrical and continuously captivating.

The Rapture runs 29 June to 16 July 2017 at fortyfivedownstairs. Buy tickets now.
The venue is not accessible.

Disclosure: The Plus Ones were invited guests of Hopwood PR.
Image credit: Paul Dunne and Moira Finucane.

Volvo Scandinavian Film Festival 2017 – The Plus Ones’ guide