With the current state of the world seemingly descending into rage and ruin, Circus OZ takes a fresh and fun perspective into what it means to be a model citizen. Equipped with new artistic director Rob Tannion at the helm, Circus Oz’s new show Model Citizens succeeds in providing non-stop quirky and kitsch entertainment for all ages.

The ringmaster/clown was combined and re-invented in the form of Mitch Jones, with his neon pink locks and a body full of tattoos he guided us through the two act performance. Mitch provided thoughtful laughs and thrilling acts including escaping from a straitjacket while hung upside down by a gang of generic citizens attacking him for his non-conformity. 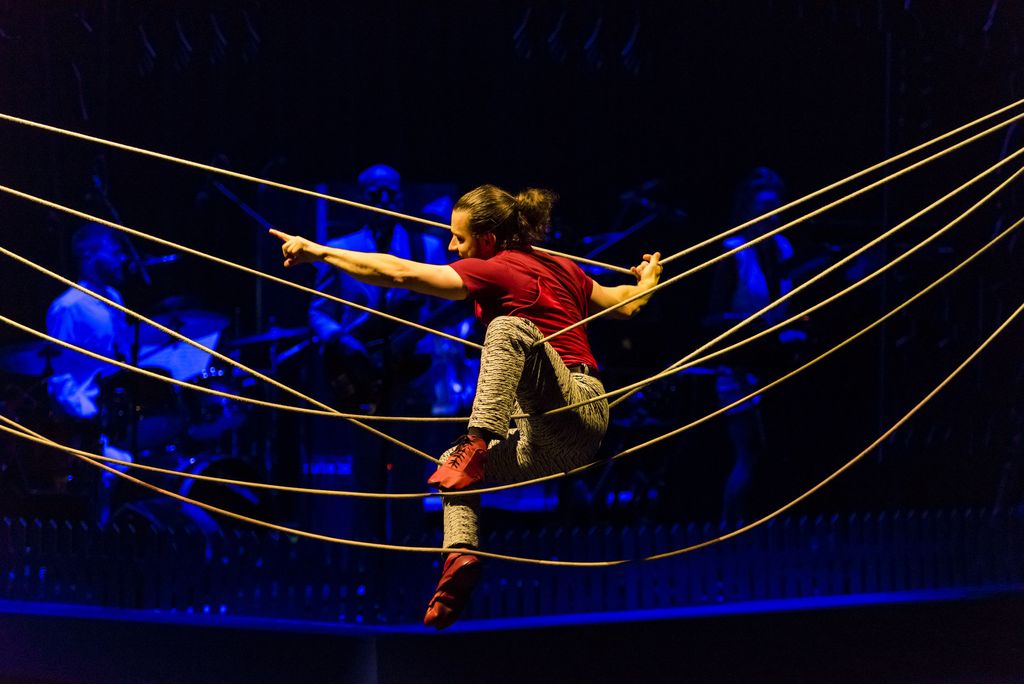 Luke Ha and his credit card climb was another awesome moment in the show, the satirical performance saw him mastering his balances on an ever growing mountain of plastic before the debt collector reigned in and kicked him down from his tower.

Freyja Edney proved she is still queen of the big top with her mind bending hula hoop performance. Having trouble using one hoop myself, Freyja’s ability to manipulate her body to command absolute control of the hoops is something to be seen to be believed.

The highlight of the show for me was Jarred Dewey’s steam iron stilts, prowling the stage shooting steam while contorting his sculpted figure beyond belief and giving me some wild ideas for my next Rainbow Serpent Festival costume. 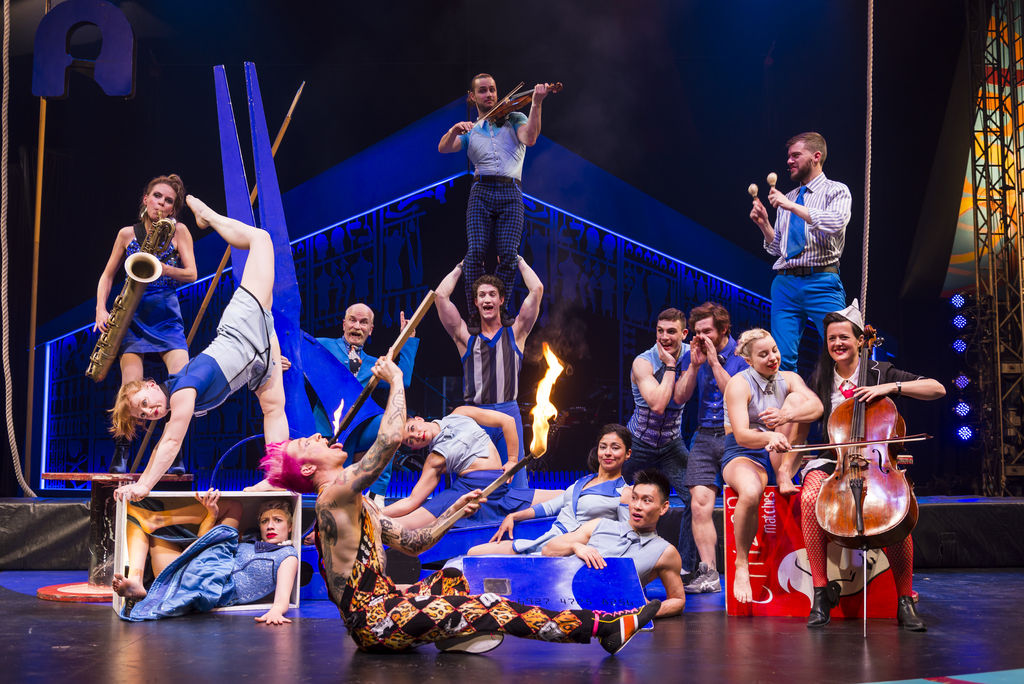 The show climaxed in a high rope spectacular, with some jaw-dropping neck holds and aerial work that had the audience holding their breath.

Model Citizens is a playful yet thought-provoking experience that brings Circus OZ back to the forefront of modern circus though a very Australian flavour.

– Brenton
Brenton is a king of night time shenanigans, follow his adventures @SoSpinky on the gram.

Disclosure: The Plus Ones were invited guests of Starling Communications.
Image credit: Rob Blackburn and Circus Oz.