There is no better way of celebrating the Queen’s Birthday than with her not too distant relatives, the Germans. Hophaus’ 1st Annual SausageFest serves up just that. I could start this article with a complete and utter array of childish, immature, vulgar, grotesque and quite frankly near perverted puns, but I’ve decided to go with this anecdote, the word sausage’s origin: 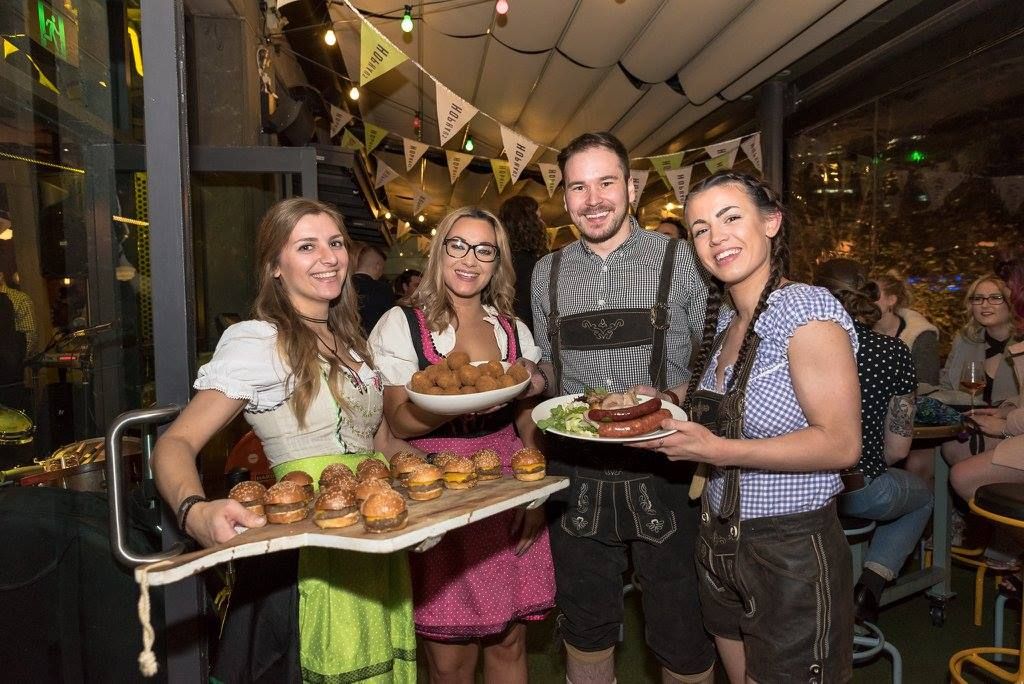 Interesting eh? I thought so. Now, let’s talk sausage. When we arrived at Hophaus, my date and I were lovingly assaulted with the aroma of, you guessed it, Wurst. The band Black Forest were dressed in Lederhosen and played a ditty called ‘The Happy Wonderer.’ We were definitely in for a Teutonic taste of Germany. 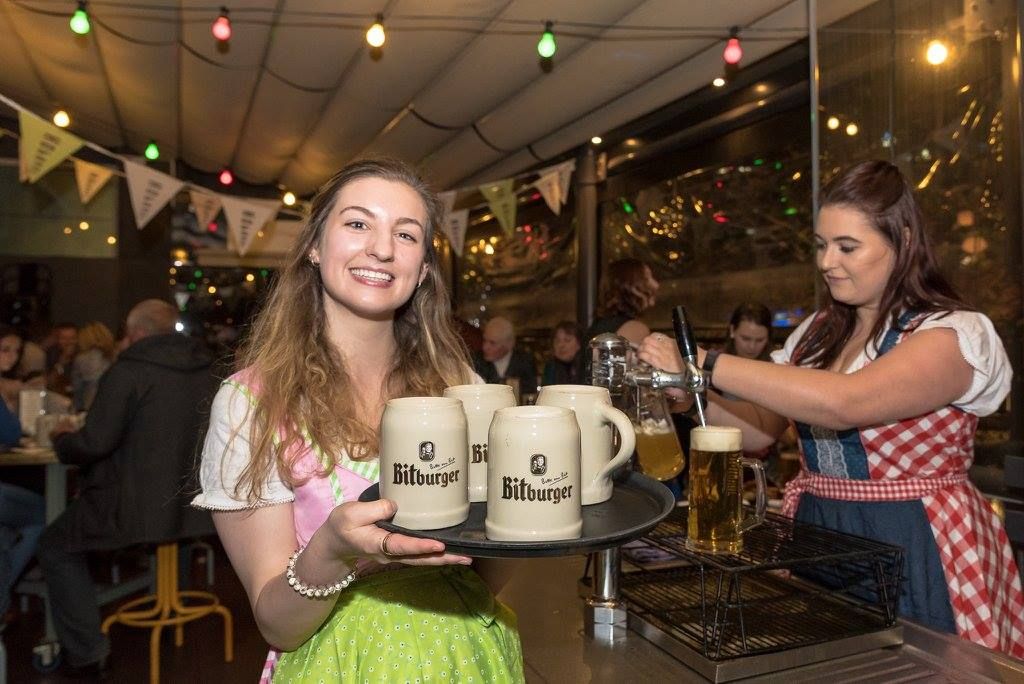 For only $60 a ticket, you were invited into a most festive atmosphere. Steins were swaying to the sounds of the accordion and sausages were certainly sizzlin’. The event was all you can eat as well as drink, so for a moment the celebrations were seemingly limitless. I toasted my arrival with a 1 litre stein of dark Dunkel lager.  Now sufficiently hydrated for the next little while, I then yodeled over to the line for a meat frenzy.  Links upon links of sausages, there was plenty of food to fill the bellies of almost three hundred jolly guests.  Now that’s German efficiency.

Judging by the smiling faces in the bar, I wouldn’t be surprised to see SausageFest back next year.  It certainly wasn’t the wurst, I give it nein out of ten.

Disclosure: The Plus Ones were invited guests of Fuller PR.
Image credit: Hophaus.