‘It’s the best disco in town, bump and boogie all around…’

Velvet is bringing a disco inferno to Crown Casino for a limited run at The Palms. It is celebration and glittering homage to the 1970s, combining circus acts, comedy, and songs. The location suits the show, with lush cabaret seating in the Palms and Crown Casino’s current Las Vegas style advertising.

The cast was sparkling. Literally – performers were clad in revealing sequined covered costumes! Disco balls turned over the stage, while flashing lights and mirrors completed the atmosphere. Velvet turned quality production values into a big, cheesy, fun night out. 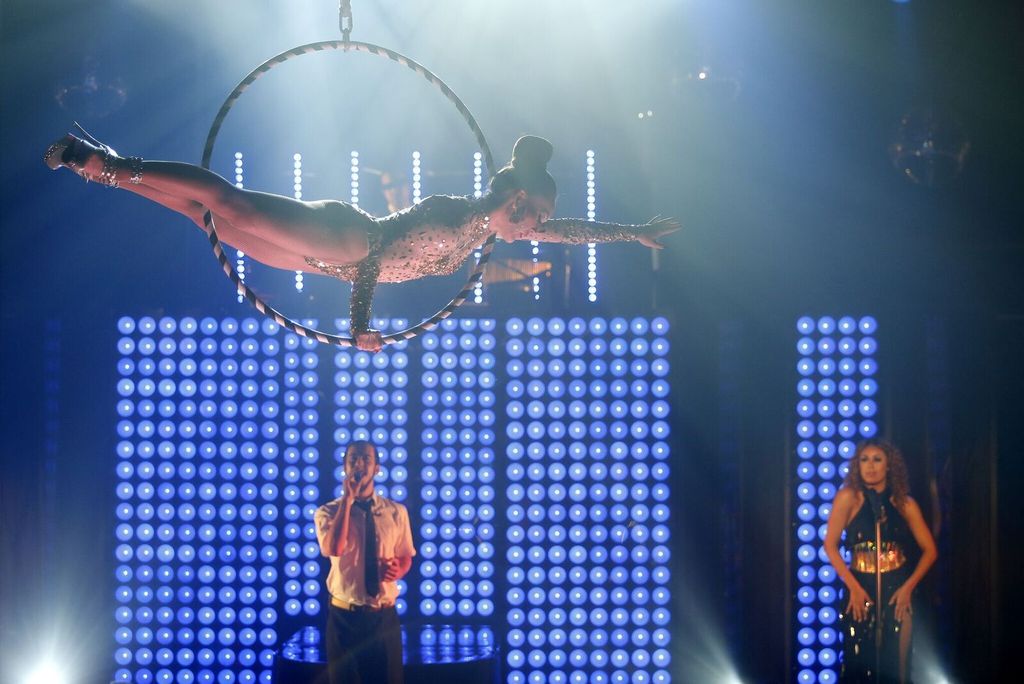 The show featured an international ensemble of talented and sexy performers. Unfortunately, acrobatic performer Mirko Kockenberger was injured the night we attended. It was a shame to miss his tricks — given the skill level of the other performers I’ve no doubt that he also would have been fabulous. Although Kockenberger was out of commission, the night was not lacking.

The aerial work was excellent, Hula Boy’s antics were a surprise stand-out, and diva Marcia Hines keeping everything on track with her vocal stylings.

With quick, seamless transitions between the acts, the hour+ long show never lagged. However, I suspect a weekend crowd will more readily embrace the festive style (the cast certainly had their work cut out for them trying to warm up a Wednesday night audience!).

UPDATE:  Due to popular demand, the show will now run until Sunday 9 July 2017.