I was running late. This is unusual for me, because I’m very rarely a late person. Once I tried to be fashionably late to a party and accidentally turned up half an hour early. I got fashionably tipsy and helped the mums set up snacks instead. The moral of the story: I’m almost never late.

Unfortunately, saying that you’re almost never late doesn’t cut it when you’re the last to arrive to a class on public speaking. I had signed-up for NIDA Corporate’s four-week program, Public Speaking Bootcamp. Lesson one: first impressions count. The tutor had saved a seat for me in the middle of the semicircle. Class sizes are small — only ten participants — so I could feel the eyes of each and every one of my new public speaking classmates on me as I scurried to take my seat. When it comes to public speaking, a little bit of public humiliation goes a long way. It’s okay — I’d earned it.

As a writer-slash-improviser-slash-young professional, I’ve given my public speaking skills some consideration. By that, I mean I’m very familiar with what I do wrong. I know that I have an awful upwards inflection when I speak. I also know that I tend to enunciate words by bobbing my head back and forth like a chicken. Not so charming. I hoped that NIDA’s Public Speaking Bootcamp could help me correct my public speaking faux pas and become a confident, charming orator.

One of the stand-out features of the NIDA Corporate course is that the tutors are all actors. (‘NIDA‘ stands for the National Institute of Dramatic Art, after all.) Despite my minimal experience in front of crowds, I certainly don’t have experience performing on stage night after night after night. There’s something marvellous about understanding yourself from an actor’s perspective. ‘If all the world’s a stage, then fake it ‘til you make it’, is how I presume the saying would go. 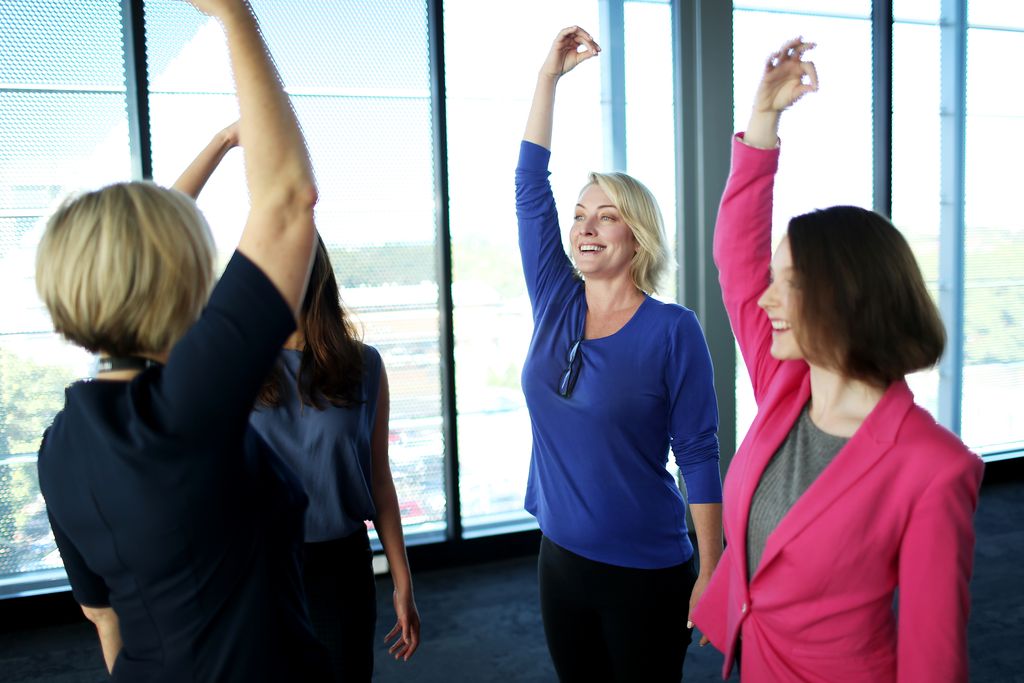 The course is thorough. Each of the four weeks is dedicated to a key component public speaking: physical presence, voice, storytelling and, finally, the actual presentation. Along the way, the tutor also taught us techniques for managing nerves. Unsurprisingly, showing up late isn’t one of them.

Our tutor started the course by running us through some of the techniques he personally uses to control his nerves as a professional actor. He had a Hugh Jackman-like presence, and commanded the attention of the room in a way I could only dream of. Learning that he too felt nervous seemed laughable at first. Still, he was sincere and genuine, and his advice was useful. While I certainly hadn’t mastered his enviable authority by the end of week one, I had already started to notice changes in myself. I held myself a little taller. I was also able to turn on the charm a little better, which is a valuable skill for a grumpy-pants like me.

What I most wanted to learn from the course, however, was how to command professionalism, likability and authority as a young woman. It’s a lofty goal, but one that I feel closer to accomplishing with the help of the NIDA Corporate team. One of their other programs, Influential Women, is all about doing just that, so I felt as though I was in good hands. Our tutor was able to share with me some of his key insights into how to present in a way that is assertive, without erring into overly-aggressive or deferential territory.

I still find the whole art behind public speaking to be a terrifying, foreign world. But I also believe that I can fake it ‘til I make it. Coming out of the NIDA Corporate program, I know that I’m not nearly as bad at public speaking as I’d first anticipated.

The final lesson: Confidence is key. Oh, and also? Show up on time.

– Emma
Emma Hardy is a writer, improviser and comedy lover from Melbourne. While you might not find her in front of a podium just yet, you can always catch her tweeting @bitesizedfem.

The NIDA Public Speaking Bootcamp runs for four weeks and starts every few months in Sydney and Melbourne. The next course starts on Tuesday 15 August at NIDA Melbourne. The venue is accessible.

Disclosure: The Plus Ones were invited guests of NIDA.
Image credit: Lisa Maree Williams.