I’m writing this article about 40 minutes after coming home from Flow After Dark Yoga Silent Disco *DEEP BREATH*. I am fairly sore, but also super relaxed. I have to be honest, this is the first time I’ve really tried yoga. I am fairly familiar with mediation and try to practice mindfulness as often as possible, but Silent Disco Yoga has so far largely escaped my attention.

Let me set the scene for you. Imagine walking into the Melbourne Town Hall. This is a cavernous, impressive, cathedral-style building. It is littered with rows upon rows of yoga mats and eager participants. We are handed an eerie blue glowing set of headphones on arrival. These headphones will be your only access to instruction for the next hour and a half.

Suddenly the room begins to dim and people put their headphones on as they wait in a palpable sense of anticipation. The soothing voice of a patient, calming yoga teacher named Kate Kendall speaks directly to you over the headphones. In a room full of four hundred of yoga pant-cladded humans, there is only you and the instructor. This is the magic of the silent disco element. 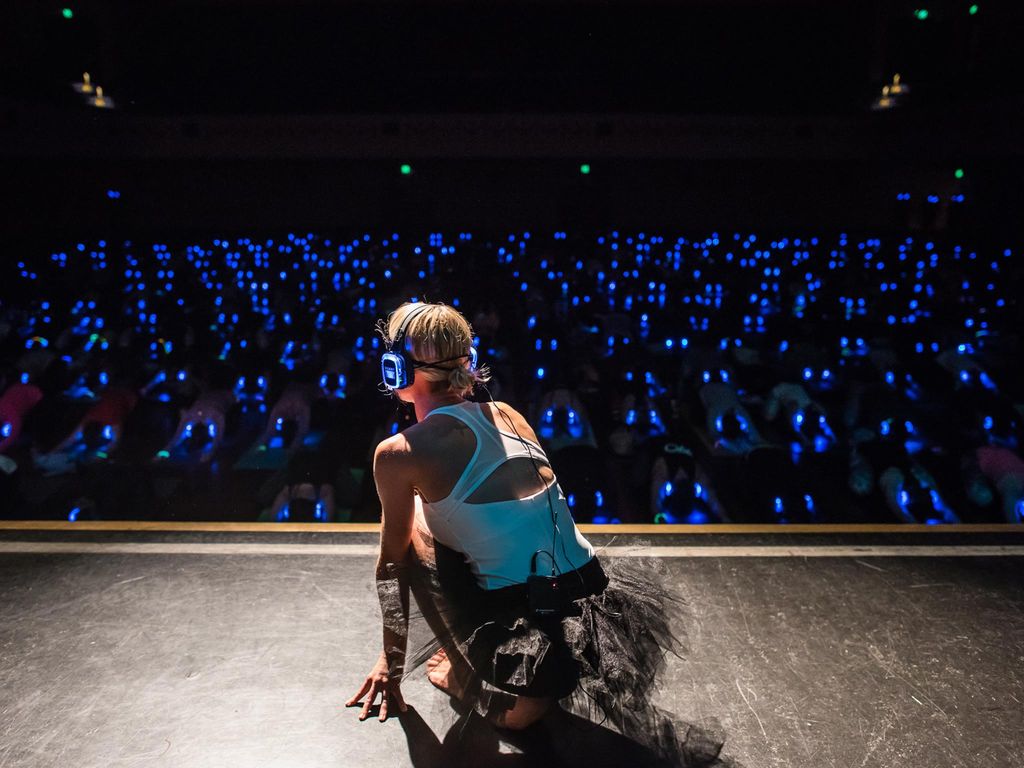 The other feature is how DJ James Mack threads evocative tracks throughout the session, subtly raising and lowering the tempo, all the while grounding the practice. I could not help myself and had to remove my headphones periodically just to bathe in the silence of a room full of sweaty, puffed-out humans.

I was thoroughly impressed by the whole event. But I would also recommend giving ordinary yoga a try as well (I found the musical accompaniment of the yoga a new and interesting addition but also sort of distracting.) For those new to yoga I think this is an excellent entry point into a mindfulness practice, and I have the pleasing lingering ache of a strenuous workout to prove it.

– Rian
Rian is able to get about halfway through the bridge pose before collapsing in a sweaty mess.

Disclosure: The Plus Ones were invited guests of Bennett PR.
Image credit: Bennett PR.