A thrilling night of thought-control by the Ministry of Peace came alive for us in an urgent telling of George Orwell’s social manifesto, 1984 The Play. Directors Robert Icke and Duncan Macmillan’s bold revisioning of post-WWII paranoia is presented for us as an immersive shock session.

In a time of tense international relations, myopic world leaders, and of ritual terror, this famous 1949 meditation on all things political is due for another outing.

Orwell’s literary masterpiece is an unforgiving satire on all that is wrong with ‘civilisation’. Winning audiences the world over with its unique recreation of a sci-fi future, the production originates from a partnership between three British theatres, and will soon tour to Broadway. 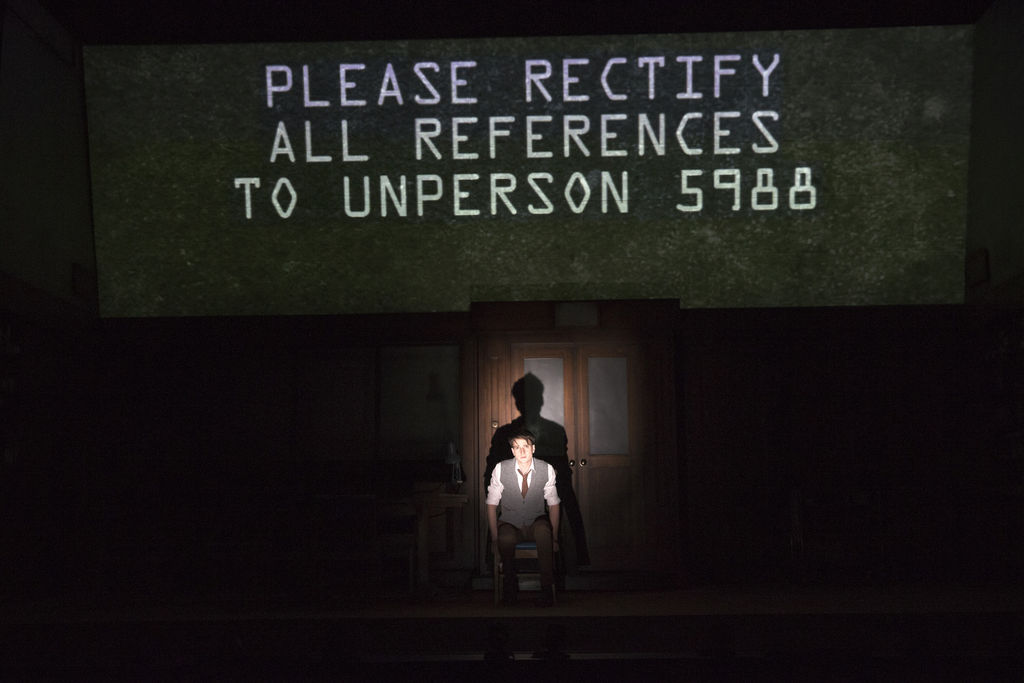 Systematic brainwashing is the new normal and thought-control, and ‘thought-crime’, are legislated sins. Slogans such as ‘War is Peace’, ‘Freedom Is Slavery’, and ‘Ignorance Is Strength’ ram home a dystopian vision of an imagined future with many fictional terms (such as ‘Big Brother’) entering our cultural vernacular.

The intensity of this version viscerally grabbed. You watched on the edge of your seat. Stunning lighting and timed scene changes (with the entire set deconstructed, from from library to bare industrial zone) support a pace that’s direct and unrelenting, shying away from none of the dark episodes.

This all-Australian cast exude excellence, portraying everyday humanity caught up in an ideological warzone. An impassioned performance by Tom Conroy as Winston makes viewing that much more confronting.  Sequences merge as different times, adding to our confusion about what is real or fantasy. (Just as Winston is outfoxed as to which humans he can ever truly trust.) 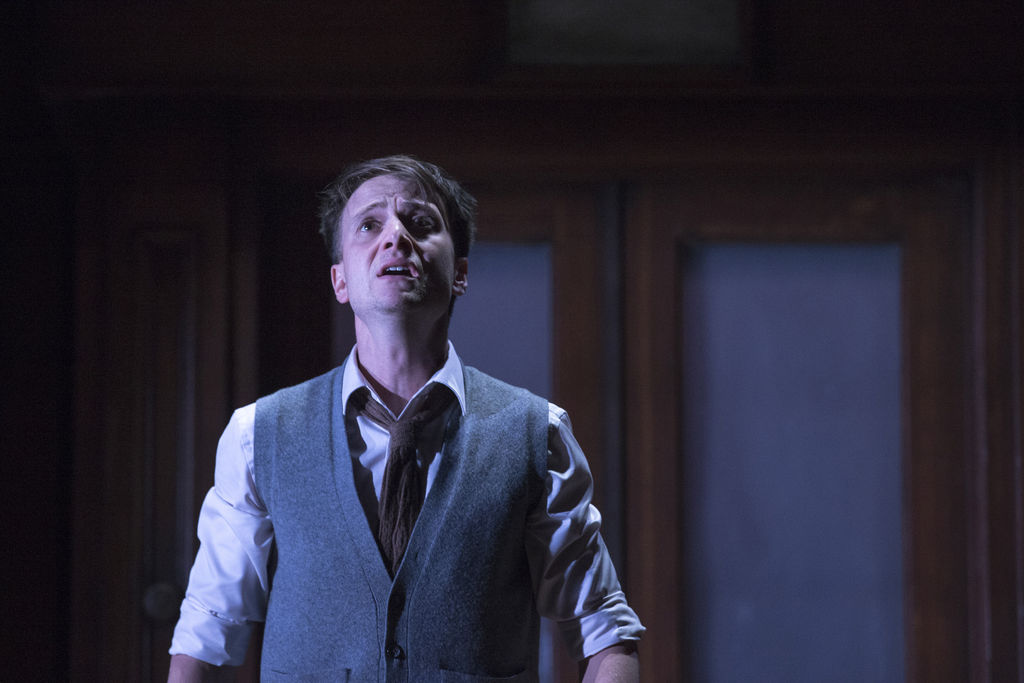 Theatrically, the show uses modern means to emphasise its message, and today’s technologies, which help to make Orwell’s fictions our reality. The set includes video footage beamed on screens, while official announcements boom across the auditorium as random sonic assaults. Simulations of torture bring to mind war atrocities and refugee abuses.

The experienced hands behind this creation offer you a once-in-a-lifetime way of experiencing Orwell’s dreadful verdict. Is the world depicted in 1984 a nightmare or a warning? This show puts you in the hot seat to judge.

Disclosure: The Plus Ones were invited guests of TS Publicity.
Image credit: Shane Reid.

Dialogue in the Dark: Challenge the Darkness