Playwright and author Katy Warner has become quite a force in the Australian theatre seen since her 2013 breakout year, winning a Best Emerging Writer award at Melbourne Fringe, and collecting further accolades since. Her new work ‘Spencer’ is another standout work, a character driven comedy-drama that evokes laughter and pathos as it explores a couple of days in the life of a typical, if barely functional, Australian family. 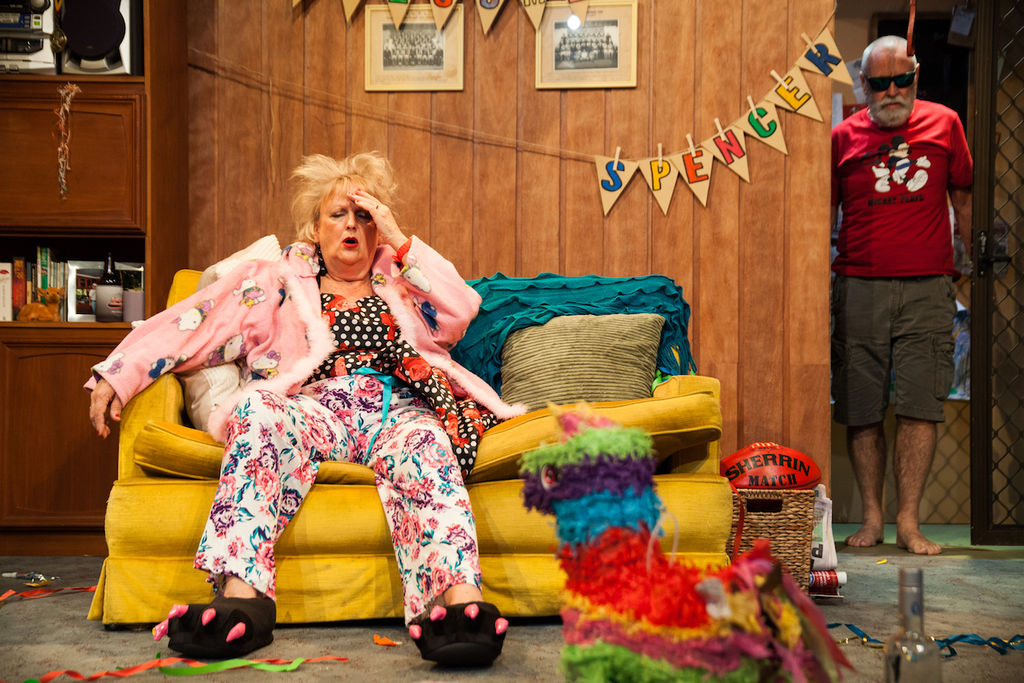 A wood-paneled lounge, furniture, and bric-a-brac survivors from the 70s, high school sport trophies, and a smattering of football memorabilia expertly and seamlessly convey the scene of a suburban low-middle class Australian home.  The laughs come easily as we meet Ben, a thirty-something man-child, and his younger brother Scotty, on the verge of making it as a footy player, the family’s last hope of achieving anything of worth.  It would make excellent Aussie sitcom material if it limited itself to just comedy, but ‘Spencer’ achieves success at more than just laughs. 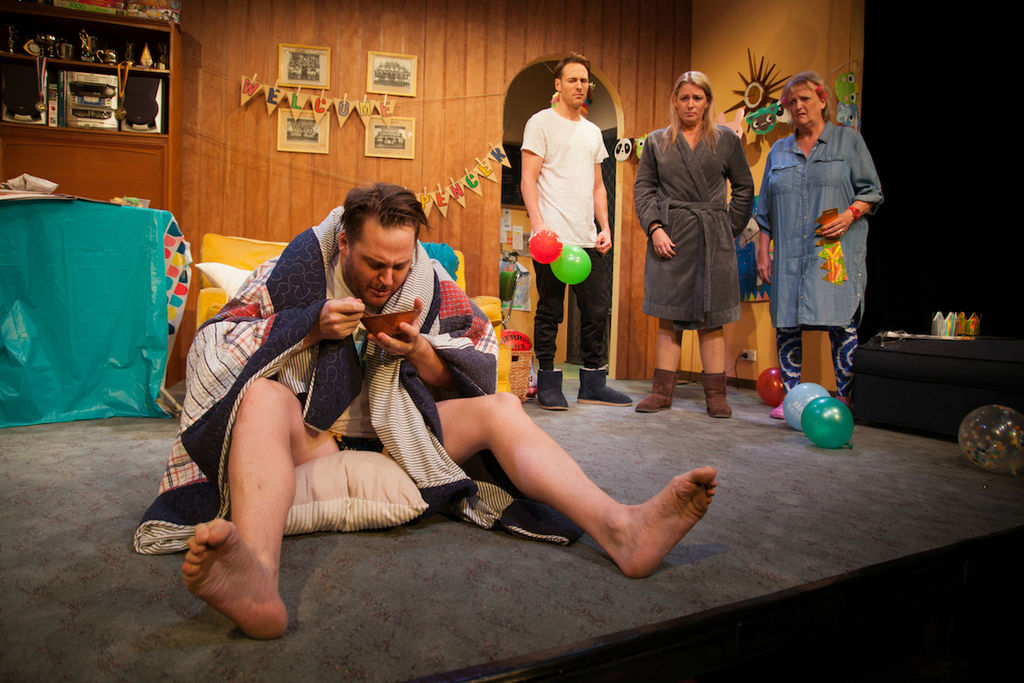 Potty-mouthed mum Marilyn, and the daughter who can’t hold on to a job Jules, struggle this time to bring the family together for one thing that all four find common ground in – to prepare a birthday party for Spencer, the two-year old kid that Scotty has never met. They bicker, bully, dance, swear, tease, and comfort each other in turn.  It is an awkwardly familiar viewing of a family that has seen its fair share of turmoil, precipitated by dad Ian, who walked out on them 18 years ago – and decides that it is time for him to meet his grandson and move back home.

Lyall Brooks as Ben draws most of the attention, as the slapstick loveable loser, and his comic acting draws the most laughs; but it would be unfair to single him out as this ensemble piece has uniformly excellent acting.  From the opening dialogues, actors inhabit the misfit characters with proficient ease, imparting on the audience shared feelings of joy and grief, touching on the universal themes that we all relate to in our own families.

Spencer runs 11 – 28 May at Chapel Off Chapel. Buy tickets now. The venue is accessible.

Disclosure: The Plus Ones were invited guests of Chapel of Chapel.
Photo credit: Pier Carthew.

Stonnington Jazz Festival: We Got The Jazz