Van Gogh and the Seasons is internationally exclusive to Melbourne’s National Gallery of Victoria. Works from Kröller Müller Museum in Otterlo and the Van Gogh Museum in Amsterdam are set alongside masterpieces from twenty international lenders from Paris, São Paolo, Mexico, Ottawa, Utrecht, Hawai’i, and Germany. The logistics and loans are indicative of importance.

First, the superlatives. Vincent van Gogh was a technically singular painter, whose art is critically and commercially significant. There has never been as many of his works in Australia as in this exhibition. 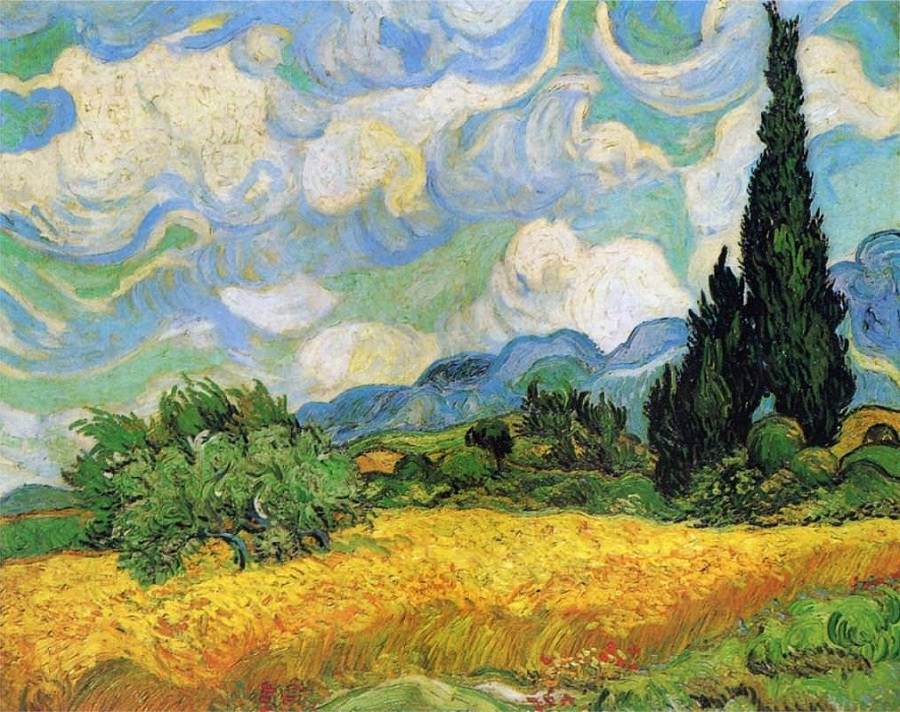 Next, the narrative. That presented by the NGV is of an artist in spiritual communion with the natural order. With some qualification, this story romanticises what art meant to van Gogh, a melancholic neurotic who channeled obsessive thoughts into writing, drawing, and painting.

Yet religion, not painting, was van Gogh’s initial communion. Upon defying his theology teachers, and later his ecclesiastic elders, van Gogh lost his church position. If not for the financial and emotional support of his brother Theo, it is unlikely that van Gogh would have pursued painting as a vocation. Initially resisting Theo’s advice to paint, van Gogh then discovered that he could teach himself the necessary techniques.

Van Gogh and the Seasons is a specialist exhibition with populist appeal. This exhibition emphasises what painstaking practice precedes an artist’s signature technique. The landscape from London and the portrait from Paris represent the van Gogh of public consciousness. Shown here are unfamiliar drawings, sketches, and paintings — together a chronicle of this self-taught artist. It is also a chronicle of places that define his stylistic periods: Nuenen, Paris, Arles, Saint-Rémy, and Auvers-sur-Oise. 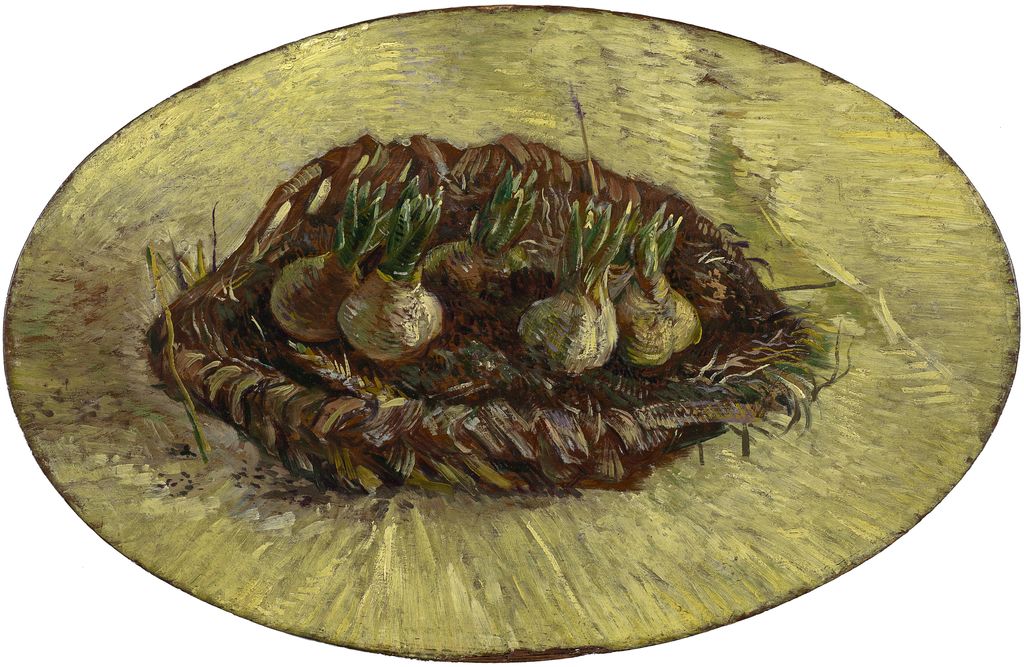 From 1886 to 1888, van Gogh lived in Paris, observed the Impressionist milieu, visited the south of France, and (on Theo’s advice, once again) switched from muted to bright colour. These changes were the making of his reputation, proving him a quick learner and an innovative painter. Stream-of-consciousness letters to Theo show a fixation on iteration, ever experimenting with atmosphere, palette, colour, and draughtsmanship. To read his ruminations (663 letters to Theo were published in 1914) is to read a mind obsessed with ideas of original expression.

December 1888 in Arles, south of France, marked a sudden psychological decline. In quick succession, van Gogh was disfigured, hospitalised, and evicted, all the while suffering from paranoid delusions. He then voluntarily enrolled at the asylum of St. Paul de Mausole, Saint-Rémy, on the beautiful Provence country in which to convalesce. Van Gogh produced 142 paintings during his year there, including Wheat Fields with Cypresses and other masterpieces. The extraordinary capacity shown by the Saint-Rémy works is poignant, for he had many bouts of incapacity in this time. 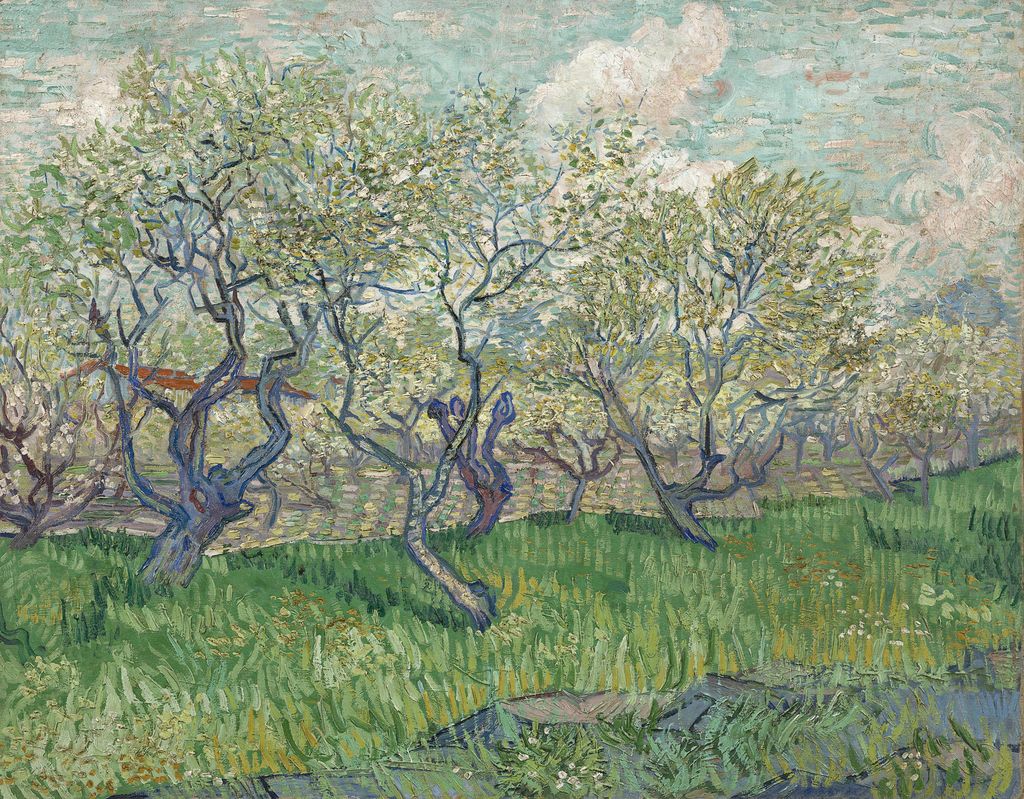 Care at the asylum meant that van Gogh’s volatile emotions were managed, even as the grounds and surrounds uplifted his mood. Upon his discharge, and in Auvers, a manic van Gogh famously created 77 works in his final 70 days. This period ended abruptly with his suicide. Tragically, the singularity of his works was just on the cusp of wider recognition. He had sold at least 21 early works during his lifetime, bartered others, and gifted some.

Van Gogh’s posthumous reputation is due to exhibition by critics and appreciation by collectors, aided by the mythologising of his melancholy. His is a reputation founded on innovation of technical elements. Light/shadow tones, short/elongated brushstrokes, raised/flat paint, glossy/matte finish – curator Sjaar van Heugten points to these contrasting features in Wheat Fields with Cypresses, as original. Sjaar, a scholar and Head of Collections at the Amsterdam gallery, has curated an exhibition that reveals the vocabulary of a van Gogh masterpiece. Each catalogue piece, considered as an element or an expression, culminates in that signature style. 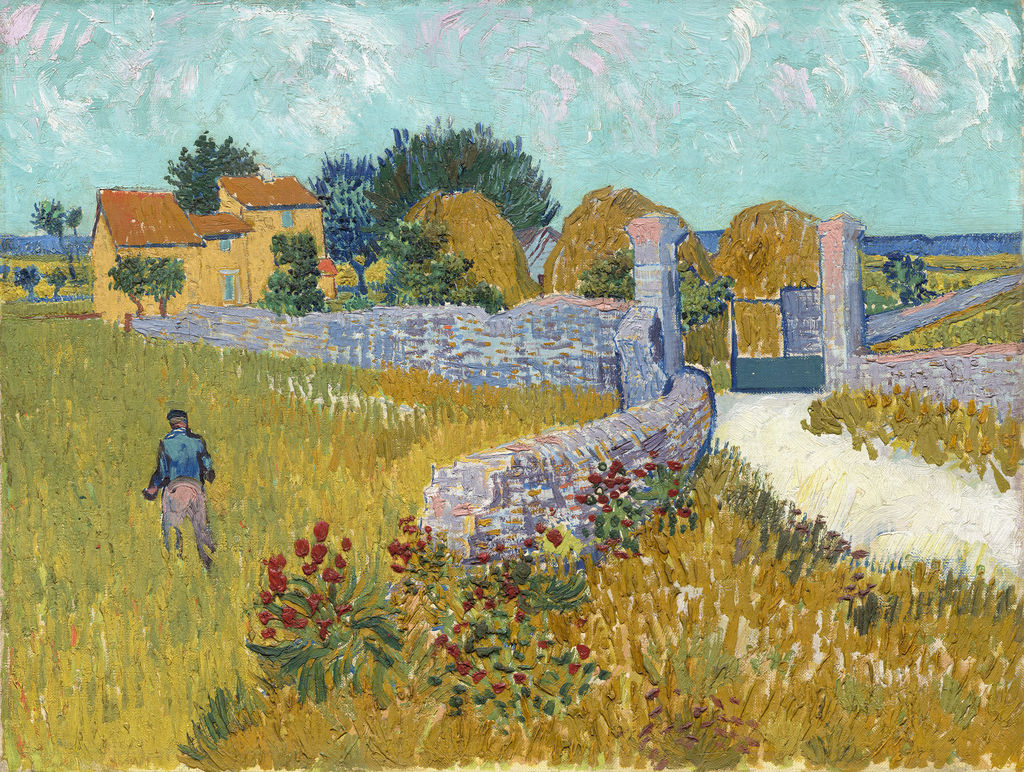 For insight into the making of Van Gogh’s heartfelt art, Van Gogh and the Seasons is an exhibition which inspires.

Van Gogh and the Seasons runs until 9 July 2017 at the National Gallery of Victoria (180 St Kilda Road, Melbourne). Purchase tickets now.
The venue is accessible.

UPDATE:
The exhibition has been extended until Wednesday 12 July due to the extraordinary demand. For its final three days it will be open from 8am–11pm.

Disclosure: The Plus Ones were invited guests of the NGV.
Image credit: NGV.