I was really looking forward to seeing the Australian premiere of Gardner McKay’s Toyer. I have been in a crime/suspense reading frenzy of late, and I was hoping that this would take it up a notch. I have also (ashamedly) not been to The Courthouse Hotel, a famed North Melbourne pub and hearty supporter of theatre. It seems appropriate that on a dark night that threatened rain, my plus one and I would head off to see the play that U.S. audiences thought ‘riveting’ and ‘powerful’, and would keep us on the edge of our seat.

The venue was perfect. As we were directed upstairs, we walked through the kitchen-come-living room set to take our seats. In that immediately intimate space we found ourselves observing as a night of sinister game playing unfolded, driven by a smooth-talking psychopath. 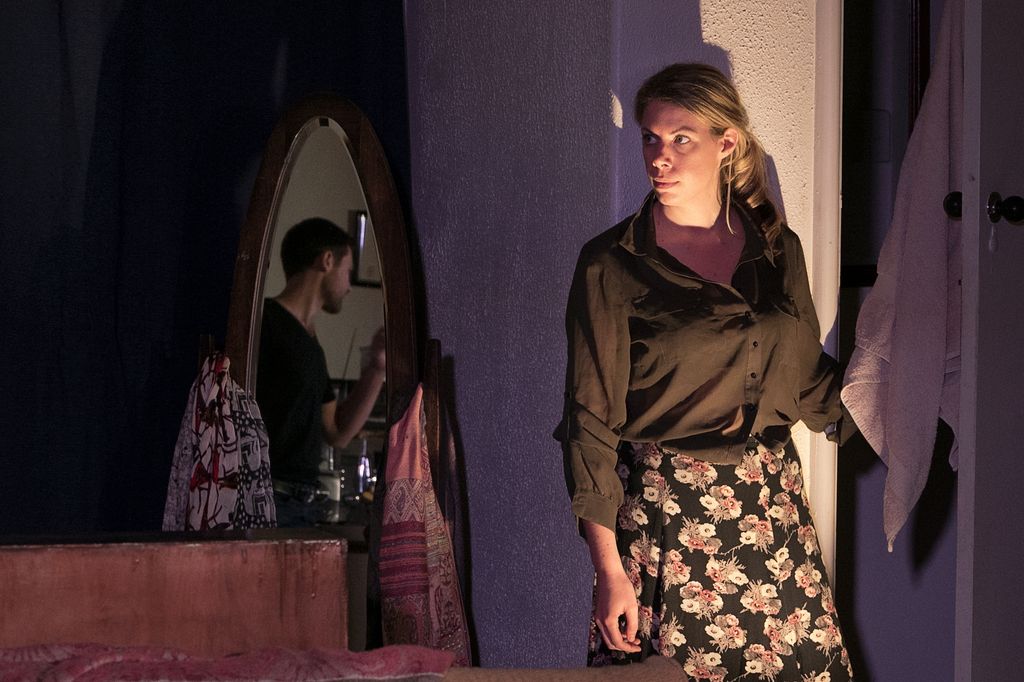 The play starts with Maude, a well-renowned psychiatrist, who has been working with the victims of a serial psychopath who creates ‘toys’ out of his victims by paralysing and lobotomising them. Returning from a late night game of tennis, there is a knock on her door. The charming, disarming (well, he is gay) Peter slowly, cunningly, and helpfully presses his way into Maude’s apartment. As with all good thrillers we, find ourselves horrified and inside our minds we are all saying ‘no no no, don’t let him in’. But charmers are charmers, and little by little he gains enough confidence to get through the door and start making himself at home. From Peter’s first knock the tension begins to grow.

As Peter’s presence persists, his true intentions become clear. Maude is seemingly trapped and helpless in both her apartment and in Peter’s game. Or is she? Like with all good mysteries, the audience is kept guessing as Peter flips between enchanter and sadist. 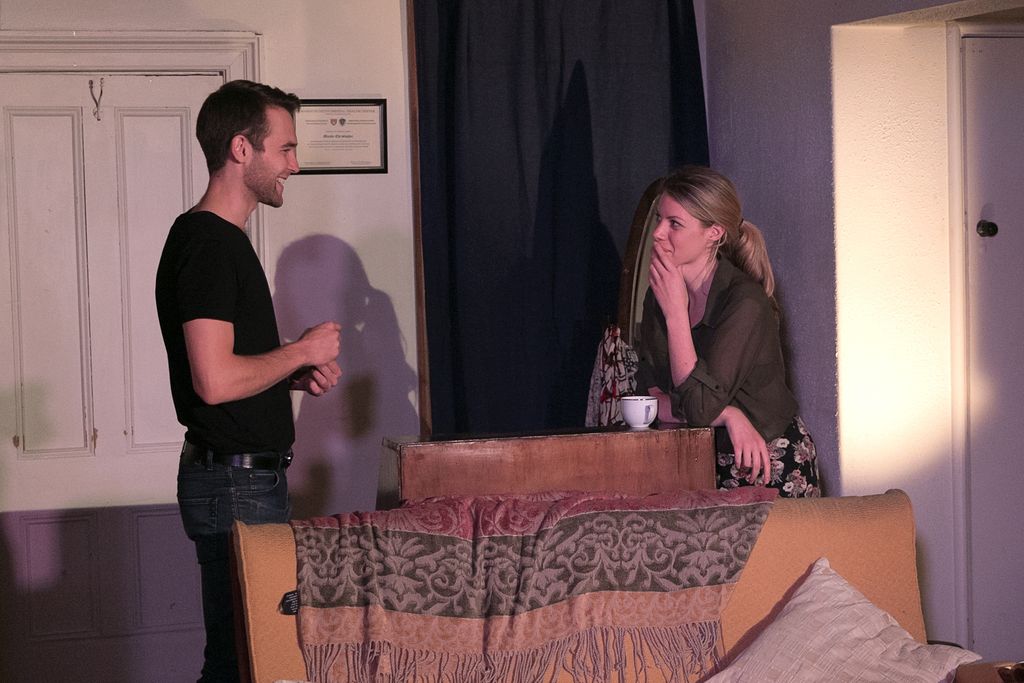 While the story attempts to explore notions of intelligence (Peter is ‘only’ an actor, and Maude is a doctor) and sanity (Maude’s behaviour is questionable), it is the performances of Faran Martin and Kashmir Sinnamon that drive this play.

Their intense performances in Toyer create the multifaceted Peter and ever-thinking, ever-analysing Maude into a show to watch.

– Duncan
Duncan was the most illegible bachelor in town, but times have changed. Although he is still a purveyor of Melbourne’s surprising, quirky, and cultural events.

Toyer runs April 26-May 13 2017, 8pm (110 mins with interval) at The Courthouse Hotel, North Melbourne. Buy tickets now.
The venue is not accessible.

Disclosure: The Plus Ones were invited guests of North of Eight.
Image credit: Arun Munoz Photography.