Gauchito Gil is considered the Argentinian Robin Hood, and Malbecs are Argentinian red wines. Pair the two together, and you get Gauchito Gil’s World Malbec Day. Hosted by Bottle Shop Concepts, and held at the Meat Market in North Melbourne, it played host to over 40 producers, showcasing almost 90 wines. Armed with a booklet describing all the wines on offer, plus a Plumm VintageA wine glass, the job was to try and taste as many wines as possible in the 5 hour period.

Needless to say, this mission could have caused things to get rather messy, but alongside the wine tasting, was also a Golden Empanada competition. Some of Melbourne’s best empanadas were on offer, and after tasting them, we were given the opportunity to vote for the People’s Choice Golden Empanada Trophy winner. With varieties that included smoked mozzarella, tender lamb and ground beef, it was a tough decision, one that had to be mulled over several more glasses of wine. 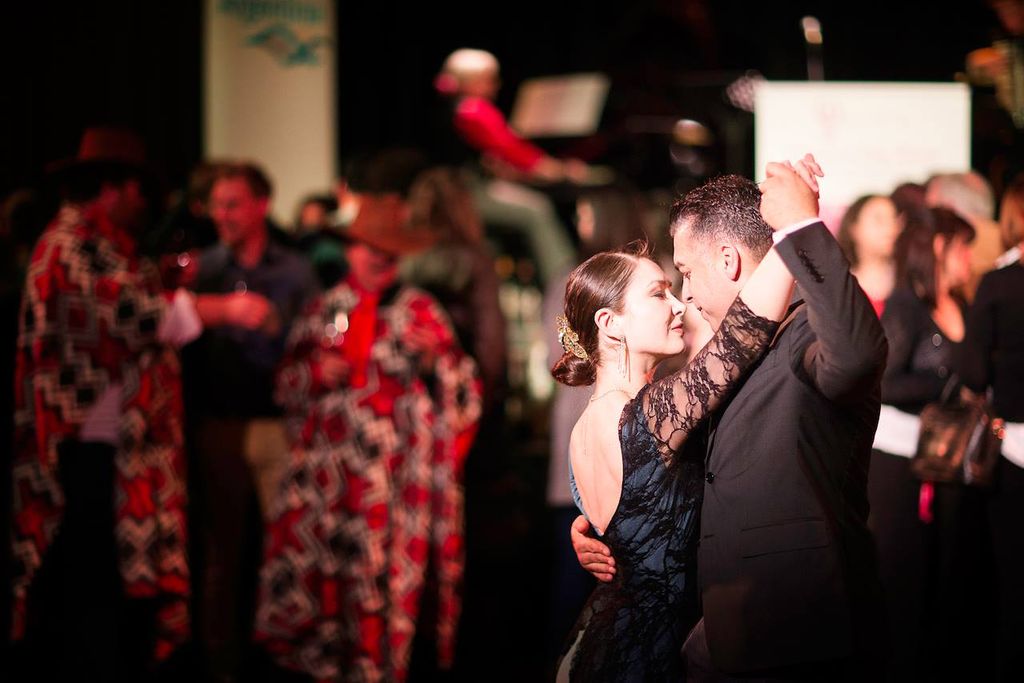 With a soundtrack of South American tunes playing in the background, and dancers dancing the Tango on a central stage, the Argentinian vibe was strong. With many Australian and New Zealand wineries present like Yarra Yerring and Man O War, the quality of wines weas high and many could be seen making notes in their tasting booklets for future reference. But there were many others who were there just to enjoy the wines and have a great time.

Bottle Shop Concepts hosts a number of wine tasting events through the year focusing on different types of wine. The next event will be Game of Rhones, which focuses on wines from the Rhone Valley, and is not to be missed.

– Moni
Moni is married to the ex-President of the prestigious Melbourne University More Beer Club and has a father in law that built his own cellar to hold his impressive wine collection. As a result she considers herself a bit of a connoisseur of beer and wine.

Bottle Shop Concepts next event Game of Rhones will be held at the Meat Market on 10 June 2017. Purchase tickets now.
The venue is accessible.

A.C. Grayling presents The Origins and Future of Humanism

American Essentials Film Festival – The Plus Ones’ Guide