The Australian spirits industry is growing by leaps and bounds. Recognising the excellence in this industry is the Australian Distilled Spirits Awards, hosted by the Royal Agricultural Society of Victoria. As it happens, when awards showcase the best spirits from around the country, throwing a party to celebrate is the natural progression. How convenient. The ‘high spirits’ party featured cocktails made with the winning Australian drinks and were designed by some of the best bartenders in Melbourne.

This year the event took over Higher Ground for a night — a trendy new CBD venue with exposed brick, green plants, and high windows. 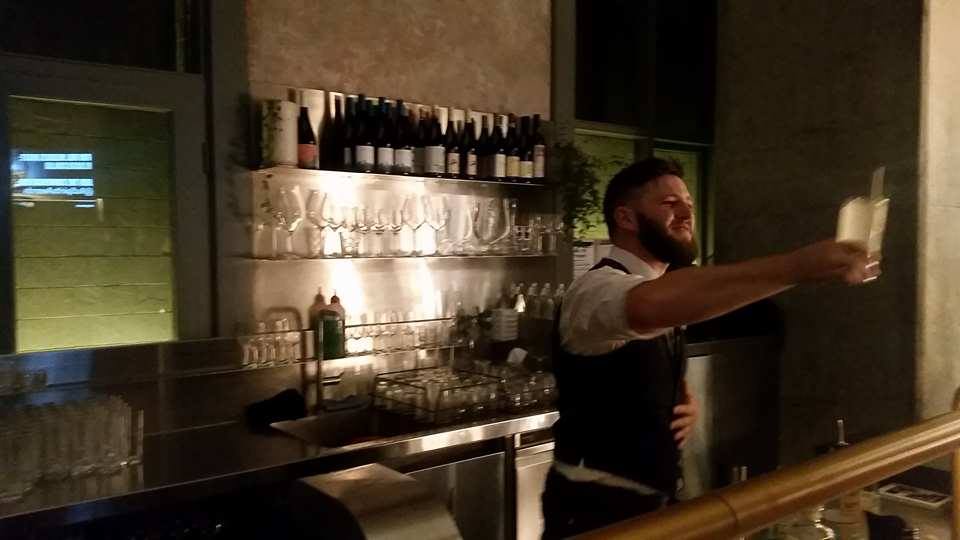 Upon arrival we were greeting with a champagne cocktail of brandy, bitters, and sugar. Things only went up from there. Trish Brews of Gin Palace fame created a cocktail featuring the champion gin – The Broadside from West Winds Gin. She drew her inspiration from the nautical theme (and a few martinis). Designed to look like sunken treasure at the bottom of the ocean, she balanced honeycomb and blackberries with the navy strength gin. Her creation was so popular all of the Broadside bottles were emptied well before the event concluded. Fortunately, the Red Hen gin was still pouring. A new arrival on the scene, Red Hen was a last minute entry to the competition and won the Champion Small Batch Spirit trophy. There was also a refreshing drink with Old Young’s Pure No. 1 vodka and an eye catching bright red cocktail made with Hoochery Distillery’s Ord River Rum.

Starward represented Victoria with their whisky aged in Pedro Ximinez sherry casks. While Western Australia had plenty to celebrate with a tie between Hoochery Distillery and Old Young’s for the Champion Australian Distiller title. Fortunately a generous supply of canapes helped energise us to make it through all of the tastings.

A full list of the Australian Distilled Spirits Champions is available here. Keep an eye out for future events with the RASV. Next up is the Australian International Beer Awards held on Thursday, 18 May.