3 Ravens Brewery knows how to throw a Sunday session in the shape of ‘On The Bend/ On The Mend’ their very own coffee and beer festival. The crew served up coffee, beer, and cheese in their local brewery alongside live music. Basically, everything that makes Melburnians happy, all packed into one afternoon.

Aviary Coffee owner, Jason Ferris, was inspired to create a day devoted to the most delicious of drinks after attending the popular Uppers and Downers festival in the US. Having recently installed a 10kg coffee roaster at 3 Ravens’ co-working space, the coffee aficionado was in the perfect position to collaborate with other creatives and bring his coffee beer vision to life. 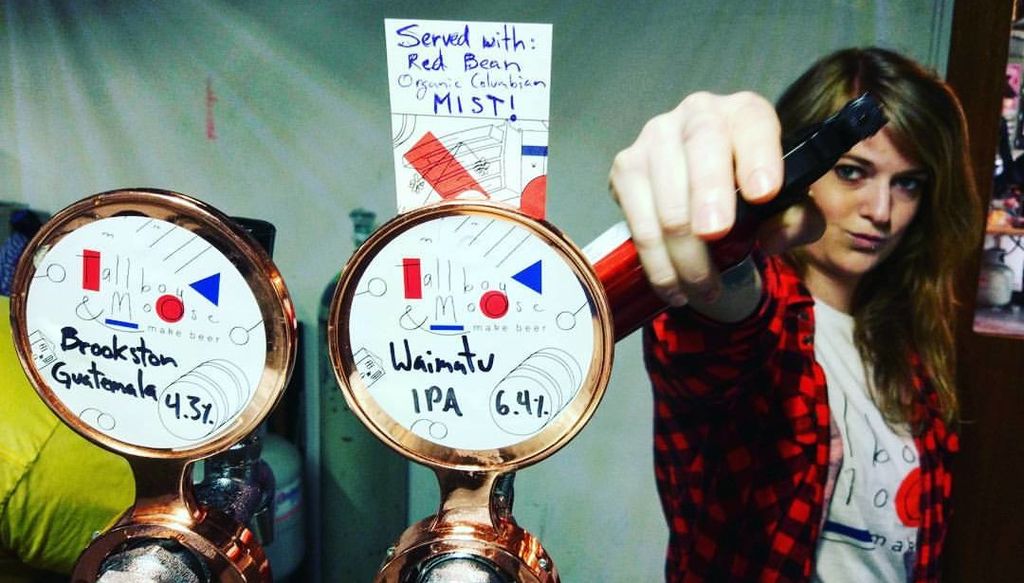 There was a wide variety of styles on offer including a pale pilsner, sour brown, and fruity IPA. Sailors Grave Brewing won creativity points for their white stout made with local sea urchins. (Yes, they brewed a beer using salty sea creatures and experimental ‘yellow’ stage coffee beans.) Brewer Brendan O’Sullivan created a Berliner Weise using cascara (the ‘fruit’ of the coffee plant). While Temple tempted tea lovers with their spiced, aromatic ‘Rye Chai La-Lai’ made with a secret chai mix from Wide Open Road.

Coffee roasters also offered samples of their wares sans beer. Wide Open Road’s complex cold brew was an excellent afternoon beverage to break-up the beer tasting. Aviary’s set-up attracted a lengthy wait, but it certainly made an impression. My plus one described their Black Lion shot as ‘heroin’ for coffee drinkers. Also getting in on the fun was Maker & Monger. The artisan cheese purveyors served up freshly melted raclette cheese over potatoes and shiitake mushroom.

Coffee, beer, and melted cheese. It’s either heaven or as 3 Ravens described it, ‘all the vices in one place!’

– Jenny
Jenny S. loves craft beer and caffeine. As a former Seattle resident, she feels it is her obligation to drink as many coffee beers as possible.

The 3 Ravens are already on track with their Good Beer Week event Perfect Pairings and are contributing to Tall Boy and Moose’s Beerspresso event too. Follow 3 Ravens for more information about their upcoming events.

Disclosure: The Plus Ones were invited guests of 3 Ravens.
Image Credit: 3 Ravens, Tallboy and Moose.