The team behind We Are Kerala and Host Brunswick have joined forces to present a series of collaboration dinners, showcasing Indian food from the state of Kerala with a fusion twist. Mischa Tropp, together with Laura Neville, create a beautiful 4 course meal, focusing on South Indian flavours and these are matched with curated drinks by the team at Host. The food is dominated by flavours of curry leaves, mustard seeds and coconut, but are complimented with a modern twist to bring them into the fine dining world. 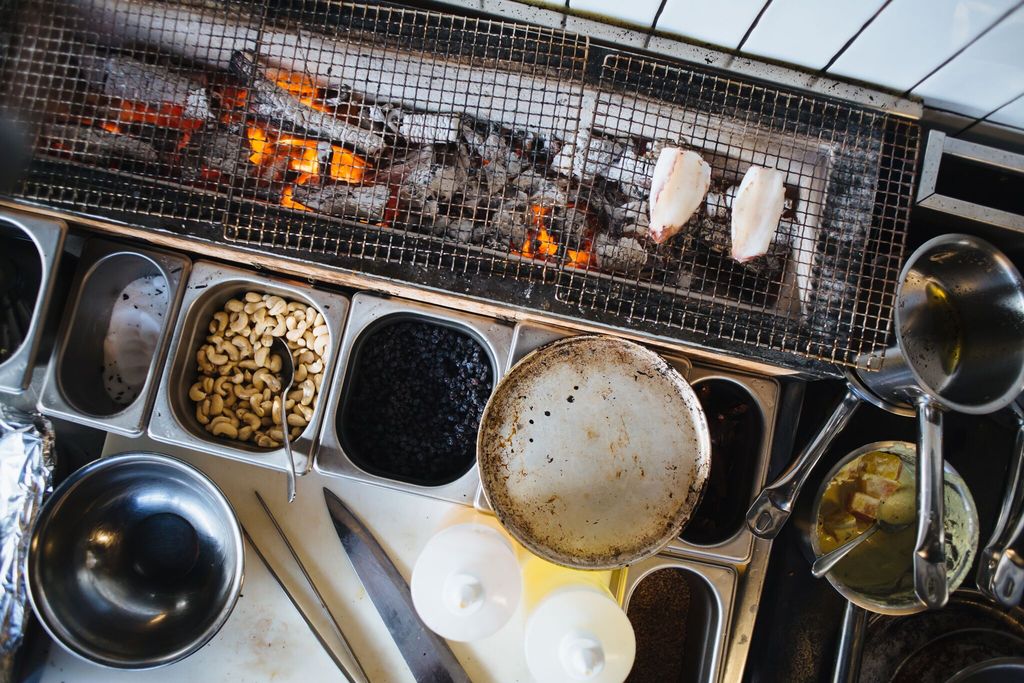 Mischa is of Keralan descent, and both he and Laura have spent time in India learning about ingredients and flavour combinations, which was evident in our meal. Our dining experience commenced with a trio of starters. We were served a passionfruit half with chilli salt, a steamed South Indian rice cake known as idli paired with chicken liver and a parcel of boarfish, goat’s curd, pickled cucumber and curry leaf. There were also vegetarian variants of these dishes, which included chickpea gravy instead of the chicken liver and pickled pumpkin to replace the boarfish. These dishes gave us a taste of what was to come and left us eager for the meal to continue.

The next course was a little more substantial, and consisted of two small plates. The first was raw kingfish served with coconut, Kashmiri chilli and ruby grapefruit, with the vegetarians served smoked tomato instead of the kingfish. This was a fresh dish, with punchy flavours. The second plate was pig’s heart served with a spicy sauce made with a spice blend called recheado. The vegetarian option used grilled eggplant as the base. There was a slight amount of heat in the recheado, but it warmed the palate up for the next course. 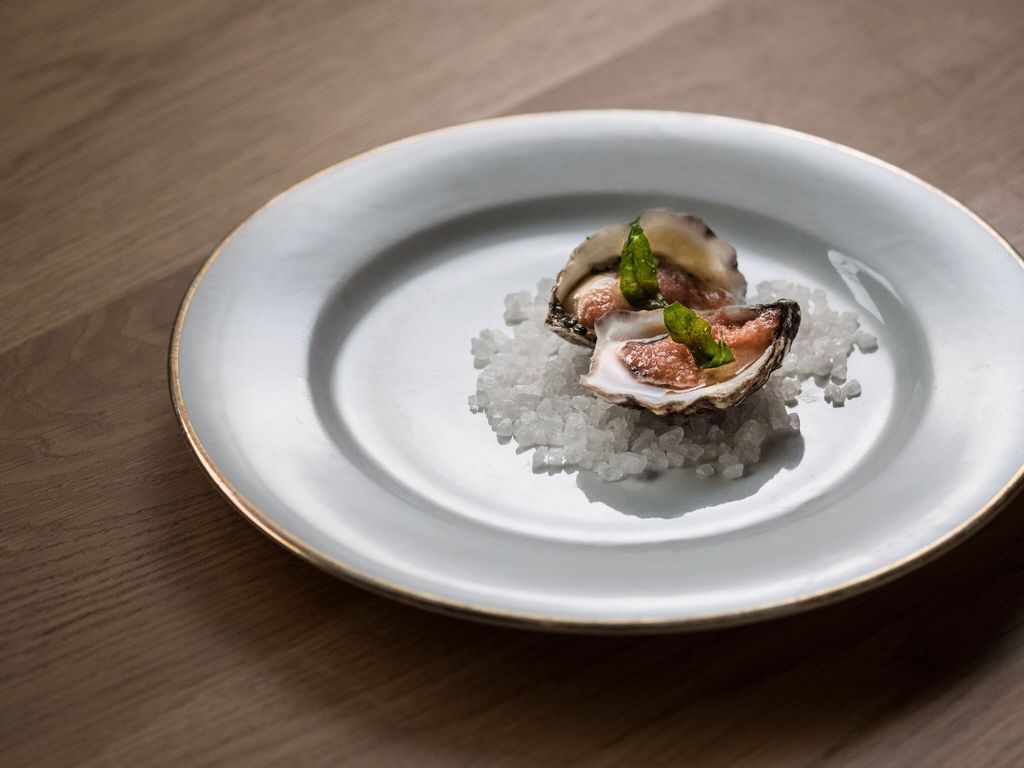 Main course was an array of dishes served on the table, almost like a mini banquet. We received a traditional cabbage curry, known as thoran, an okra pachadi, which is okra in a creamy yogurt based sauce, beef fry (or chickpea curry for the vegetarians), and ghee rice. We were also served some epic sized pappadums which were amazing. The highlight of this course for me was the okra pachadi. Okra has long been one of my favourite vegetables, and when served in the creamy gravy with the strong flavours of spices, it really was a perfect match. I later found out that the recipe was from Mischa’s mother, so it was no wonder that it tasted so good, everyone knows that mums are the best cooks!

By this time we were getting close to ridiculously full, but we activated our dessert stomachs to enjoy the last course. Served on a ginger sable, was a ball of carrot sorbet (or halwa for the Indians!) coated in goat’s yogurt, and topped with cumin praline. The yogurt cut through the sweetness of the sorbet, and it provided a refreshing end to the meal.

Host provided the perfect surrounds to enjoy this meal and the curated drinks were also carefully thought out. We tried the iced soy chai mocktail, but there were alcoholic options on offer too. We Are Kerala are doing beautiful, creative food and I look forward to seeing what the menu holds at their next collaboration dinner in April!

-Moni
Moni loves food. No really, she LOVES food. She spends a lot of time eating, cooking, photographing or writing about food.

We Are Kerala‘s next collaboration dinner is on Monday April 10, at Host Brunswick. Purchase your tickets now.

Disclosure: The Plus Ones were invited guests of We Are Kerala.
Photo credit: Ben Christensen, Tim Harris.