I was so excited to hear about Trainspotting Live.  Especially since it is being performed at fortyfive downstairs: the perfect venue for such an immersive experience such as this. Trainspotting has deservedly gained cult status as it exploded from Irvine Welsh’s novel to Danny Boyle’s classic film. With the long awaited sequel, T2 Trainspotting, in cinemas now, this is the precisely the time to be reacquainted with its memorable characters.

Set in the early 90s, the story follows a group of supposed ‘friends’ from Edinburgh as their lives are torn apart by boredom, unemployment, and the surrounding drugs scene.  From experienced heroin addicts, to the new and curious, this is a frank, and frankly blunt tale of the effect drugs can have on friendships.

With a fine, heavily accented Scottish cast, the audience is instantly thrust slap-bang in the middle of this raw performance. My plus one struggled with some of the dialect, but as a Brit my ears were attuned. 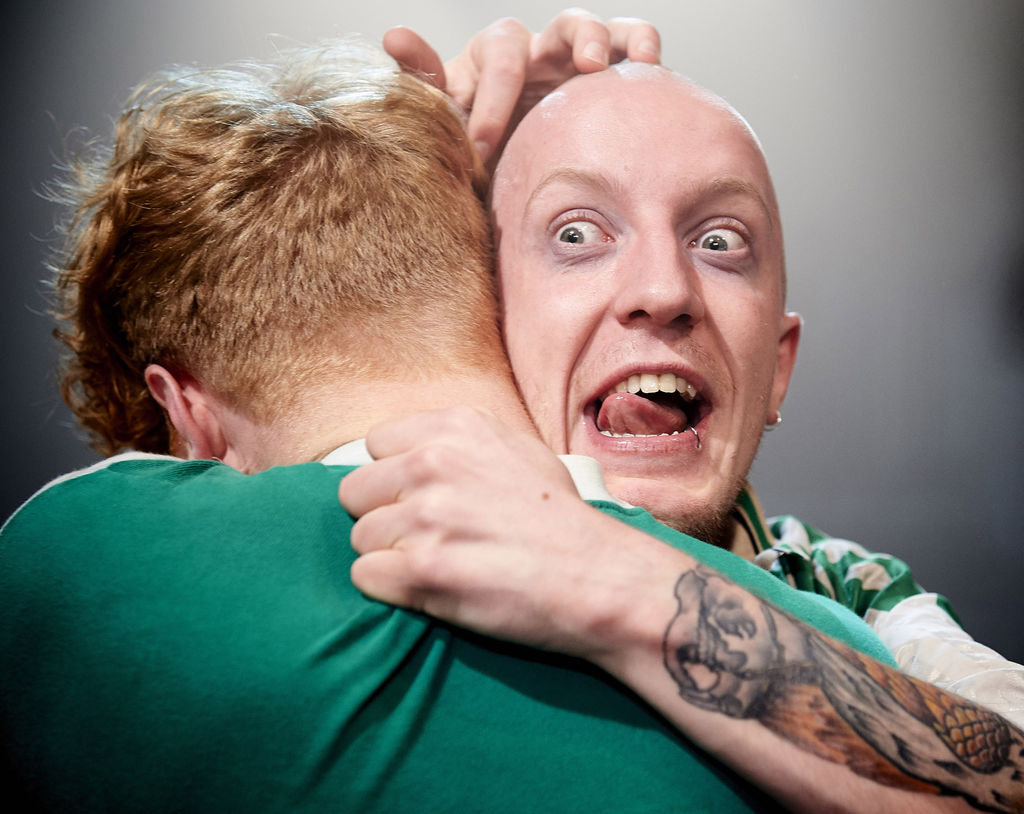 From the moment you walk in, with glow sticks in hand, the explosion of sound hits you hard and hits you fast! You are there: 1990s Scotland. Underground, wide-eyed with your heart pumping. This ‘hold onto your seats’ ride continues for the full 75 minutes.  The already recognisable characters are there, albeit condensed (I missed Spud). They are given a new lease of life and sense of intimacy on the stage that it is impossible to ignore.

For both Trainspotting aficionados and novices, this show is a full-on experience. For lovers of interactive theatre, be careful what you wish for…  especially with the infamous ‘worst toilet in Scotland scene’… Do go! But not in your best clothes.

Altogether, Trainspotting Live is sad, intense, shocking, loud — but also funny. It is Irvine Welsh, after all.

So, in the words of the protagonist Renton: ‘Choose Life. Choose a job. Choose a career. Choose a family. Choose a fucking big television…’ In my words: ‘Choose Trainspotting Live‘.

Disclosure: The Plus Ones were invited guests of TS Publicity.
Image credit: Geraint Lewis and Trainspotting Live Australia.

Cheese and Teeling Whiskey at Milk the Cow – The Perfect Pairing