Nat Cursio’s Tiny Slopes, part of the annual Dance Massive Festival, stars four school-age skateboarders and dancers. A huge open space, with cool chicks, ‘80s anthems, easy camaraderie, plus a Beyonce-strong fan blowing your hair about. What’s not to like?

The work evolved out of choreographer Cursio’s yearning to learn skateboarding. A professional dancer, she only got around to this age 40 — and ended up in hospital as thanks. Undeterred, she saw in this intersection of skill and mastery a question worthy of a dance piece: When do we stop taking risks in learning new practices? When is the risk too much? And, is age an impediment or asset in this?

Four dancers trained in boarding, and four skilled skateboarders, were selected. The two groups trained sporadically over two years to bring us this work of non-stop movement. The casual fraternity owned in the skate scene contrasts with the usually singular and competitive dance space, but these two sets of movers bonded well.

In brightly colourful casualwear, Tiny Slopes‘ dancers had smiles on their faces and a raw attitude of daring, with hair flowing wild and free. As the process of learning a new genre was unmasked, cheeky show-off contests between dancers and skaters were staged.

The stage was the magnificently spacious cavity of the Meat Market, which was laid bare and used to its maximum. The dance-skating came from every angle. Skateboards were manipulated as sculptural objects, stacked on top of each other and slid backwards and forwards; or stood on their heads or sides like shields.

Skateboards were miked to create a soundtrack. The mesmerising sound of wheels rolling gave a cool, grinding backdrop to the flair, elegance, and grace of the bodies in motion atop. 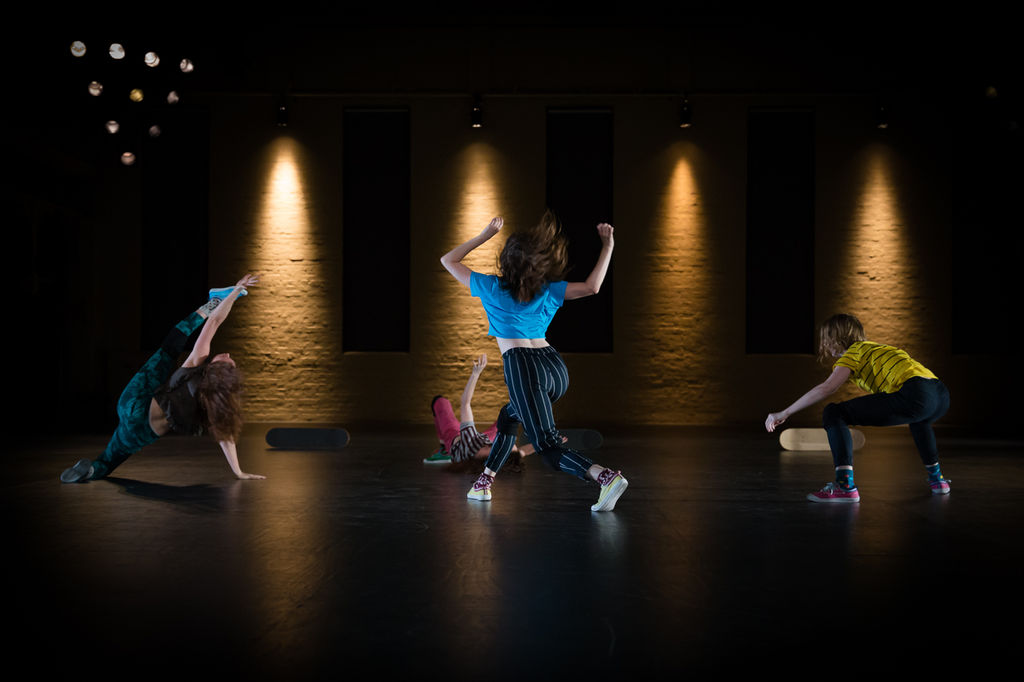 The moves spoke for themselves. Watching the cast glide, slide, lean, lope, balance, jump, flip and run had us hypnotised. Fully-prone bodies slid past horizontally, or looped in 180 degree arcs about the space.

The best moments were when the skaters moved freely in zigzag or snake patterns about the dancers rehearsing their newly-acquired tricks. The glided up close or off stage, through curtains, like the freewheeling risktakers they are. Their suspension in space gave us a real feeling of freedom.

Such a simple concept translated beautifully to into a stellar modern dance work that was quirky and accessible. What began as one woman’s question about ability entertained as bigger piece about contemporary dance/play. The audience enjoyed going along ‘for the ride’ with Tiny Slopes.

Disclosure: The Plus Ones were the guests of TS Publicity.
Image credit: Bryony Jackson.

Cheese and Teeling Whiskey at Milk the Cow – The Perfect Pairing