Imagination caught in a net then whipped up as portable artwear is how we saw the first ever  Melbourne International Millinery Competition, held at Caulfield’s National Trust historic mansion Labassa. Showing entries from across the seas, 70+ creations were greeted with gleeful awe, wowing all creative-minded in the crowd. This show was a story of dreams told in technicolour.

Set inside one of Melbourne’s hidden treasures, this 1863 Italianate mansion, with original 19th century wallpaper and trompe l’oeil ceilings, is distraction enough. It was the perfect setting for the crafted concoctions that paraded through its rooms following a carpet of pink rose petals. Not forgetting the gob-smacking staircase with leadlight windows as backdrop, or the siren-statues who adorn it’s entrance. Presenters The Essential Hat had a dream stage on which to present the entries. 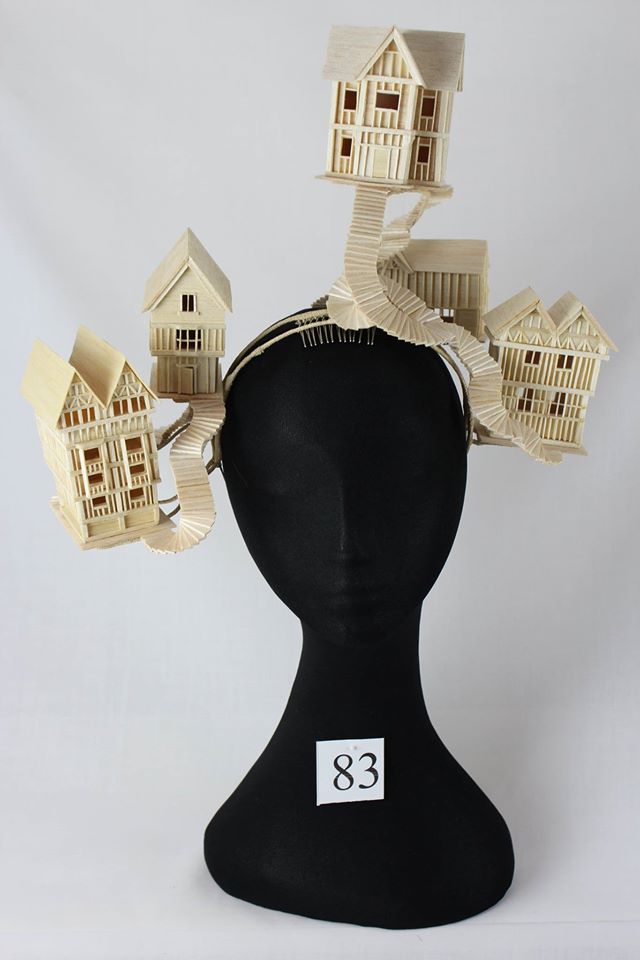 The wares on show were an eye-popping series of fabric confections like hand-crafted desserts you wanted to reach out and grab! Their streamlined finesse hid the hours of handiwork and expertise required for creation. Ranging from historical to futuristic, vampish to muted, elegant to cheeky, experimental and theatrical, the enthused audience clapped when asked if this inaugural event deserved repeating. Each hat, an exercise in geometry, a sculptural and technical marvel, ‘coalescing into a masterpiece’, in the words of the judges.

Entrants came from Europe, the UK, USA, Japan, from across Australia, and local and foreign sponsors supported this event via prizes. Judged by three practitioners, including one who produced works for The Dressmaker film, submissions were assessed on execution, originality, impact, and appeal. It was nice to see teachers presenting awards to their students.

The wonder of this field is in its variety. Each hat was an investigation into height, depth and breadth. Highlights included a hat of small matchstick houses ‘built’ into a brace; high-feathered headdresses fit for an opera diva. Tiny, masculine caps with delicate multi-coloured hand-beading (the winner). Australian native flora and fauna featured, as did splashes of sheer colour from younger entrants. Built to frame a face, some hats worked to conceal, rather than reveal, the person beneath, being equally intriguing. 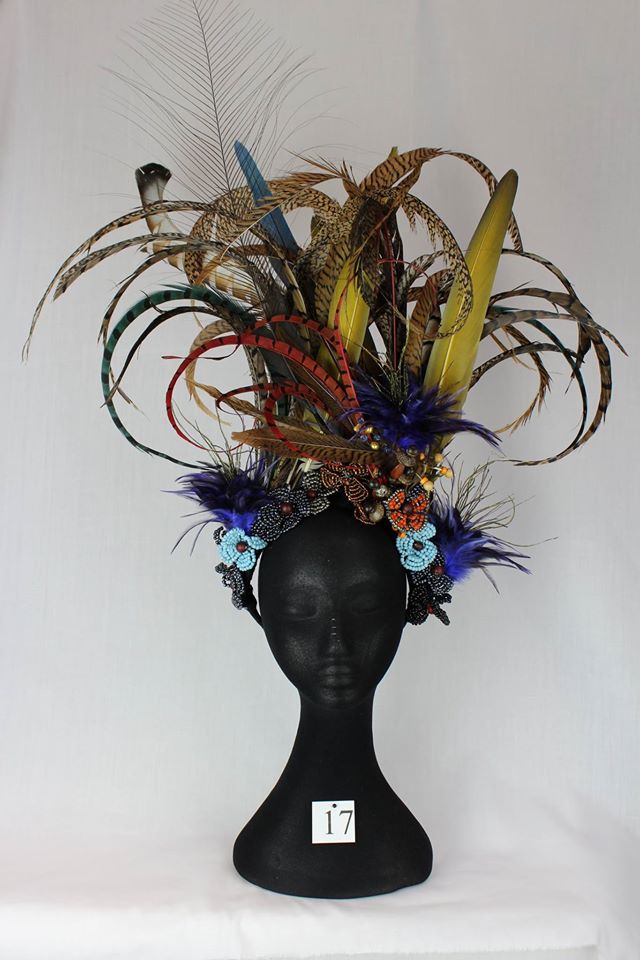 The hats were little slices of heaven, future family heirlooms, and most on offer for sale. Many planned their attire for this year’s racing season.

We need to sport more in hats! Elegance has had her rest break and is sorely needed back on the catwalk of everyday life. The challenge is on for 2018, hopefully with more of the masculine gender submitting entries. Let’s get some peacocks into the parade!

Disclosure: The Plus Ones were the guests of MimC.
Image credit: MimC.