Melbourne has a reputation for its hidden secrets. With endless laneways and seemingly hidden venues, it seems like every happy hour and evening on the town is ripe with surprises. This week was no different, as my friends and I took to The Moat, a discreet underground bar and restaurant located just beneath the State Library. Tonight’s happy hour would be accompanied by the melodic writings of the late Welsh poet Dylan Thomas, read and performed by a unique and unexpected trio of artists. 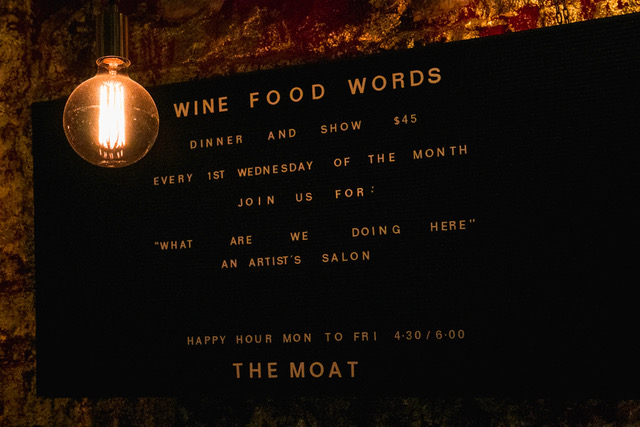 As the dinner service began to quieten down and the harp’s cover came off, the room began to wonder what would unfold. For what has slowly become its once monthly event for the venue, performances like this have come back to popularity, and tonight’s sellout crowd was an indication of just that. An opening tune was delicately strummed by the master harpist, a legend of Melbourne’s symphony orchestras, which immediately silenced and lulled the audience of this intimate setting to a near meditative state.

Words from the first poem began to drip as delicately as the harp’s notes were strummed, and a story of love unfolded. These tales of heartbreak and beauty, by a poet I knew very little about, suddenly took us all on a journey through our own lives. Just like that, the harpist was plucking on our heartstrings, and not an instrument. 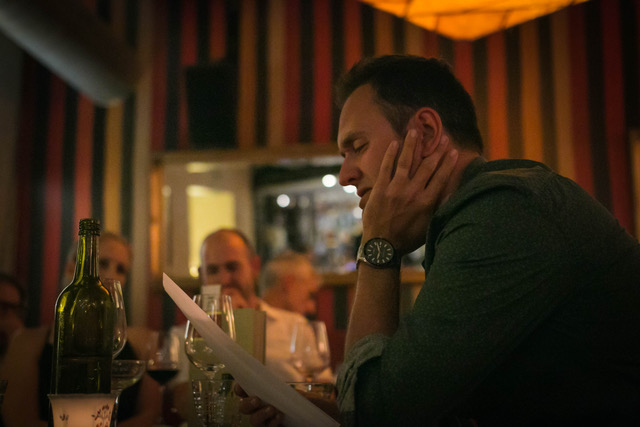 Listening to Dylan Thomas’ pieces, most of which I’d never heard before, save for one by Michael Cain’s character in the movie Interstellar who recites Do Not Go Gently Into That Good Night, I was fully captured in the moment of its writing. I felt the love in each word as my own, and the humour of each scene, as if it was my own memory. Spoken in rhythmic time emulated by the harp’s strums, most eyes in the room were closed taking in the beauty of each scene. 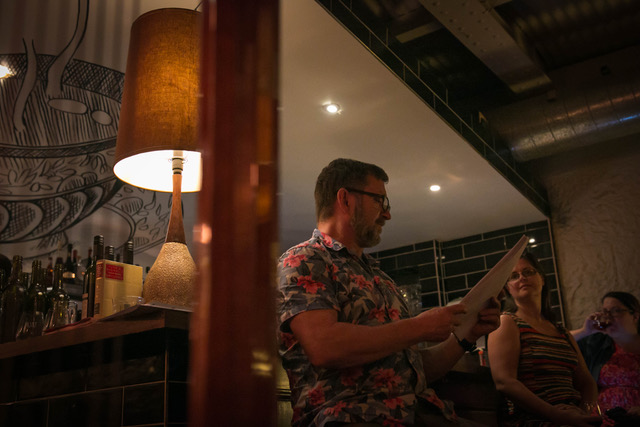 After the show we spoke with one of the readers, a local actor, who pointed out that sometimes performing for an intimate audience in a sell-out venue such as tonight’s was more fulfilling than a half filled theater. It’s no wonder then that places like The Moat are finding events like this to be so attractive to its audiences. As we slowly walked back to street level to go our separate ways, we swayed in unison as if we’d just come off a cruise ship. Drunk off poetry, we quietly parted with smiles on our faces. The Moat proved to us that the weekday dinner and a show is definitely back!

– Alex
Alex Tafreshi is a freelance filmmaker, photographer, and writer currently searching for the cure for wanderlust in the South Pacific. Check out his research and findings on Instagram @theglobehop & Facebook.

The Moat regularly host various events, to keep up to date like them on their Facebook page.

Disclosure: The Plus Ones were invited guests of The Moat.
Image credit: Alex Tafreshi.