A rock tribute night of Aussie greats and mates was presented at Six Ribbons – Remembering Jon English at the historic Athenaeum Theatre.

Anthemic songs written by Jon rolled over in a chorus line of back-to-back song magic that delighted the many fans, come to savour the musical excellence from a performer with a heart of gold. This was a night of superstars and friends gracing the stage. It was a musical standard of the highest order, befitting the status in which English is held in the music industry. His mates rocked the house down.

This night was based on an event he and other artists had performed in Rock The Boat in recent years. After his untimely passing, his long-term partner (and agent) Coralea Cameron was persuaded to plan a night to showcase English and his work. 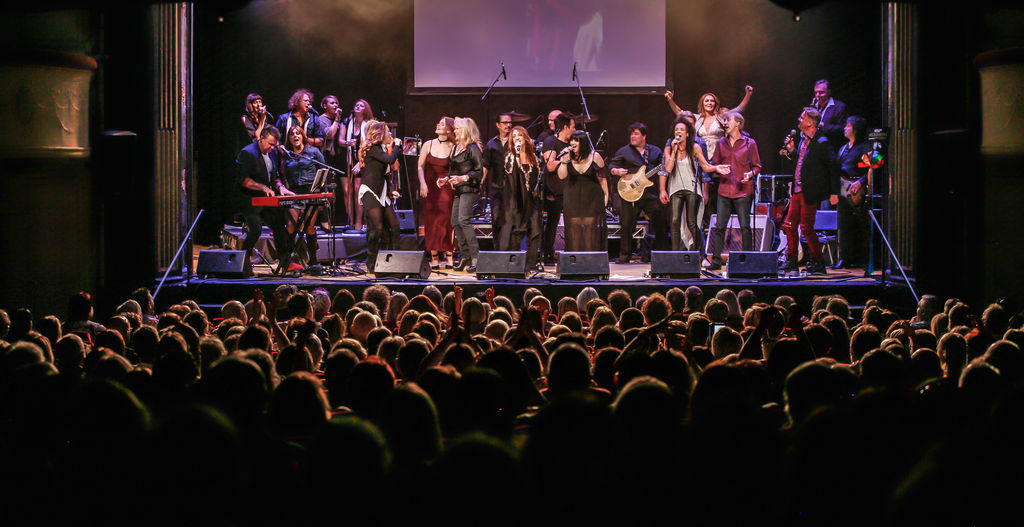 U.K. born but Australia-raised, Jon dedicated his life to becoming one of this country’s Class A songwriters, with recognisable hits such as Six Ribbons, Hollywood Seven, and Some People. A gifted poetic lyricist, with a flair for riffs and harmony, Jon was ‘happiest performing’ centre stage. With looks and presence that commanded attention, he also held an authenticity and larrikin charm.  Beguiling fans for decades, English seemed born for the stage. He lived to tell stories, and possessed ambition and flair for reinvention to boot, making his long career a successful one.

Showcasing his broad reach, the evening spanned his career: his youth as a leading man in seminal musical Jesus Christ Superstar, through 1970s rock stardom, acting roles in tv series, stage work in Gilbert and Sullivan, and in the creation of his very own rock-opera, Paris  – A Rock Odyssey, to be performed in July at the Melbourne Recital Centre. It was hard to believe one person could try so much and succeed. Such was the magic of Jon English.

Highlights of this night of all those who love black denim were host Peter Cupples (ex-Stylus), Brian Mannix and the Chantoozies; Screaming Jets lead singer and ex- Angel, Dave Gleeson. Wilbur Wilde, Scott Carne, Wendy Stapleton, Lisa Edwards, and the tight Trilogy Of Rock band, who thrilled with a Beatles medley (The Beatles being the first concert English witnessed, persuading him to become a rock singer). The many female singers from across the Australian rock scene shone. Touchingly, everyone on stage had performed with Jon. 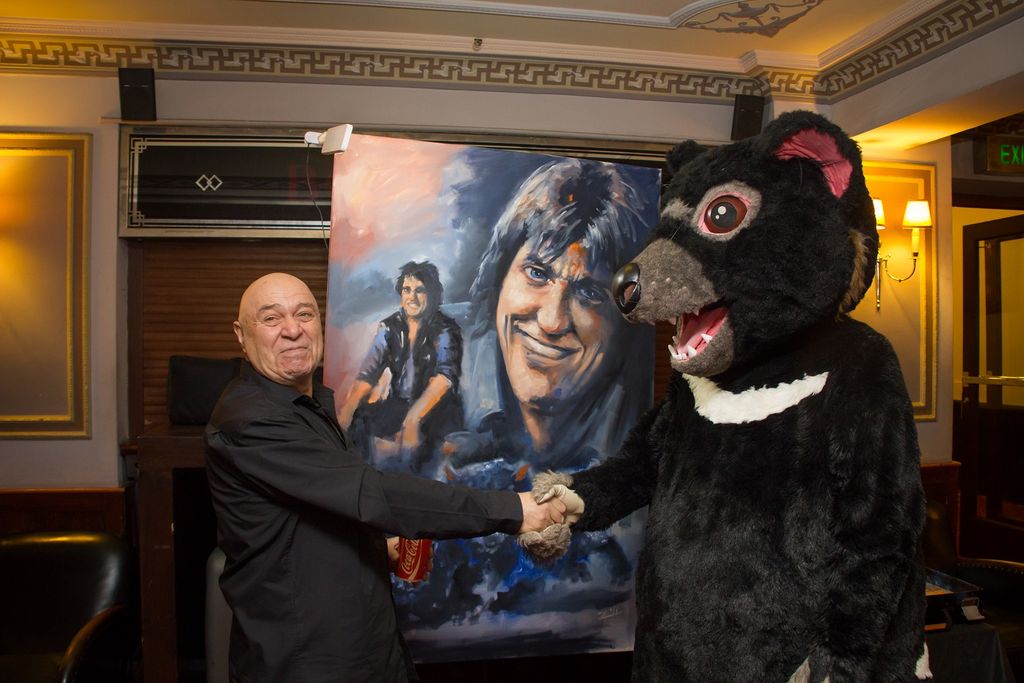 At interval, a portrait painting with Tassie devils was auctioned as a fundraiser for Jon’s charity, Save The Tasmanian Devil Program Appeal.

The best bits were the audio and video footage of the man himself — laconic, rich, heartfelt and with a voice any rock star would kill for. They brought a tear to many eyes. When the artists sang his songs, for a moment in time, we were back with him. We could feel the gratitude in the audience, for the incredible artistic output of his life, and for the man himself.

Jon English was a leader who nurtured and respected other musicians and artists, a tower in the national rock scene. Although gone from us in physical form, his legacy lives on in his music. Jon, we salute you!

Donate here to Save The Tasmanian Devil Appeal.

Disclosure: The Plus Ones were the guests of Hot Off The Press.
Image credit: Chelle Carr.

‘Hilda & Freud’ at the Malthouse