Melbourne never fails to amuse. March is no exception, with its naked bicycle rides, its festivals with whacky names (Hot Dub Wine Machine), and its crazy-awesome food festivals. Margaritas? Food and film? Donuts and…beer? We have it all in Melbs this month.

Not to mention there are some fantastic yearly festivals making their return, from the Alliance Francaise French Film Festival to VAMFF to the beloved Brunswick Music Fest. Read on for more, including a little somethin’-somethin’ from our favourite secret roaming jazz party. 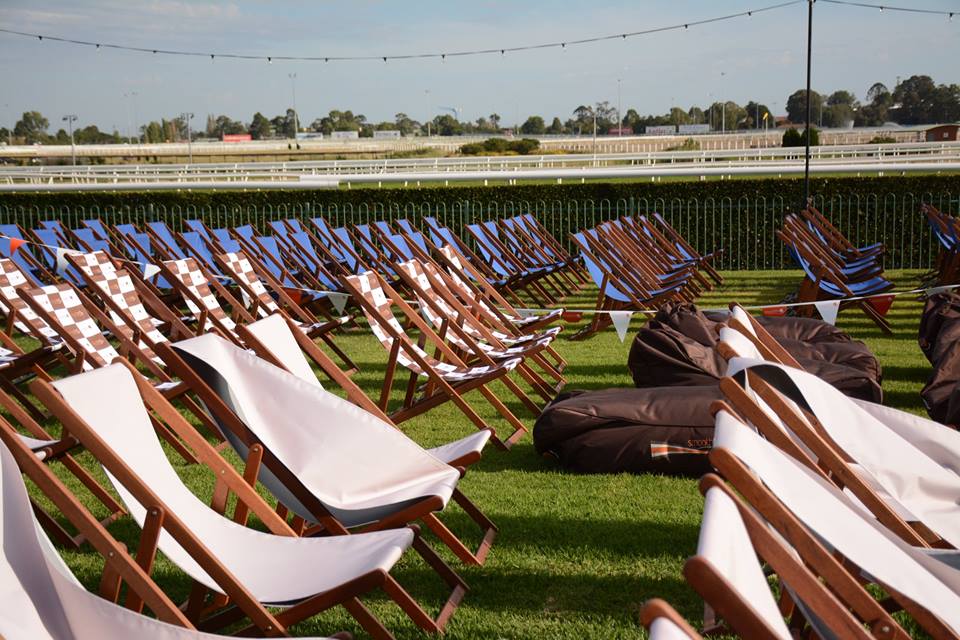 From runways upon runways to underground fashion parties, VAMFF turns Melbourne into the style capital of Australia. (As if we already weren’t.) There are so many events we’ve done the legwork and picked out our top five favourites.

We enjoyed this last year, and we’re thrilled Gourmet Cinema is back. Taking place at Caulfield Racecourse, its tagline is ‘menus inspired by movies’. Pair an outdoor film with some of the hottest places in Melbourne: Baby Pizza, Meatmaiden, Kong. There’s the Pimm’s Garden Bar to boot. Plus, our faves Dal Zotto Wines has special two-for-one prosecco during intermission.

Their description says it best: ‘In 2009 Stephen Hawking threw a Time Travel Party. The theory was it would be recorded in history and in the future Time Travelers would read about it and come back. But no one came…So Culture Jam is throwing a fucking wild party, and with everyone in costume, time travelers of all shapes and sizes can fit right on in incognito.’ Count us in. 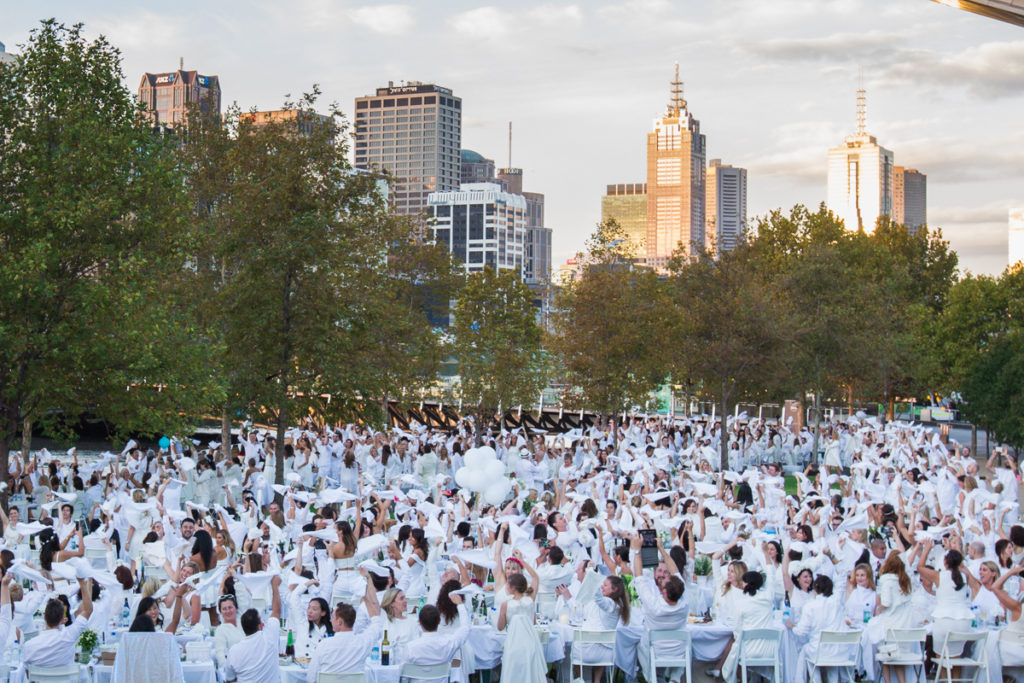 The past two years this has been a highlight of our year, even winning in the 2016 Experiential Awards. Imagine: a secret location only revealed on the day. Hundreds upon hundreds of people dressed head-to-toe in white, dining on white tables.

Boogie your heart away at the (free) Sydney Road Street Party kicking things off on Sun. 5 March, or attend one of the many fine musical acts. For 30 years they’ve turned Brunswick and its environs into a music festival hotspot, with an emphasis on international artists. This year you can listen to music from places as diverse as Spain and Canada.

Everyone’s favourite bar, Cookie, celebrates the beloved cocktail. Come for the 1pm margarita-making class; stay and talk to the reps from tequila companies Tequila Tromba, Don Julio Tequila, Olmeca Tequila, and Fortaleza Tequila. Did we mention there are six margaritas to try? 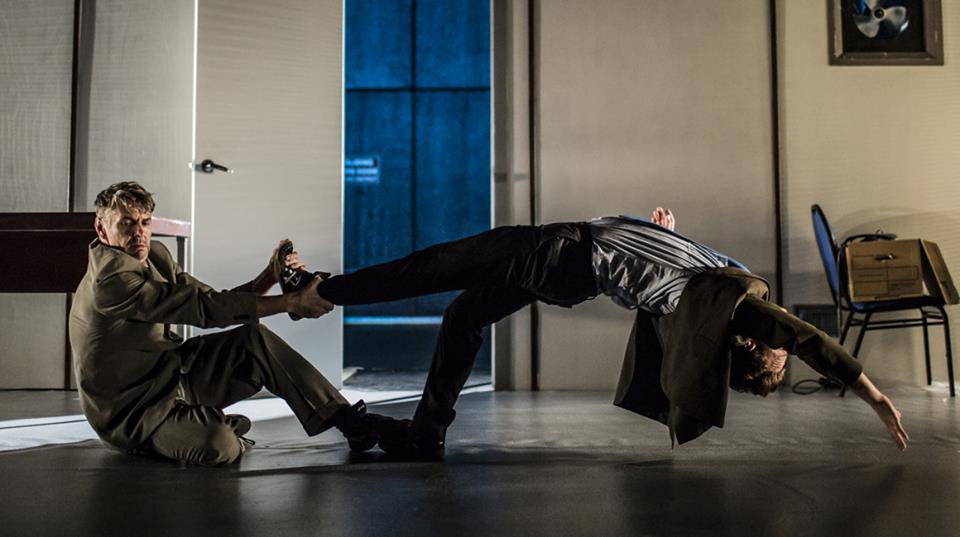 43 features and 2 documentaries make up the programme at the French Film Festival this year. Luckily, we’re here to help: read our guide and get busy booking in. Add some French culture to your life over the festival and experience drama, comedy, and everything in between.

Surprisingly, this festival wasn’t invented in Melbourne. But Melbourne’s the first Aussie city to throw it, so kudos to us. The Village hosts this now-expanded festival, marrying beer with more donuts (or doughnuts) than your body can probably handle.

The largest contemporary dance festival in Australia, Dance Massive returns for its fifth year with a programme that will leave you in awe of  what the human form is capable of doing. Watch a street battle from b*boy and b*girl crews; witness dancers learn skateboarding; revel in contemporary dance performances.

Get yer kit off and get on a bike! Taking place around Fitzroy on a Sunday afternoon, this annual (and worldwide) event is some of the most fun you can have (either as a cyclist or a participant). Adorn your body or bike with paint and flowers and spread joy throughout Melbourne. 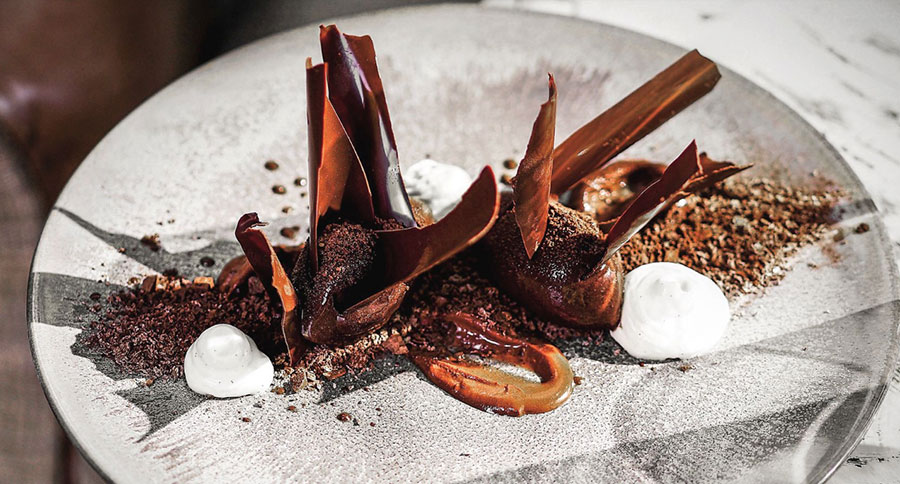 So…many…puns. We can’t get over it — but we’re definitely getting in our cars for the drive to the Yarra Valley for this all-day festival at Rochford Wines. Featuring Hot Tub Time Machine, Miami Horror and more top acts, this is one event we won’t miss.

‘New Orleans meets Twin Peaks. This is Jazz Party.’ Popping up around town for the past couple of years, we’ve been keeping an eye on this ‘secret jazz society’ and have often recommended you all go. This time, they’re launching an EP — and it’s a Friday, not a Monday. All the more reason to partake.

As if Melbourne needed any more excuse to eat great food, we have the 2017 Melbourne Food & Wine Festival heading our way at the end of the month. Many options have already sold out, so check through the schedule and start booking in for a tasty few weeks.

Melbourne International Comedy Festival 2017: The Plus Ones’ Guide